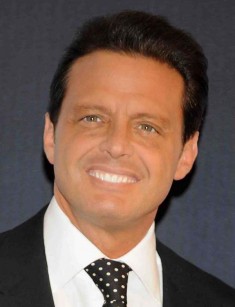 When the President of Mexico José López Portillo was celebrating his birthday, his daughter decided to give him a unique music present and introduced Luis Miguel as the child who could sing like an angel. It happened in 1981. From that time, millions of people enjoy the singer’s unusual voice that spans three octaves. His discography contains only gold and platinum albums. In his home country, people call Miguel the sun of Mexico.

Luis Miguel was born in April 1970 in the capital of Puerto Rico, San Juan, into the family of a Spanish singer Luis Gallego (Luisito Rey) and an Italian actress Marcela Basteri. The musician has two brothers, Alejandro and Sergio.

The father was a professional musician. As soon as he realized his kid had a strong voice different from his peers, he finished his own career to become Luis’s personal manager and to work on the rough diamond.

At that life-changing birthday party, an EMI Records agent was present. At the age of eleven, Miguel signed his first contract. In the next three years, the talented child had four albums released.

In 1986, Luis’s mother disappeared. Gallego turned out to be a tyrannical producer. From the early age, Luis Miguel learned the burden of show business and started hating his father for his fanatic urge to earn more. He waited until his 18th birthday, split up with the previous team, and found a new one. Thus, he could choose his own repertoire. Luis was not in touch with Luisito until his death in 1992. As the young man learned the sad news, he canceled an upcoming rehearsal, although he gave a concert then. He asked the audience to overcome that sorrowful moment.

Luis Miguel works in pop, bolero, mariachi, and ranchera genres; he also performs ballads in English, Spanish, and Italian. More than 100 million copies of his recordings have been sold.

At 14, the singer won his first Grammy Award for the song “Me Gustas Tal Como Eres” that he performed in a duo with the Scottish singer Sheena Easton. At 15, Miguel was a Sanremo Music Festival laureate with the hit “Noi Ragazzi di Oggi” created by Toto Cutugno.

Young Luis also appeared in movies. Still, he earned his fame with the movie soundtracks that were released in the albums Fiebre de Amor and Ya Nunca Más. The latter work became the musician’s first gold album.

The fifth album Soy Como Quiero Ser reached the platinum status five times and the golden one – eight times. More than that, all Miguel’s singles and full studio albums were marked with the “precious-metal” achievements in Spanish-speaking countries.

In 1990, the album 20 Años came out; it is considered to be one of the singer’s most successful works. In 1994, the man sang “Come Fly with Me” with Frank Sinatra; the next year, he was invited to the master’s jubilee concert and released the music video “El Concierto.” At 26, Luis Miguel had his own star at the Hollywood Walk of Fame. At that time, he had won three Grammy Awards, three World Music Awards, and the MTV Award for the music video “América, América.”

In 2001, Luis Miguel presented the album Vivo in the Villa Casuarina, Miami; the famous fashion designer Gianni Versace was shot in that very mansion.

In 2005, Luis had one of the greatest tours “Mexico en la Piel” and gave concerts in the USA, Mexico, and Argentina. Billboard Touring Awards called it the highest-yielding show of the year.

On the one hand, Miguel’s personal life has not been stable; on the other hand, nobody has doubts about his sexual identity. Lucero, Luis’s partner in the movie Fiebre de Amor, became his first love. The actors were very young, and their parents looked after them strictly. As a result, their mutual affinity did not work out.

In 1987, the singer met the director’s sister Mariana during the shooting of the music video “Cuando Calienta el Sol.” The woman was seven years older than Luis, and the stern father did not approve of his son’s choice again. In six months, the couple suddenly broke up; it was Luis who made that decision.

Later on, the media spread the speculations about Miguel’s affair with Lucía Méndez. Naturally, the singer denied it: the woman was married.

The media believed the romance with Mariah Carey was the happiest one for Miguel. In comparison with the previous affairs, the singer did not try to hide his feelings. As soon as the wedding was coming, Luis accused his beloved one of cheating on him with the rapper Eminem. The relationship ended with a scandal; Carey had a nervous breakdown and went to a hospital. Miguel found comfort in the company of the journalist Myrka Dellanos.

In 2007 and 2008, the singer’s sons, Miguel and Daniel, were born. However, the man did not marry their mother, the series actress Aracely Arámbula. Rumors had it the woman was too vain, scandalous, and always brought crowds of relatives to the house so that Luis could not have a rest. When Aracely’s brother Leonardo tried to intervene in Miguel’s career management, the singer was fed up.

Luis also has a daughter Michelle born out of wedlock; her mother is a Mexican actress Stephanie Salas.

In spring 2017, the American authorities arrested the nine-time Grammy winner for the non-payment of the debt to his former manager; it was $1 million. Luis turned himself in and was released on bail soon.

In April 2018, Netflix presented the drama series Luis Miguel, the screen version of the Latino-American star’s life. Two years earlier, the Hollywood producer Mark Burnett bought the rights to work on the series.

Soon, the creators of the TV version faced problems: Luis did not like the fact that the project was filled with made-up moments which damaged his image.

Still, those challenges did not prevent Miguel from touring to support his recent album ¡México Por Siempre! The tour embraced 56 American and European cities. Once again, fans made sure the handsome man (his height is 178 cm., and his weight is 74 kg.) with a touching voice is a true sex symbol. 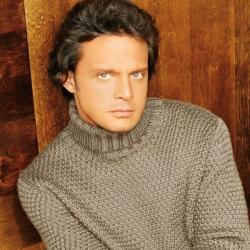