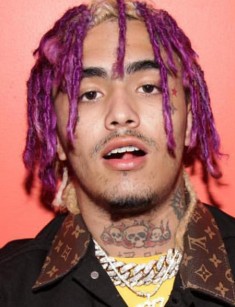 The author of the scandalous “esskeetit,” the rapper Lil Pump started his road to the global success at 15. The young rebel is notable for the bluntness, disrespect for moral principles, and love of making up new words. “Esskeetit” rooted in the hip-hop musician’s vocabulary so much that the young man gave his dog this name.

Gazzy Garcia was born on August 17, 2000, in Miami, Florida, into the family of Mexican emigrants. The future musician spent his childhood in the streets of the disadvantageous neighborhood. As a result, the boy did not respect rules, and only famous rappers had the authority for him.

The street upbringing brought its fruits: from the primary school, Gazzy had tense relationships with his classmates, participated in fights, and often had to stay at school after classes – it was his punishment for misbehavior.

Eventually, teachers got fed up with Gazzy’s troublesomeness; in high school, the young man was expelled for taking drugs. Still, he was not upset: at that time, the future star met Smokepurpp (Omar Pineiro) and spent most of his time in a recording studio communicating with hip-hop musicians.

Although Gazzy loved the dynamic genre, he was not going to perform and record songs independently. It was Smokepurpp who inspired the talented youth to create his own track: Omar was recording his new composition when he heard Gazzy freestyling. Smokepurpp persuaded the young man to sketch a simple song. Both the full-fledged rapper and the beginning hip-hopper took fancy in it.

In 2015, Gazzy’s first significant track “Lil Pump” came out. At that time, the young man was still unsure whether he wanted to be involved in music. Nevertheless, he uploaded the song to an online music website. American rap fans immediately noticed Gazzy.

The young man took the pseudonym Lil Pump; he was inspired by the successful start and strengthened his position by the debuting music video; Smokepurpp took part in its creation.

People paid attention to both the track and the music video but marked the rapper was still a beginner. The musician kept developing. In August 2016, he had the second song “Elementary” released; without waiting for fans’ approval, he recorded the music video set on the background of the school where he was expelled from a couple of years ago.

Lil Pump continued to collaborate with Smokepurpp: the rappers held the tour “The Meantime.” However, the wider recognition came only after the song “D Rose.” Due to this track, Gazzy gained the unofficial status of the “new-school” hip-hopper and blew online music sites. The song “Boss” solidified the musician’s position.

2017 was brilliant for Lil Pump as well. In April, fans had the chance to enjoy the new song “Flex Like Ouu” and the music video; the first six months brought 50 million views.

Soon, the young rebel officially announced he was going to present a new album. Instead, the song “Gucci Gang” created with Smokepurpp came out. The song is about two important parts of the rapper’s life: the brand Gucci and close friendship with Smokepurpp.

To meet his fans’ expectations, the hip-hopper presented the solo album Gucci Gang soon. Although it was popular, musical critics did not appreciate it. According to some reviews, Lil Pump’s works harm rap as much as Donald Trump does as the President.

Lil Pump is not a monogamous man: he is accompanied by crowds of unknown women who change each other from party to party. With the youthful exuberance, he claims he will never buy a wedding ring for anyone.

Rumors had it the rapper was dating Danielle Bregoli. The 15-year-old rebel is known as Bhad Bhabie; she is the youngest rapper among women. Still, the rumors were never confirmed. Lil Pump’s Instagram page is full of pretentious photos where the young man is single.

January 2018 began with presents: the rapper ordered gold charms decorated with jewelry; the total cost was $350 thousand. Lil Pump kept only a few items and gave the rest to the workers of the recording company Tha Lights Global that collaborated with him for several years.

February was stormy: Lil Pump got to prison. According to the musician, there were intruders in his house. The rapper fired a shot to save his life and treasures.

The police arrived but found no traces of intrusion; they confiscated the unregistered weapon and drugs. A couple of days later, the singer was released as an underage person.

In March, the artist signed the contract with Warner Bros. Records. The label used to collaborate with Lil Pump earlier, but the first agreement was declared illegal because of some document errors. The young man got $8 million as the advance payment; if he continues to work with the company, he will receive $12 million plus the royalties from music services.

The rapper has recently announced the mix-tape Harvard Dropout, although the release date is unknown. Today, fans enjoy the new track “ESSKEETIT” and its music video that Lil Pump posted on his YouTube channel. The video had 7.5 million views in less than a month. 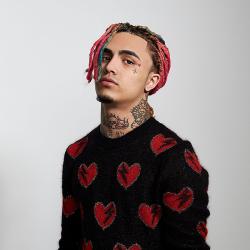