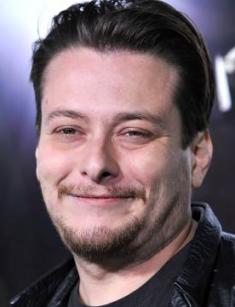 Edward Furlong received acclaim as a child actor. Edward was one of the most recognizable children after playing the role of John Connor in Terminator 2: Judgment Day. However, when he grew up, Furlong, as well as Macaulay Culkin, lost his fame.

Edward Walter Furlong was born on August 2, 1977, in the town of Glendale, which is located in the western United States near Los Angeles (California). The future actor grew up without a father. Edward has never seen his dad but claims that the latter is Russian. The actor is of Mexican descent on the side of his mother, Eleanor Torres. Furlong is the surname of the stepfather with whom Torres lived for some time.

Furlong’s childhood was not happy. Eleanor worked at the youth center, and they were always short of money. Later it turned out that the woman did not cope with the difficulties, and she sent her child to sister Nancy and their half-brother Sean who obtained custody of him. The young man lived with his aunt and uncle until he turned 16 years old, and then he became emancipated through court action.

The actor admitted that he was an ordinary child who was interested in outdoor games with boys. Edward was not the sharpest tool in the shed; he never thought about the world of great cinema and certainly did not participate in school plays.

In 1991, one event turned the boy's life upside down, giving him a golden ticket. It happened at the Pasadena Boys and Girls Club. 13-year-old Edward, who stood in a queue with other teenagers, was noticed by Mali Finn, who was looking for a young man to play John Connor in James Cameron's action movie Terminator 2: Judgment Day. The gifted young man managed to make a name for himself. Edward outperformed thousands of competitors at the audition and got a cherished role in the sci-fi film, which eventually became cult.

Perhaps everyone knows the franchise, based on the story of a war between ordinary people and smart cyborgs. Edward’s character, John Connor, is one of the main heroes, humanity's last hope of for salvation and peaceful existence. Although Furlong played with world-famous stars (Arnold Schwarzenegger, Linda Hamilton, and Robert Patrick), the beginning actor did not go unnoticed. On the contrary, he gained worldwide recognition and fame.

Boys dreamt of being like Edward Furlong. They let their hair grow to have the same hairstyle, wore jeans, and begged their parents to buy a motorcycle or at least a leather jacket. The poster with John Connor, who was holding the wheel and looked serious, hang in the room of almost every teenager. The actor admitted that he could not easily walk down the street and go to the boy's club because people recognized him everywhere. His friends did not hesitate to ask Edward to get autographs of famous stars.

But few people know that while working on Terminator 2: Judgment Day, Edward got on the director’s nerves. Rumor has it that the boy almost lost his role because he stopped the shooting. The young man forgot and mixed up his lines. During the filming, Edward’s voice began to crack, so dubbing actors had to voice Connor’s character in some scenes.

After the overwhelming success, Furlong received new proposals from directors almost every year. In 1992, Edward landed a role in the horror film Pet Sematary Two, based on the story by Stephen King. He also played in the crime film American Heart (1992), alongside Jeff Bridges and John Boylan. Moreover, at the same time, the young man became interested in music and even recorded the pop-rock album Hold On Tight.

In 1994, Edward played the leading role in John Flynn's psychological thriller Brainscan. The plot revolves around a dangerous game that takes the user to virtual reality. The main character, high school student Michael, plays computer games day and night, forgetting about the lessons. But the young man does not know that the murders he commits on the screen also happen in the real world.

One year later, Furlong appeared in the crime movie Before and After, which told about the brutal murder of a girl in a small town. In this film, Edward played the son of a doctor and the main suspect. The young man was lucky to work on the same set with such actors as Meryl Streep and Liam Neeson. In 1998, Furlong and Edward Norton starred in the sensational film American History X about the neo-Nazi generation of skinheads. It is noteworthy that for this role, Furlong drastically changed the image and shaved his head.

At the beginning of the new century, the actor appeared in the crime drama film Animal Factory (2000), which director was Steve Buscemi. This movie tells about the prison, where the law of the jungle was imposed. The film also starred Willem Dafoe, Danny Trejo, Mickey Rourke, and Tom Arnold.

It should be mentioned that Furlong often starred in low-budget projects, which received negative reviews from critics. For example, he participated in the movies: Cruel World (2005) and Canes (2006). The actor said in an interview that it was money that encouraged his work activity. In 2009, Edward took part in Adam Gierasch's vampire thriller Night of the Demons, in which he worked with Shannon Elizabeth and Monica Keena.

In 2011, Furlong played in the superhero action movie The Green Hornet. However, he got the secondary role of Mr. Tupper. But the same year, Edward landed the leading role of a screenwriter named Jack in the movie Below Zero. It is a psychological drama telling about the life of a writer who had a creative block. The protagonist is trying to commit suicide in an extraordinary way. The young man locks himself in a meat locker. But Jack's imagination merges reality and fiction, so terrible and bloody things happen before his eyes.

In 2013, Edward appeared in a low-budget horror movie again that received mixed reviews from movie fans. The actor starred in the trivial horror comedy film The Zombie King. The same year, Furlong played in the movie Stitch directed by little-known filmmaker Ajai, and also go bit parts in the projects Assault on Wall Street and Awakened.

Viewers know that some famous actors began to pursue their career in childhood (e.g., Daniel Radcliffe, Christina Ricci, Emma Watson, and others). When Edward grew up, his appearance has changed over the years, so he does not resemble John Connor anymore. Furlong gained weight due to alcoholism and drug addiction, and dark circles under his eyes appeared on the man’s face. Therefore, movie lovers who remember the lovely boy cannot get used to the new image.

Edward’s career began to decline. Over time, the actor started to accept offers from little-known directors and also play bit parts. Due to alcohol abuse, the producers of The Terminator refused to give Edward the role of John Connor in the third part of the franchise. It is known that Furlong could have gone to jail for drunk driving.

As for the romantic relationship, Edward dated Jackie Domek who was 12 years older. But their mutual feelings faded due to financial disagreements and other everyday problems. In 2006, Edward made a marriage proposal to Rachael Bella, and she accepted it.

The same year, the couple had their first child, Ethan, but three years later, their relationship ended. Furlong continued to use cocaine, so after the divorce, the actor’s meetings with his son were supervised.

"I don't even think about (partying) anymore. It seems lonely now: running and clubbing and doing coke. I have nightmares about doing hard drugs. I'll wake up, and I'm like, 'Did I relapse?”, the actor admitted in an interview.

It is also known that Edward does not use Instagram; however, there are fan pages with a lot of Furlong’s pictures.

There are rumors that in 2017 the film The Reunion is scheduled to premiere, in which Edward Furlong will play the leading role. The actor will allegedly take part in the movies Buds and Karma.

Nowadays, Edward Furlong has a net worth of $100 thousand.