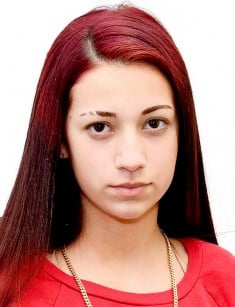 Danielle Bregoli is a bodacious teenage rapper who can be described as a daredevil. The young American followed Dale Carnegie’s advice and turned the lemons life gave her into great lemonade.

Known for her scandalous behavior that almost resulted in prison, Danielle has learned her lessons and benefited from the trouble caused by her spicy character. At the age of fourteen, she became a millionaire. In fact, she made the Cinderella story come true, although people who know Bregoli could hardly compare the girl with the patient and submissive tale figure.

The girl’s parents, a sheriff's deputy Ira Peskowitz and the beauty Barbara Bregoli, met in 2002. Their affair ended as soon as the baby was born: the couple realized they would not make a good family and did not marry. Since six months, Danielle was brought up only by her mother. It was hard for Barbara: the little girl talked back to her, and the father married, took care of his two new children, and stayed away from Danielle and his ex-girlfriend.

Young Bregoli had no one set her back from the way to prison. She was getting lower and lower: the girl took a knife everywhere, smoked marihuana, did not come home at night, and stole her mother’s credit cards and cars parked near supermarkets.

The mother’s attempts to punish the daughter would end up with Danielle’s complaints to the police. All reports proved to be false; Barbara and police officers who arrived at their house were shocked. Danielle could sprinkle sugar powder on the floor and say her mother was addicted to cocaine.

Desperate, Barbara asked the psychologist Phillip Calvin McGraw famous for his project Dr. Phil on the American television. The TV personality invited the 13-year-old hooligan and her mother to his studio. That moment became Danielle Bregoli’s unusual career start.

The program where the troubled teen’s behavior was discussed had a big effect: the audience was interested in the “thorny” girl who was insolent to everybody regardless of their age and status. Danielle’s phrase immediately became an Internet meme.

During the show, Danielle Bregoli tried to justify her behavior, but people did not believe her and started laughing. The teenager went furious and said “Catch me outside,” but it sounded like “Cash me outside” because of her accent. Thus, Danielle became the cash-me-outside girl. The American DJ Suede The Remix God created a single based on the new meme; the song quickly reached the top position in Billboard Hot 100 and inspired people to record many dance videos on YouTube. Bregoli took the opportunity and released the T-shirt series with the catch-phrase.

Another scandalous act reminded people about the rebellious teen: the young woman had a fight with a passenger on board a plane; the airline company blacklisted her. Soon, the young American was summoned to appear before the court; she apologized for her misbehavior and got a five-year suspended sentence; she hardly escaped the real punishment.

The popularity encouraged Danielle Bregoli to try herself as a rapper. The girl took the stage name Bhad Bhabie and recorded several debuting tracks.

In January 2017, the musician registered on Instagram and began to post recent photos and short videos there. The account became popular: millions of people subscribed to her. The audience paid attention to the raucous teenager with an unusual accent; Danielle kept fueling the interest with new singles and spicy music videos.

In summer 2017, Bhad Bhabie recorded covers of popular songs and, a little later, her own tracks. In August, the song “The Heaux” came out and reached the 77th position in Billboard Hot 100.

Soon, Atlantic Records that had collaborated with Missy Elliott, David Guetta, Sia, and other stars, offered the singer a contract. Bregoli agreed. She became the youngest rapper among the debutants of Atlantic Records.

The next Single “Hi Bich / Whachu Know” reached the 68th position in Billboard Hot 100. In the music video, the rapper staged the court where she had appeared. At the end of 2017, Bregoli presented two new singles “I Got It” and “Mama Don't Worry.”

The young woman took advantage of her popularity and monetized it by advertising various brands on her channel. Thus, the 14-year-old troublemaker turned into a wealthy person who earned thousands of dollars.

Together with her mother, Bregoli moved to California and purchased a house. Nowadays, the career of the singer and videoblogger is developing rapidly.

Danielle is notable for her small sizes: her height is 158 cm., and her weight is 47 kg. Thousands of fans follow the news about her new works and personal life. The young woman goes out with popular singers, and fans immediately suspect them of dating.

There were rumors about the singer’s tender relationship with the rapper Bryan Silva; later, he was “replaced” by the hip-hopper NBA Young Boy. Neither romance was confirmed.

In March, the young woman celebrated her birthday and presented the song “Gucci Flip Flops” as a gift for fans. In April, the song “Who Run It” followed, and Bregoli started touring in America and Europe.

Although the rapper’s popularity is growing, she does not see her as a singer or a television personality in the future. Danielle mentioned the profession of a nurse was to her liking. Today, the eccentric star records new mixtapes and performs in duos with her young colleagues, such as Lil Yachty and Ty Dolla $ign, who are more famous.

In summer 2018, Danielle Bregoli was nominated for Billboard Music Award, but it was her colleague Cardi B who won the victory. 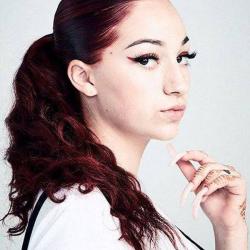