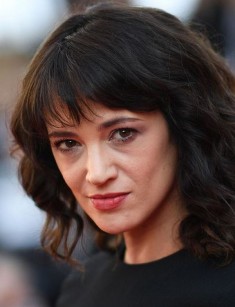 When critics and journalists call the Italian actress Asia Argento devilishly talented, they really mean it: her passionate temper, scandalous behavior, provoking manners, and affinity to the forbidden in life and art are likely to be of the devil, they half-joke to explain her diverse talents. Argento is an actress, singer, photographer, writer, video maker, scriptwriter, and director.

The would-be star was born on September 20, 1975, into the family of the director Dario Argento. The girl’s parents acted in an extravagant way immediately: they gave the baby the compound name, just like royal family members usually do: Aria Maria Vittoria Rossa Argento.

There is a theory that the parents named their daughter Asia in honor of the poet Marina Tsvetaeva’s younger sister Anastasia. Another theory is that “Asia” pointed out the part of the world where the parents spent their honeymoon. Anyway, the Roman authorities refused to give this “weird” name officially, and the girl became “Aria” in the documents.

Asia’s multiple talents may be explained by her ancestry: her grand grandfather Alfredo Casella was a famous Italian composer in the early 20th century, the grandmother Elda Luxardo was a famous photo artist, the father was the outstanding master of giallo (the Italian genre, the mixture of horror, thriller, and erotica), and the mother was his actress and muse.

The girl’s childhood was far from being cloudless and happy. The parents were always busy and took the child to boarding schools; later, they would let her stay in the large house alone. In one of her interviews, she remembered those years:

Alone, Asia would take her exercise book and a pencil and start pouring her heart on paper. When she had enough poems, the parents helped her publish her first book of poems; the young poet had not even turned eight.

The pastime with the parents was peculiar. Instead of reading the girl bedtime stories, the father read her his scripts which were hardly suitable for a child. He showed her his own movie when the girl was six; the movie contained violent scenes and was censored later. The girl was shocked, and the director believed these were the first attempts to instill the love of cinematography in Asia.

Indeed, the girl was artistic: she took music and choreography lessons and participated in school performances. When Asia was nine, she had the chance to play in the TV series Sogni e Bisogni.

It did not take Asia Argento too long to receive the second role: Dario took his daughter to his new movie Phenomena (1985). The next three years brought the horror Demons 2, for which her father wrote the script, Zoo, and The Church. Young Asia was starring in movies for five years and had almost no breaks. At the age of 14, she felt she was independent enough and left the house.

People began to see Argento as a full-fledged actress after Michele Placido’s Close Friends (1992). 17-year-old Asia played Simona, one of the three friends whose lives were dramatic. The father’s projects brought more success: in the thrillers Trauma, The Stendhal Syndrome, and The Phantom of the Opera, Asia played brilliantly.

The actress earned her first prize after the movie Let’s Not Keep in Touch: 19-year-old Asia won the David di Donatello Award for Best Actress.

In the mid-1990s, Asia debuted as a director. She presented two minor short movies and started working on documentaries. In 1996, the first movie devoted to Dario Argento came out. Two years later, the new work telling the story of the American director Abel Ferrara’s life and art was released; Argento gained an award at the Rome Film Fest.

It would seem logical that the actress would continue to conquer the Hollywood movie industry. Nevertheless, Asia is stubborn and unpredictable. She came back to directing that she had quitted because of the shortage of time and engaged herself in full-time projects.

In 2000, Argento debuted as a feature movie director: she created Scarlet Diva which provoked an outcry for its abundant eroticism. In 2004, the second movie directed by Asia came out: it was The Heart Is Deceitful Above All Things. Again, the topic was ambiguous: the movie told the story of six-year-old Jeremiah living with a prostitute mother.

In 2014, everybody was discussing Argento’s new project Misunderstood; many people believe it is autobiographical. The main character, the girl Aria, suffers from the lack of attention from her bohemian parents. The director also worked on the soundtrack. For the Italian talent, music is another sphere where she expresses herself, as well as in literature. In the late 1990s, her first novel I Love You Kirk was published.

In 2001, Asia gave birth to the daughter Anna Lou named after her deceased cousin Anna Ceroli; at that time, Argento was civilly married to the rock musician Marco Castoldi.

In 2008, the actress married the Italian director Michele Civetta; soon, their son Nicola Giovanni was born. After the couple divorced in 2013, there was almost no news about Asia’s love affairs.

The actress and her children live in Vigna Clara, the town north on Rome, and works a lot.

In 2017, the media reported on the rebellious star’s relationship with the famous American chef, TV personality, and writer Anthony Bourdain. In April 2017, Asia posted bright photos where she was hugging her new partner.

The same year, Asia’s name emerged in the scandal related to the Hollywood producer Harvey Weinstein: the actress was mentioned as one of his raped victims. Later, Argento and Lucia Evans gave short interviews where they told journalists about what had happened. At the 2018 Cannes Film Festival closing ceremony, the star, who is the activist of the anti-rape movement #MeToo, officially announced Weinstein had raped her; the news shocked the public.

2018 became difficult for the actress in terms of her personal life. On June 8, her lover Anthony Bourdain committed suicide in France. The reason for his action is unknown, and the circumstances of his death are being investigated.

In summer 2018, people were shocked by the new scandal involving the star: Argento was accused of rape by the actor Jimmy Bennet who played her character’s son in the movie The Heart Is Deceitful Above All Things. Bennet told the media he went to The Ritz-Carlton Hotel, Los Angeles, to meet the actress and talk to her about the role in her new movie in 2013. In her room, the woman allegedly drank him up, had sex with him, and took a picture for her Instagram.

At that time, Jimmy was 17, and Asia was 37. Bennett claimed it was the scandal around Weinstein that motivated him to make the story go public. The young man was outraged by the fact that the actress fighting against harassment initiated it herself. Bennet is going to recover $3.5 million from the actress as the compensation for the moral damage.

According to New York Times, Argento agreed to pay $380 000. The details of the agreement are not disclosed, and both sides refused to make any comments. 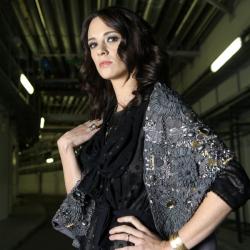