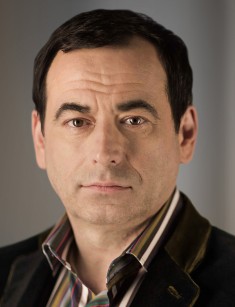 Roman Avdeev ranked 102nd in the 2011 Forbes rating "200 richest businessmen of Russia". He ranked 66th as soon as in 2017. The Moscow Credit Bank (MCB), created by Avdeev, is keeping afloat and its wealth multiplies... However, Roman does not look like a man whose thoughts are focused on moneymaking only.

Such people either do not create a family or devote it little attention – largely "financial." However, he manages not only to pay full attention to his many children, but also to engage in charity, write columns for Forbes and other publications, find time for a hobby, and read great books.

Roman Avdeev easily quotes ancient and modern philosophers in his numerous interviews (philosophy for him is more than a hobby – his acquaintance with it did not limit to books like "100 great aphorisms about everything in the world") and creates the overall impression of a very smart and harmonious personality ...

When does he find time for everything?! It’s like several people peacefully coexist in one person, and everyone is busy with their own business, together constituting Roman Avdeev as everyone sees him.

Roma Avdeev was born on July 17, 1967 in Odintsovo near Moscow – in a country where private entrepreneurship was called "blackmarketeering" and with other bad words, and was prosecuted. He studied at School 3 – according to his own admission, his was doing bad, but only until the last two years – this is when he realized that he was the one who needed it, in the first place.

He was enrolled in the Moscow Power Engineering Institute, Faculty of Thermal Power Engineering – like many young men in the USSR, he was fond of radio electronics, and the technical school seemed the best solution to him. During his study, he was called up to the military service in 1986 – he served his duty to the Motherland in the Kostroma construction battalion, where he was both a secretary of the commander and ... a cleaner.

After serving, Roman – already a family man, with a wife and a son – got back to studies on a full-time basis. However, he had to work as a watchman and as a cleaner (again) in the vocational school, night shifts: he had to feed the family.

The Law on Cooperation in the USSR was adopted on May 6, 1988; the trading activity of individuals was no more a crime, and Roman immediately set up his own small enterprise – he arranged trade in decoders for TV sets and "sinclairs" (the current owners of powerful gaming hardware do not even know what it is), established business cooperation with the Ukrainian plant "Electronmash", and imported computer equipment from abroad.

At the same time, he had ideas about banking as a separate field of business. Private business finally became a legal reality in spring 1991, and as soon as in 1994, Roman Avdeev acquired MCB – more precisely, he got a set of documents, some premises, and 14 employees.

Avdeev also became interested in investing in agriculture simultaneously with banking. He had established the agrarian holding Chernozemye and successfully sold it by 2006. But he did not abandon the agrarian field. He has been controlling the land bank Agronova-L (80+ thous. ha in the Tver, Tambov, and Lipetsk regions) since 2016. He owns 10% of the shares of the 36.6 pharmacy chain.

Roman Avdeev is a "champion" of paternity – there are 23 children in the family: four are his own, the rest are adopted. There are only two billionaires with so many children in the world: the second lives in Saudi Arabia, and he is 93, by the way (he had more time!).

But why does Roman Avdeev, a relatively young and very busy man, need such a huge "team" of children?

He says that his views on paternity match Plato’s views. The ancient Greek philosopher expressed his attitude to this concept simply: we all are either fathers or not fathers. Not fathers have no obligations, and there is nothing to talk about. But if a person is a father by nature, then he is a father not only to his children, but to all the children!

Avdeev believes that a parent has to educate a child the basic concepts of "what is good and what is bad" and give a confident start and freedom of life choice. Education will be an essential toolkit for life.

"You need to give a fishing rod, not a fish."

The Avdeev's adopted their first two kids in 2002: Roman came to the idea that helping orphanages is, of course, great, but actually inefficient. A human is only able to develop into a harmonious, useful personality and know how to interact with the society when living in a family with firm guidelines – significant, important adults.

In no way this should mean that there are "wrong" adults working in orphanages – Roman AVDEEV sincerely admires many of them – but they are forced to share their hearts and attention with all the children, they are "common", while each child needs their own, close person to be guided on the hard way of building their own life.

According to Roman Avdeev’s live journal, the family is a priority in his life values. He believes that orphanages should not exist, every child should grow up in the family. But until it is possible to abandon orphanages – he continues to help them.

Avdeev created a charity fund "Arithmetic of Good", designed to solve the most acute issue of orphancy – a social issue, in March 2014. Children from orphanages grow up completely unprepared for life and find themselves "overboard", having no idea where to put their efforts, and how to interact with other people... Now the fund implements the following programs to help orphans:

For those who wish to become foster parents, there is a program "Alphabet of the Foster Family" and a School of Foster Parents "Arithmetic of Good". A consulting center "Always there for you" works for everyone – for both children and adults.

This is quite Greek as well: to combine reading great books and reflections with sports. Roman Avdeev never aspired to go in for sports professionally – his character does not allow him to be addicted to the same thing for long.

This is why he tries to engage in everything that seems interesting. This includes cycling, jogging, and quite extreme kinds of sports: mountain skiing and climbing. He believes that sports is necessary for character building, as it provides an invaluable experience of overcoming oneself and own weaknesses and fears. 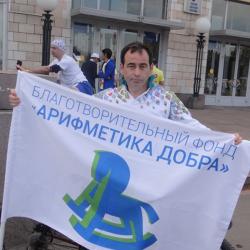