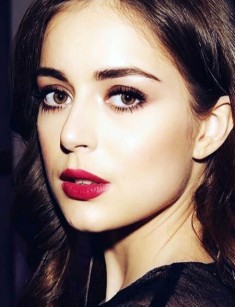 The broad audience got acquainted with Felice Jankell in 2018 when the war drama Sobibor was released. Her character Luca brought out many emotions which proved the actress’s mastery.

While Russian and international viewers enjoyed the young Sweden’s acting for the first time, her home country had already known her for the melodrama From the Depths of My Heart and the series 100 Code.

Felice Jankell was born in February 1992 in Sweden into the family of actors Thorsten Flinck and Annika Jankell. The father is a famous artist and singer in his country; he participated in scandalous movies and recorded an album in 2011.

Felice was the first child in the family. The next year after her birth, the second daughter, Happy, appeared. Felice and her sister have Swedish roots from the mother and French and Moroccan from the father.

The children grew up in the artistic atmosphere and could not imagine themselves doing anything but acting, just like their parents. Felice showed her acting, musical, and vocal skills in her early childhood. She was flexible and surpassed other students at the choreographic school.

Jankell mastered classic, modern, jazz, and free dancing: she could teach professional dancers a thing or two. Besides, the young woman is an excellent rider: she learned how to ride from the early adolescence.

Similar to their father, Felice and Happy graduated from the National Academy of Mime and Acting in Stockholm. The sisters began their movie careers when they were students. Happy Jankell has participated in the popular series Jordskott and Solsidan. However, the elder sister has gained more roles in famous TV projects.

At the age of 13, Felice Jankell debuted as an actress. She got one of the lead parts in the Swedish and Danish adventure melodrama for children and teenagers Percy, Buffalo Bill, and I. Charismatic Felice played Pia with whom her friends Ulf and Percy fell in love.

Two years later, Felice Jankell continued her career in the adult cinematography: 15-year-old girl played Jenny von Hofsten in the crime series The Inspector and the Sea. The work with the expert Swedish actors Walter Sittler, Andy Gatjen, and Inger Nilsson was a valuable experience for the young actress.

In 2010, the young woman participated in the detective thriller The Sandman Murders and took the secondary role of Ulrike. As the audience enjoyed the series, it was extended for six seasons.

The audience and critics were impressed by Felice’s acting. In 2014, the artist was offered the lead role in Magnus Hedberg’s From the Depths of My Heart.

The premiere took place in September. Everybody started talking about the bright and promising Sweden movie star. 2014 turned out to be a break-through for the actress: apart from Hedberg’s thriller, two other movies, the short “horror” Så Som Jag Försvinner (So I Am Leaving) and Amanda Adolfsson’s drama Young Sophie Bell were released. After the latter was premiered at the Stockholm International Film Festival in November 2014, Felice Jankell tasted the true fame.

In Young Sophie Bell, the actress got the starring role of Sophie. The movie tells the story of two yesterday’s school girls who went to Berlin to look for adventures and grown-up life. Suddenly, Sophie’s friend Hedda Stiernstedt is missing. Sophie has to face the real life full of dramatic moments; the audience remains emotionally charged until the very end of the movie.

For this project, Felice was nominated for the national prize Guldbagge Awards as the best actress. Jankell’s colleague, the young Swedish actress Hedda Stiernstedt, played Alice.

The actresses had another chance to collaborate: in 2015, both appeared in the German and Swedish crime detective 100 Code. It is the 12-episode series about the dramatic events in Stockholm: the police keep finding dead bodies of blue-eyed blondes who lay on “beds” of daffodils. People liked the suspenseful detective story.

The German actor Dominic Monaghan, known for his roles in the series Lost and fantasy action movie Lord of the Rings, played the inspector who came upon the request of the New York police. The famous Swedish actor Michael Nyqvist, who starred in the movie hit The Girl with the Dragon Tattoo, played his Swedish colleague. Felice Jankell played Hanna, the daughter of the Swedish detective Eklund.

2015 also brought the thriller Alena by the Swedish director Daniel di Grado. The next year, the actress participated in the thriller Autumn Moon.

Graceful and charming, Felice does not lack men’s attention: the dark-eyed young actress has conquered many admirer’s hearts. Today, Jankell is not married.

There are dozens of pictures where the young woman is accompanied by charming men including Joakim Lang, a commercial manager, who is probably her boyfriend. There is also a photo of the actress’s dear grandmother, Karin Flink; the granddaughter tenderly expresses her love for her.

In 2017, the Swiss star joined the international project Sobibor (the working title The Legend of the Escape). The shooting took place not far from Vilnius.

The movie is based on the events of the Great Patriotic War. It is the story of the only successful uprising in a Nazi death camp, Sobibor: a Soviet prisoner of war Alexander Pechersky set free about 300 people condemned to death.

The melodrama Glöm Natten Som Kommer (Forget the Night That Comes) is another recent project of the actress; she had the lead role of Amanda there. Both Jankell sisters appear in this project: Happy got the role of Emma. The Swedish audience will have the chance to watch the movie first. 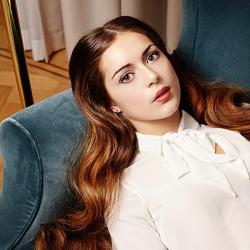