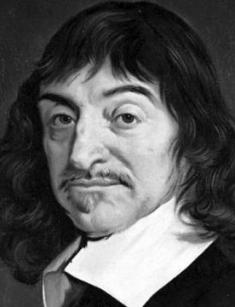 Rene Descartes is a mathematician, philosopher, physiologist, mechanic, and physicist whose ideas and discoveries have played a significant role in the development of several scientific fields. He developed the algebraic symbols, which we use to this day, became the "father" of analytical geometry, laid the foundations for the formation of reflex theory, was one of the key figures in the Scientific Revolution – and this is not the whole list of his achievements.

Rene Descartes was born in La Haye en Touraine, the Kingdom of France on March 31, 1596. Subsequently, the name of the city was changed into "Descartes." Rene's parents were members of an ancient noble family, which in the XVI century barely made ends meet. Rene became the third son in the family. When Descartes was one year old, his mother died suddenly. The father of the future famous scientist worked as a judge in another city, so he rarely saw his children. Therefore, after the death of his mother, Rene's grandmother came to help raise the young boy.

From an early age, Rene showed a striking curiosity and desire for knowledge. At the same time, he had fragile health. The boy received his primary education at the Jesuit Collège Royal Henry-Le-Grand at La Flèch. A strict regime characterized this educational institution, but Descartes, given the state of his health, was given allowances. For example, he could wake up later than other students.

As with most colleges of the time, La Flèche's education was religious. Although studies meant a lot to the young Descartes, this orientation of the educational system strengthened the critical attitude to the philosophical authorities of the time in him.

After completing his studies at the College, Rene went to Poitiers, where he received a bachelor's degree in law. Then he spent some time in the French capital, and in 1617 he entered the military service. The mathematician participated in military operations on the territory of Holland, at that time absorbed by revolution, and also in short battle for Prague. In Holland, Descartes became friends with the physicist Isaac Beckman.

Then Rene lived for some time in Paris, and when followers of the Jesuits found out about his bold ideas, Descartes went back to Holland, where he lived for 20 years. Throughout his life, he was persecuted and attacked by the Church for progressive views that were ahead of the level of development of the XVI-XVII centuries science.

The philosophical doctrine of Rene Descartes was characterized by dualism: he believed that there was both an ideal substance and a material one. He recognized both of them as self-consistent. The concept of Rene Descartes also involves the recognition of the presence in our world of two kinds of entities: mind and body. The scientist believed that the source of both entities was God. He forms them according to the same laws, creates matter in parallel with its rest and movement, and preserves substances.

Rene Descartes saw a kind of universal method of knowledge in rationalism. At the same time, the scientist considered knowledge itself a prerequisite for the fact that man would dominate the forces of nature. According to Descartes, the possibilities of reason are constrained by the imperfection of a human being; his differences from the perfect God. Rene's reasoning about knowledge in this way, in fact, laid the foundation of rationalism.

The starting point of most searches of Rene Descartes in philosophy was to question the integrity, the inerrancy of knowledge that was recognized by the public. Descartes' quote "Cogito ergo sum" ("I think; therefore, I exist") is connected with these searches. The philosopher declared that every person could doubt the existence of his body and even the external world as a whole. However, the only thing that truly exists is doubt.

The main philosophical and mathematical result of the work of Rene Descartes was the writing of the book Discourse on the Method. The work included several appendices. One appendix contained the basics of analytical geometry. Another appendix included rules for the study of optical instruments and phenomena, Descartes' achievements in this field (for the first time he correctly compiled the law of refraction of light), and so on.

The scientist invented the convention of representing unknowns in equations by x, y, and z, and knowns by a, b, and c. He also "pioneered the standard notation" that uses superscripts to show the powers or exponents. The mathematician also developed a canonical form of equations, which is still used today (when the right side of the equation is zero).

Another achievement of Rene Descartes, remarkable for the improvement of mathematics and physics, is the development of a coordinate system. The scientist introduced it to make it possible to describe the geometric properties of bodies and curves in the language of classical algebra. In other words, it was Rene Descartes who made it possible to analyze the equation of the curve in the Cartesian coordinate system, a particular case of which is the famous rectangular system. This innovation also allowed a much more detailed and accurate interpretation of negative numbers.

The mathematician investigated the algebraic and "mechanical" functions while claiming that there was no single method for the study of transcendental functions. Descartes mainly studied real numbers but began to take complex ones into account. He introduced the notion of negative roots connected with the idea of complex numbers.

Research in mathematics, geometry, optics, and physics subsequently became the basis of scientific works by Euler, Newton and several other scientists. All mathematicians of the second half of the XVII century based their theories on the works of Rene Descartes.

The Method Of Descartes

The scientist believed that experience was necessary only to help the mind in those situations where it was impossible to come to the truth solely by reflection. Throughout his scientific life Descartes carried four main components of the method of searching for truth:

The researchers note that these rules, which Descartes invariably used in his writings, clearly demonstrate the desire of the European culture of the XVII century to abandon outdated rules and to build a new, progressive and objective science.

Little is known about Rene Descartes' personal life. Contemporaries claimed that in the society he was haughty and silent, preferred solitude to company. However, in the circle of close friends, he could be remarkably active and take part in the discourse. Renee didn't seem to have a wife.

In adulthood, he was in love with a maid who bore him a daughter Francine. The girl was illegitimate, but Descartes loved her very much. At the age of five, Francine died of scarlet fever. The scientist called her death the biggest tragedy of his life.

Over the years, Rene Descartes had been hounded for taking another look at the science. In 1649 he moved to Stockholm, where Queen Christina of Sweden invited him. With the latter, Descartes corresponded for many years. Christina marveled at the genius of the scientist and promised him a quiet life in the capital of his state. However, Rene did not manage to enjoy life in Stockholm for long. He caught a cold shortly after he moved. The cold quickly developed into pneumonia. The scientist passed away on February 11, 1650.

It is believed that Descartes died not because of pneumonia, but because of poisoning. The agents of the Catholic Church could have acted as the poisoners because they did not like the presence of a free-minded scientist with the Queen of Sweden. The latter was intended to be converted by the Catholic Church, which happened four years after Rene's death. There is no evidence of this theory. However, many believe that it is true.

"For I found myself embarrassed with so many doubts and errors that it seemed to me that the effort to instruct myself had no effect other than the increasing discovery of my own ignorance."

"In order to seek truth, it is necessary once in the course of our life to doubt, as far as possible, of all things."

"The first precept was never to accept a thing as true until I knew it as such without a single doubt. In order to improve the mind, we ought less to learn, than to contemplate. I am indeed amazed when I consider how weak my mind is and how prone to error."

"Because reason...is the only thing that makes us men, and distinguishes us from the beasts, I would prefer to believe that it exists, in its entirety, in each of us..."

"Let whoever can do so deceive me, he will never bring it about that I am nothing, so long as I continue to think I am something."

"So blind is the curiosity by which mortals are possessed, that they often conduct their minds along unexplored routes, having no reason to hope for success, but merely being willing to risk the experiment of finding whether the truth they seek lies there."