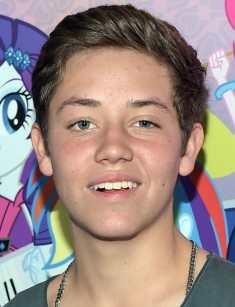 Ethan Cutkosky is an American actor famous for the role of Carl Gallagher in the series Shameless (2011-present). Unfortunately, very little information about the popular actor’s childhood and youth is available, and Internet users have to stick with the young man’s interviews where he answers questions related to Shameless.

The would-be actor was born on August 19, 1999, in the small American town St. Charles, Illinois. The boy grew up in an ordinary family far from cinematography: the mother used to be a teacher in a local school, and the father worked as a software engineer. When Ethan turned four, the boy and his mother shot for a poster ad.

The boy took up martial arts; some people speculate he can boast a taekwondo second-degree black belt. Cutkosky went to school in Chicago suburban area and combined acting and studying. For this reason, the actor asked the producers of Shameless to create several episodes without his character at the end of the fifth season. The young man was going to high school and wanted to spend some time like an ordinary student.

Ethan is said to have started his career at the age of seven: the young actor appeared in David Dobkin’s Fred Claus (2007) telling the story of Santa Claus’s younger brother who grew up in the shade of his elder sibling. As a result, Fred was the polar opposite of the kind magician who prepared a big sack of toys and left gifts for well-behaving children.

Because Fred was always taking a backseat, he lost his belief in miracles. However, when Santa Clause (Paul Giamatti) got in trouble, the main character did everything to save his brother and give back the holiday to people. Dylan Minnette, Stephen Baldwin, and Kevin Spacey starred in this movie.

In 2010, Ethan appeared in the tightly-plotted drama Conviction based on a true story: Kenny (Sam Rockwell) is put into prison for a long time and has to look at the world through the prison cell bars for 15 years. The main character’s wife testified against him, and only Kenny’s sister (Hilary Swank) believes her brother is innocent. She tries to get through to justice by all means.

An episode in the police series Law & Order: Special Victims Unit is among the actor’s works as well. However, it was the series Shameless that brought the actor fame.

This remake of the-same-name American series did not become popular as quickly as the original. It is the story of the Gallaghers. The father (William H. Macy) is a drug abuser who is always drunk. His six children have to survive on their own.

Frank’s elder daughter, Fiona (Emmy Rossum), looks after the large family. The children’s irresponsive mother who suffered from the bipolar disorder fled the house. Fiona tries to keep her head above problems, and millions of viewers watch how the events develop. Almost all the Gallaghers have some kind of deviant behavior, yet they are notable for their readiness to stand up for each other in spite of the ordeals: the audience cannot but like them.

In Shameless, Ethan got the role of Carl, the hooligan feared by the whole school; in his childhood, this character used to have a mental disability, break toys, and torture stray animals. Besides, Carl was often involved in challenging situations: for instance, the police caught him distributing drugs. Still, all these negative features did not prevent the boy from being a responsive person who could lend a helping hand when necessary.

Ethan’s private life is not kept secret: the young man is dating the actress Brielle Barbusca who is a year younger than he and frequently posts her pictures on his official Instagram. As the actor said, he was going to post anything he liked, not what would be popular, because his photos expressed his identity. He added that followers should not feel negative in case of rare pictures.

The audience is familiar with Brielle Barbusca: she participated in the series Joyce, The Fosters, Best Friends Whenever, Arianna Donas, and so on. The young people tried to spend as much time together as they could, so Cutkosky persuaded the producers to let his girlfriend participate in the sixth season of Shameless.

Rumors have it Ethan is one of the highest-paid Hollywood stars. According to some information, the actor earns $1 million annually.

The young man has his Twitter and Facebook pages where he shares the latest news from his life.

On August 19, Ethan Cutkosky celebrated his birthday. His parents, girlfriend, stage colleagues, as well as Landry Bender, ASAP Mob, and other American stars, congratulated him.

Besides, fans of Shameless are looking forward to the next season of the series where Ethan continues to play Carl.

In 2017, the Russian channel NTV presented the remake of the popular drama. The Gallaghers turned into Gruzdevs, and Arseny Perel got the role of Carl loved by the audience. 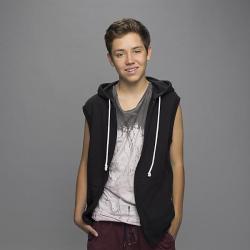