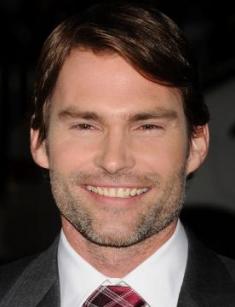 Seann William Scott is a popular American actor who has a net worth of $38 million. The audience remembered him as Steve Stifler from the teen movie American Pie. If we look at the biography of this man, it becomes clear that he has built his life himself without expecting someone's help.

Seann William Scott was born in Cottage Grove, Minnesota. By the way, not every American, even the most educated one, can show on the map the godforsaken actor's hometown with a population of about 30 thousand people. The boy grew up and was brought up in an average family that was not close to creativity. His father, William, worked in a local factory to make duct tape, and Patricia, his mother, ran a household and raised children. It is known that the actor has Scottish, English and German roots.

It is worth saying that the parents of the young man had already been married before they met each other, and each of the spouses had three children. Thus, Seann was the seventh child in the Scotts family. William and Patricia adored the youngest child. The parents cherished future actor and tried to fulfill all his desires. For example, Seann one day asked mom and dad to buy him an inflatable boat, and William and Patricia, of course, did not refuse the little son. However, on this boat, the boy almost drowned in the pool.

It is known that Seann was a cheerful and sporty child. From morning to night he played football with boys in the yard and also was fond of volleyball and basketball. Scott wasn't an ugly duckling and outsider, but, on the contrary, preferred the position of class leader and favorite.

Paradoxically, Seann didn't think about connecting his future with the big movie. Unlike other stars of the movie industry, he was not engaged in amateur art and did not perform on the stage of the school theater. He decided to become an actor spontaneously. The fact is that during the summer holidays, Scott moonlighted at a local cinema. The works of the great directors impressed the young man so that his head immediately conceived a cherished dream.

Some stars are lit up in the movie sky by a happy coincidence or a casual acquaintance, but actor Seann Scott does not fit this category. His path to the TV screens was long and thorny. After high school, Seann left to conquer Los Angeles. Following his dream, Scott signed up for the casting of the soap opera All My Children on ABC but failed to audition with a crash.

The future actor did not give up after his failure and became a guest in the American sitcom Unhappily Ever After (1997). Then the young man occasionally appeared in the series Something So Right (1996-1998), Born Into Exile (1997) and Chad's World (1998). However, fleeting and unremarkable roles did not bring the arising actor cherished popularity. Among other things, Scott lit up in a commercial for American Express and appeared in the video of the famous band Aerosmith for the song "Hole In My Soul."

To earn money, Seann worked part-time at a construction shop and fought for even the smallest and unremarkable role. After all the efforts and persistence made by the young man, the fortune still smiled at him. In 1999, the guy was lucky to participate in the cult youth comedy American Pie. Not a teen movie with the toilet humor tells the story of four high school seniors who whatever were dreaming of coming into the adult sex life. In an eccentric movie about troubled teenagers, Seann played, though not the lead, but a very memorable character named Steve Stifler.

Scott's character is the captain of the American football team and a real antagonist. He is an infantile, narcissistic, arrogant, and insensitive young man who tries to annoy his friends in all ways and always gets into funny situations. For example, he accidentally finds himself in a gay club. The only reason the protagonists of the movie communicate with Steve is his house where noisy parties with alcohol and freaky girls are arranged. Seann starred opposite the brilliant cast of American pie including Jason Biggs, Alyson Hannigan, Eddie Thomas, and other famous movie stars.

Seann William also filmed in the second and third parts of the teen sex comedy. It would seem that the role of vulgar and nearby Stifler firmly anchored to the young man, but Scott managed to dispel stereotypes and show himself as a diverse actor. Avid moviegoers remember this guy mainly on comedy roles. For example, in the movie Role Models (2008), he played Wheeler, a flighty slacker and energy drinks seller, and in Goon (2011) Seann transformed into a charismatic hockey player named Doug.

It was no surprise for the actor's fans when he appeared in a scandalous comedy with a D rating called Movie 43. It is noteworthy that this project took about ten years to get into production because most studios refused to accept such a defiant and extravagant scenario. In the movie which consists of 12 sketches starred Hugh Jackman, Chloë Grace Moretz, Emma Stone, Richard Gere, Halle Berry, and other actors.

Working in front of the cameras, Scott showed that he was able to act not only in a comedy role. In 2000, the actor appeared in James Wong's blood-curdling thriller called Final Destination. In the movie, which is imbued with paranormal phenomena, madness, and suspense from beginning to end, Seann played a student Billy and managed to show the audience fear and despair. Among other things, the young man starred in the series. It's Always Sunny in Philadelphia and worked as a voice actor. His voice can be heard in the second, third, and fourth parts of Ice Age.

The actor's personal life is a mystery, covered in darkness. The young man does not like to share with journalists interesting details that occur outside the scope of the director's cameras. Therefore, female fans of the famous pumped-up actor with his height of 5’11’’ (180 cm), and weight of 189 lbs (86 kg) can only guess who was lucky to date the brown-eyed guy. Unfortunately, Seann does not have an Instagram account where he would post photos of his girlfriend.

But the paparazzi managed to lift the shroud of mystery and learn what was left behind the scenes. In 2012, the actor was dating a model Lindsay Frimodt. On February, 14, the couple was planning a wedding, but for some unknown reason the couple broke up. It is noteworthy that the actor was embarrassed to show his girlfriend the comedy American Pie.

In 2017, the actor pleased fans with the role in the sequel Goon: Last of the Enforcers, the plot of which is focused on an unprofessional, but persistent hockey player. Scott also is going to appear in the movies Guidance and Coxblocker.