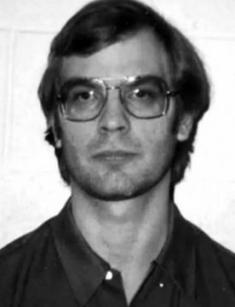 Descriptions of the acts of serial killer Jeffrey Dahmer, who was nicknamed the Milwaukee Cannibal, still make the hair stand on end. The maniac firmly took place in the list of objects of research of psychiatry and criminology, not to mention the fact that the cinema mercilessly exploits the image of the killer.

In search of the causes of human cruelty, it is customary to refer to the biography of this or that subject. Knowing the details of the case, people boldly argue that Jeffrey Dahmer went the wrong path from early childhood. The problems worsened when others were not interested in the question of why the young man behaved strangely in public and was detached from reality. Although there were those, who argued that the origins of the double life of the necrophiliac hid in the genetic disorder.

Jeffrey Lionel Dahmer was born in May of 1960, in Milwaukee, Wisconsin, the U.S. His father, Lionel Herbert Dahmer, was a student at Marquette University, who devoted his whole life to chemistry. Joyce Annette (née Flint), in memories of the neighbors, was an artistic and very impressionable woman, who demanded more considerable attention, which her busy husband was not able to give.

The family often moved, parents quarreled. Moreover, Joyce got hooked on tranquilizers and, according to rumors, took them even during pregnancy. However, the first-born, Jeffrey, was growing up as a normal cheerful kid, even though he was considered to be a wallflower at school. Some sources note his dangerous level of IQ – 145.

As a teenager, Jeffrey began to drink alcohol. His behavior suddenly changed throughout the day, he could sit for hours without movement, and his look was transparent as if he looked through the interlocutor. Later, the father of the killer said that the first signs of the child's desire for violence had not been given a value.

Experts wondered why parents were not at all concerned or worried about the fact that their son kept dissected corpses of animals in formaldehyde. They had to pay close attention to Jeffrey, especially when he began to carry around a photo of the motorcyclist who died in an accident and went to his grave a lot.

After school, Dahmer entered the University of Ohio, but soon he was expelled for drunkenness. For the same reason, he didn't stay in the army. Jeffrey had to work in a candy factory as a janitor. After the divorce of his parents, the boy was left without money and attention, which he sought by all means. By this time, his homosexual fantasies had escalated.

Jeffrey settled with his grandmother, stayed in the basement of her house and by that time had chopped up at least a couple of victims. Fortunately, grandma didn't know the details but still preferred to kick her grandson out for good. Dahmer rented an apartment, where he lured a 13-year-old boy, treated him to coffee with sleeping pills and filmed in obscene poses. The teenager managed to escape, and Jeffrey received a suspended five-year sentence.

Relentless statistics attribute 17 victims to Dahmer, 16 in Wisconsin and one in Ohio. Jeffrey started killing in 1978, shortly after high school graduation. The last crime of his was committed in 1991. He could have been caught after the first murder of traveler Stephen Hicks. But the police officer who stopped the car was not interested in the garbage bags in which the chopped body was lying.

Dahmer expected that in the newspaper there would appear an announcement or a photo of the missing, but nothing happened. It was then that the man realized that he had committed the perfect murder and, most importantly, with impunity.

Jeffrey always had the same modus operandi: he met victims in bars, invited them over to his place, treated them to drinks with sleeping pills or drugs, then strangled or killed with a blow to the head. He raped corpses, then chopped them up, dissolved them in acid or chemicals. Sometimes he would leave bones, hands, or genitals for the memories. He also often tortured his victims and did things worthy of the scariest horror movies: made holes in the skulls of sleeping victims and poured acid there, removed the skin from their faces in an attempt to make masks. Jeffrey captured the whole process on Polaroid.

The basement of his grandmother's house became a crime scene more than once. One day his father found a vessel with almost dissolved human flesh, but Jeffrey explained that he was experimenting on animals. Another time Lionel found a closed box, and when he demanded to open it, the son threw a tantrum on the subject of valuing personal space. Dahmer Sr. never found out that the box contained the head and genitals of another victim.

Dahmer managed to kill while he was under investigation for sexual harassment of Keison Sinthasomphone. He kept the preserved head of his victims on the chocolate factory where he was working at the time. Three years later, Keison's brother, Konerak, died at the hands of the maniac. Even though Konerak managed to escape from Jeffrey, the police did not believe the bleeding guy, and according to Dahmer, the teenage boy was just his love.

Few people managed not to lose themselves when the descriptions of cannibalistic episodes of the Milwaukee Monster became public. In 1990, Jeffrey moved to North 24th Street, Milwaukee, in an apartment that would later become a place of "pilgrimage," and bought a refrigerator to store body parts. The infamous house was demolished, but before that unknown people stole the door from the apartment with the number 213.

The first victim whose heart was fried and eaten by Dahmer was Ernest Miller. Later in the confessions of the killer, it was recorded that by such act, he received sexual satisfaction, and felt as if he gained immortality. The defense psychiatrist would interpret the murders and the possession of body parts as the fact that Jeffrey was afraid of being abandoned and was looking for company, even if his "comrades" were corpses.

According to some Americans, the lack of personal life saved females from Jeffrey's tortures. However, while the trial took place, Dahmer got a bunch of fans. Girls wrote to letters to the mania, he read them, but did not answer, and then threw them out in the garbage.

Jeffrey actively exchanged letters only with a retired woman, Mary Mott, who for some reason, decided that the sad fate of the prisoner was a consequence of the lack of God in his soul. Dahmer was baptized in prison, for which priest Roy Ratcliffe was later blamed.

In 1994, Jeffrey Dahmer and another inmate Jess Anderson were beaten to death in the prison shower room by Christopher Scarver, who was sitting for a double murder.

There were no marks on Jeffrey's body, indicating that he was defending himself, and all the blows were aimed directly at his head.