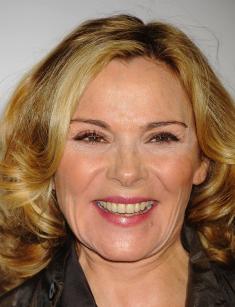 Russian-speaking viewers like American actress Kim Cattrall for the role of Samantha in the TV series Sex and the City. However, a few fans of the bright and talented blonde know that Kim Cattrall’s filmography has many equally prominent roles.

Kim Victoria Cattrall was born in Widnes, near Liverpool, on August 21, 1956. The family of the future actress was ordinary. Kim's mother was a homemaker, and her father worked at a construction site. When the girl was three months old, the Cattralls moved to Vancouver, Canada. Twelve years later, Kim's parents decide to return to the UK, and the family moved to London.

From early childhood, Kim impressed relatives and teachers with her acting skills and began to study at the London Academy of Music and Dramatic Art. The girl had a craving for an acting career. So, having celebrated her 16th birthday, Cattrall went to New York City and entered the American Academy of Dramatic Arts.

After graduation from the academy, the beginning actress immediately signed a five-year deal with Otto Preminger, a talented director. In 1975, young and beautiful Cattrall already got a role in the film Rosebud. Kim's acting impressed viewers so much that after a while Universal Studios bought out a contract with the aspiring actress. So Cattrall got on television. For the next four years, Kim appeared in a variety of television projects, including the TV series Columbo.

In 1979, Kim returned to the big screen, playing the role of Dr. White in the movie The Incredible Hulk. One year later, in 1980, Cattrall, alongside Jack Lemmon, starred in the film Tribute. This project was even nominated for the Academy Award but did not win the cherished prize. The first film that made the actress famous and helped to attract viewers was Police Academy, in which Kim played the cadet, Thompson.

It is worth mentioning that the actress has never considered that supporting roles were beneath her dignity, and she also tried not to refuse a single offer, sometimes acting in three or four films at the same time. Therefore, Kim Cattrall's filmography included more and more projects quickly. From 1985 to 1992, Kim played in more than 20 movies. The most memorable films were City Limits, Big Trouble in Little China, Mannequin, Honeymoon Academy, as well as the role of Valeris in the fantasy action movie Star Trek VI: The Undiscovered Country. The fans of the star still love these films.

In 1995, Kim Cattrall was invited to take part in the TV series The Outer Limits. It is a fascinating sci-fi movie that tells about a team of professionals who can unearth even the most difficult matters. The next two years were marked by shooting in the films Invasion, Modern Vampires, Peter Benchley’s Creature and the horror film Jaws.

In 1997, Kim was invited to participate in the filming of the series Sex and the City. The actress agreed, but she did not expect that the series was destined to become cult. This story about the life, feelings, and experiences of four different heroines won the women’s hearts all over the world. Each girl could see herself in Carrie, Charlotte, Miranda or Samantha.

Kim Cattrall got the role of sexy beautiful Samantha. The actress was the most suitable for this character thanks to the bright beauty and ideal body (Kim Cattrall's height is 5.57 ft. (170 cm), and her weight is about 132.27 lbs. (60 kg)). Kim’s colleagues on the set of Sex and the City were Cynthia Nixon, Kristin Davis, Sarah Jessica Parker. The series was based on the book of the same name by Candace Bushnell. In addition to the series, two full-length films of the same name were released in 2008 and 2010, telling about the further adventures of four friends.

Kim Cattrall's personal life, as well as her career, have had a lot of exciting events. The actress has been married three times. Kim's first husband was Larry Davi. They married in 1977 and broken up in 1979. The next actress’s husband was Andre J. Lyson. The star divorced him in 1989. The third marriage was the strongest one. Cattrall married Mark Levinson, who worked as an audio engineer. Kim lived with him until 2004.

The press spread rumors about Kim’s numerous love affairs, including with Pierre Trudeau, the Canadian Prime Minister. At various times the actress’s boyfriends were Cuttino Mobley, Alan Wise, actor Alexander Siddig. They also wrote that the star had a relationship with artist Clifford Ross, but Kim denied this information.

Although Kim Cattrall has never been a mother, the actress believes that children play an essential role in life. However, she thinks that every woman has the right to decide whether to have a baby or not. Kim chose the second option and did not regret it at all.

After the series Sex and the City, Kim Cattrall continued shooting. Besides, the actress proved that a talented person is talented in everything, achieving her potential as a writer. Kim Cattrall's books "Sexual Intelligence" and "Being a Girl: Navigating the Ups and Downs of Teen Life” were published in 2006 and immediately attracted the attention of fans and admirers of the actress.

In 2016, Kim Cattrall celebrated her 60th birthday. The Instagram and Facebook social networks spread the photos of Kim Cattrall, depicting her dancing and flirting with the guests. The bright blonde has proved once again that age is a state of mind but not the numbers in a driving license. There were even suggestions that Kim appeared with a new young boyfriend, but the actress did not comment on it.

There are rumors that now Kim Cattrall is busy filming in the third full-length film Sex and the City. Allegedly, they started shooting in 2017, and the film is scheduled to premiere in 2018. Fans can hope that four women whose souls do not grow old will meet on the screen again. Net worth is $75 million.