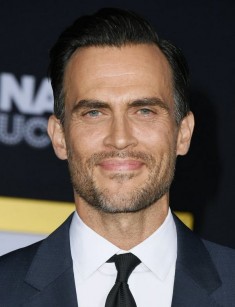 Cheyenne Jackson is an American actor, author, songwriter, and singer. The actor is known for his roles in the theatre and films. He has long been open about his own sexual orientation and often gives interviews.

Cheyenne David Jackson was born on July 12, 1975, in the American town of Spokane, Washington. His zodiac sign is Cancer. His father was a Vietnam veteran and Native American. Cheyenne is not the only child in the family. He has a sister and two brothers. They had friendly relations. The children played games and staged private theatricals, showing interest in creativity. Cheyenne was fond of music, and in his youth, he was a member of the amateur band.

After graduating from Newport City School, the young man moved to Seattle. He got a job in a magazine and combined the responsibilities of a manager with a new hobby. Jackson played in the amateur theater group. The September 11 attacks greatly influenced Cheyenne’s worldview, and he decided to make his dream come true and pursue a creative career. The novice artist moved to New York City and focused on career development.

The actor made his television debut in 1990. It was a bit part in the series Law & Order. The next project was CSI: Crime Scene Investigation. The actor could show his talent, and in 2006, he was invited to participate in the series Ugly Betty.

In 2011, Jackson was cast for the series American Horror Story. He worked with Matt Bomer, Lady Gaga and Kathy Bates. The latter has been the actor’s idol for a long time.

According to Cheyenne, he dreamed of becoming an actor, watching films with her participation. Nowadays, American Horror Story has become the actor’s main Hollywood project. He also participated in the movie Lipstick Jungle, Life on Mars, Glee, Law & Order, 30 Rock.

In 2018, Cheyenne Jackson got a leading role in the series American Woman. He could work on the same set with the actors: Alicia Silverstone, Makenna James, Jennifer Bartels, and others. Television has opened great prospects for the actor, but he could also realize his potential in the theatre. He showed his creative talent and appetite for music.

He became famous for musicals and Broadway productions. The actor won several prestigious theater awards. His credits include the Theatre World Award and two Drama Desk Awards nominations. Cheyenne participated in the musicals Aida, All Shook Up, Xanadu, Finian's Rainbow, 8.

Jackson could also work in the film industry. Viewers have remembered him as passenger Mark Bingham in the movie United 93. The film is based on a real-life story that chronicles events aboard United Airlines Flight 93, which was hijacked during the September 11 attacks of 2001. The actor portrayed a real person and his life story.

Cheyenne Jackson tries his hand at different spheres of art and is not afraid of experiments. Having achieved recognition as an actor, the man wanted to realize his potential in the music industry. In 2009, Jackson recorded an album entitled The Power of Two with Michael Feinstein.

The actor is comfortable telling about his sexual orientation. Cheyenne said in an interview that at the very beginning of his career he confessed that he was gay and no one knew how his creative biography would develop if he had not done this. According to the actor, the acknowledgment made his life easier.

For a long time, he had romantic relationships with physicist Monte Lapka. For 11 years, the young people were together and decided to marry. After a few years, they divorced.

It was difficult for Cheyenne to overcome the breakup. He addicted to alcohol and had to go for treatment at a hospital. While undergoing rehabilitation in specialized centers, Cheyenne Jackson met Jason Landau.

The young people liked each other. Six months later, they announced the engagement. It was a torrid love affair. In September 2014, the men married. Cheyenne Jackson and his husband became parents of twin children: a boy, Ethan, and a girl, Willow.

Cheyenne Jackson prefers to be himself and is not afraid of his desires and feelings. He frankly talks to journalists about relationships with his partner and how they raise children. Apparently, they enjoy family harmony. Cheyenne regularly posts photos of the beloved man and children on his Instagram account. The thoughtful father captures every moment in the children’s life. He frequently appears with Jason Landau at official events.

The actor openly comments on his concerns and does not pay attention to the opinion of other people. So he speaks well about colleagues who belong to sexual minorities, talks about botulinotherapy and his attitude toward cosmetology for men.

Now the actor continues to develop his creative career. He is an in-demand actor in films and television. Producers and directors see Jackson’s potential and invite him to participate in new projects. Cheyenne Jackson supports LGBT social movements actively, as well as charity work, volunteering at the Hetrick-Martin Institute.

Cheyenne tries his hand at the music sphere and producing. Nowadays the actor's filmography consists of dozens of famous and little-known projects. In 2018, Jackson has continued to work in the popular TV series American Woman. 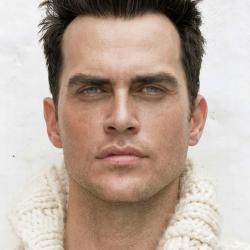