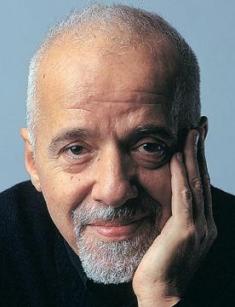 Paulo Coelho is a talented writer who, probably, does not need to be introduced. The Brazilian author has won many international awards in literature; his name is included in Guinness World Records, and the man received the Legion of Honor. These are only a few achievements of the prominent author.

The future writer was born in Rio de Janeiro on August 24, 1947. The family was quite wealthy. The boy attended a Catholic school that instilled the competitive spirit and the urge to surpass others in students; the development of individual talents was a significant issue.

Because of such a specific approach, the teenager started despising the traditional life. He wanted to master his literary skills and explore the world, but the parents viewed that as a signal of insanity and put their son to a mental hospital. For the next three years, the young man was locked there; he fled three times and was returned. Schizophrenia was the official diagnosis.

The parents reached their goal: their son gave up his plans to write books and entered a school of law. The rebellious nature and intolerance to imposed opinions won, though: the next year, Coelho began to build his own life and quit his studies to join the hippie movement. At that time, the would-be writer traveled across all countries of South America and visited Europe and North America as well. It was the time of freedom, vagrancy, and even drugs.

Paulo came back home several years later; he did not resume his studies and earned his living by songwriting for popular rock artists. All in all, the poet created more than a hundred works on social topics. There was another interest: occultism and self-proclaimed black magician Aleister Crowley’s ideas.

In addition, the young man worked part-time as a journalist and theater director; he played several parts himself. In his spare time, Paulo communicated with his anarchist friends, who founded an anti-governmental organization. Military leaders could not but notice such an unusual person as Paulo Coelho; he was accused of anti-governmental activities and imprisoned. Some sources claim the man was tortured there.

The fact that Paulo had been treated for schizophrenia as a teenager saved him: old medical documents gave the ground to identify him as an irresponsible person and set him free.

One day, Paulo’s life changed dramatically: he met a member of a Catholic religious order who explored Evangelic secrets. This man became Coelho’s spiritual guide; under his influence, the would-be author went on a pilgrimage to Santiago de Compostela, Spain, where the shrine of Saint James the Greater was located. According to Paulo, it dawned upon him that songwriting was not his destiny – literature was.

It is hardly possible to say what caused the decision: it could be supreme forces or the fact that Coelho got sick of wasting his talent. Whatever the reason was, the man’s childhood dream came true: he began to write. The first book was based on the author’s pilgrimage – the impressions were still fresh. The Pilgrimage was released in 1987. Although it did not bring him as much fame as The Alchemist, it increased pilgrims’ and tourists’ interest in the places described in the text.

The Alchemist came out the next year; this story became iconic and continues to be discussed by literature lovers all over the globe. Surprisingly, the novel did not raise much interest among readers; only several hundreds of copies were sold. In 1994, the book was re-released in the United States and proved to be a bestseller within days. Coelho gained what he had wished – international recognition and the status of a real writer.

The next book, Brida, was presented in 1990. From that time, the author released one book per two years; many earned people’s love in various countries, but none of them repeated the success of The Alchemist. Veronika Decides to Die, Eleven Minutes, The Fifth Mountain, The Winner Stands Alone, The Zahir, and Maktub are the most popular works. Three books are autobiographical: The Valkyries, The Pilgrimage, and Aleph.

Coelho’s novels have been sold in 170 countries; his quotes travel all over the globe. Those who choose the way of self-improvement appreciate Manual of the Warrior of Light. There have been several screen adaptations of the author’s stories. Each new book evokes much excitement among fans, while critics’ opinions are less favorable. Some of them write smashing reviews and bring down the writer’s style and content. Still, criticism cannot reduce fans’ sincere love.

Paulo Coelho’s personal life has always been abundant; women liked him when he was only a teenager.

The first wife, Vera Richter, was born in Belgrade, Yugoslavia. She was eleven years older than her husband; perhaps, this fact caused the quick break-up.

At the age of 25, Coelho met Adalgisa Rios. The hippie could not resist the extravagant beauty; they were wandering around the world and took light drugs; everything seemed to be cloudless. Still, the relationship ran out of its steam soon.

Cissa McDowell became the great writer’s next wife; she was 19 at that time. The couple spent together three years.

Today, Paulo Coelho is happily married to his fourth wife, Christina Oiticica; they met in the early 1980s. Perhaps, the secret of their strong union is that the woman helped the writer believe in himself.

Oiticica has always supported her beloved one and even organized the travel when Paulo met his spiritual guide.

Nowadays, the writer continues to create novels; Love, Adultery, The Spy, and Hippie are the most recent works. Coelho has been included in Guinness World Records as the author whose book was most frequently translated in his lifetime – it was The Alchemist.

Apart from writing, the man has other interests. He founded an organization in Brazil that helps people protect their rights; according to the author, it was the basis of a happy life and fruitful creation.

The writer participates in the preparation of the screen adaptation of The Alchemist. Rumors have it Idris Elba will play the lead character; Laurence Fishburne will be the director.

Journalists often call the writer the man of a new age for his intelligence and, simultaneously, inner liberty. One should give credit to Coelho and his strong character: he went through a mental hospital and prison without rejecting his childhood dream. He has given many pleasant hours to those who love his books.

When you want something; all the universe conspires in helping you to achieve it (The Alchemist)

For her, every day was the same, and when each day is the same as next, it’s because people fail to recognize the good things that happen in their lives every day the sun rises (The Alchemist)

They all believe that man feels desire for only eleven minutes a day, and that they’ll pay a fortune for it. That’s not true; a man is also a woman; he wants to find someone, to give meaning to his life. (Eleven Minutes)