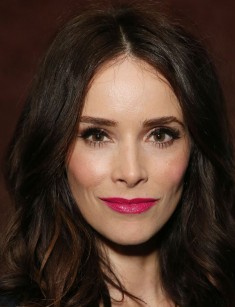 According to statistics, 70% of movie actors began their career with series. Some of them were lucky to participate in successful projects, such as Friends or Tales from the Crypt; others took their first steps in soap operas like Another World (Lindsay Lohan), In Living Color (Jennifer Lopez), or Dallas (Brad Pitt).

Abigail Spencer also began with soap operas and moved to high-ranking series soon. From the early 2000s, she has been conquering the big screen.

Abigail Leigh Spencer was born in Gulf Breeze on August 4, 1981, into the family of an outstanding surfer Yancy Spencer III and his wife Lydia Ann Brown. The girl showed the interest in art early and participated in various local competitions. As a school student, Abigail immediately joined a theater club.

She appeared in several successful plays including outside-school projects. Apart from the theater club, Spencer attended a music school. After Abigail graduated, she went to New York to soar to the Broadway theater heights. She had several notable roles, and the producer of All My Children broadcast by ABC invited the young woman to a restaurant.

He admired Spencer’s acting and offered her a role of Rebecca Tyree in his series. The actress agreed; in 1999, she appeared in the project and worked there until 2001. Later on, she played in more popular projects: Gilmore Girls and CSI: Crime Scene Investigation.

In 2001, Abigail tried herself as a movie actress and participated in a low-budget horror Campfire Stories. Although it did not gain much popularity, acting in a movie was more interesting to Abigail than the series work. Nevertheless, large studios did not give her movie roles, and the artist had to agree on short and TV movies; the format was similar to series. Spencer realized it was too early to go to the big screen and came back to series.

The fantasy drama Ghost Whisperer, sitcom How I Met Your Mother, drama series Mad Men, and detectives Castle, Bones, Suits, and True Detective were the most famous projects of that period.

In 2007, the actress had another attempt to enter the world of the big screen: the adaptation of Stevenson’s eternal story about Dr. Jekyll and Mr. Hyde. Again, it was a failure: the audience liked the British series that came out the same year more.

The next experience brought better results: both the audience and movie experts, such as Jon Favreau, liked the 2010 thriller In My Sleep. Favreau offered Spencer a role in his fantastic action movie Cowboys & Aliens starring Daniel Craig, Harrison Ford, Olivia Wilde, and Sam Rockwell. The box office hardly covered the expenses of the project, but the start has been made, and it did not take much time to receive another offer.

In 2012, the comedy This Means War was released; Tom Hardy and Chris Pine got the lead roles. Abigail Spencer, Reese Witherspoon, and Til Schweiger had the secondary parts. The same year, Abigail appeared in the biographical drama Chasing Mavericks with Gerard Butler and the horror sequel The Haunting in Connecticut 2: Ghosts of Georgia.

The next year was marked with Sam Raimi’s great screen adaptation of The Wizard of Oz and low-budget melodrama Kilimanjaro where the actress gained the lead role.

Since 2014, Spencer has been presenting two or three movies each year. Beautiful Now, The Forger, This Is Where I Leave You, The Sweet Life are the most notable recent projects. Besides, Spencer continued to work on short movies.

When the young woman was trying to get a movie role, she met Andrew Pruett, the producer of NRG eSports. Their romance led to the wedding in 2004. Four years later, the couple’s son Roman was born. When the boy was five, Andrew and Abigail divorced. Some people believe the actress had an affair with Gabriel Macht who was her partner in the series Suits. However, there is no evidence of their romance.

The next year, Spencer was often seen with the actor Josh Pence who co-starred with Abigail in the 2013 short movie Here and Now. In 2014, hackers broke into the woman’s iCloud account and posted her intimate photos; there is a theory the actress sent those pictures to Josh.

In 2016, the actress started playing one of the lead roles in the fantastic series Timeless. In September 2017, the series won the Banff World Media Festival award; Abigail shared this news on her Twitter page.

The woman loves social networks. Twitter and Instagram her favorite apps: the daily posts prove that. The actress tells her followers about her current projects and free time, just like a real American celebrity.

In addition to Timeless, the artist participated in other series: Rectify and Burning Love. She may appear in the next season of Suits. As for the movies, The Heyday of the Insensitive Bastards with Spencer came out in 2017. One Heart and Wrong Number will also star the actress.

Abigail is actively engaged in short movies. Together with her boyfriend, Josh Pence, and Taylor Kitsch, she participated in The Pieces (2014).

The actress tries to spend her free time with her family. After her father’s death in 2011, she meets with her mother, the elder brother Yancy Spencer IV, and the younger brother Sterling Spencer even more frequently.

Apart from social and family events, Abigail enjoys camping. One can hardly imagine this fragile woman (the actress’s height is 165 cm., and her weight is 52 kg.) walking through the thick woods with a heavy backpack. Indeed, she prefers to be lightly equipped: only the necessary things including her iPhone to take pictures and videos and post them later on her Instagram page. 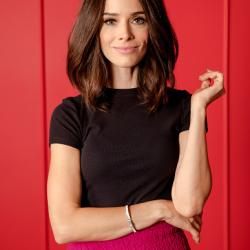