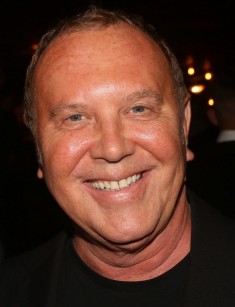 According to The Wall Street Journal, Michael Kors is the most influential and outstanding citizen of New York. The future designer realized what he would like to do early: at the age of five, he recommended his mother to get rid of bows on her wedding dress. Gradually, the boy turned into the creator of the modern American style, both comfortable and elegant. Kors’s life is the story of the talented self-taught person who has been trying and experimenting and cast away the fear of making mistakes.

Karl Anderson Jr. was born in 1959 in New York. In one of his interviews, he remembered:

“I grew up surrounded by these tough, ballsy, strong women.”

When the boy was two, his mother, a model Joan Krystosek, divorced her husband; later, she married a businessman Bill Kors. When Karl was a teenager, he decided to take his stepfather’s second name and also changed his first name to Michael.

The would-be designer started to appear in ads early. Producers noticed the good-looking and cheerful boy at a children’s holiday and invited him to shoot. However, the mother did not like the fact that Michael was distracted from his studies.

In his childhood, Kors dreamed of building design; later, he wanted to go to Detroit and construct automobiles. Eventually, he chose fashion: the mother’s work in the modeling business and the grandfather’s occupation in the textile industry contributed to this decision.

In 1977, Kors entered the Fashion Institute of Technology and got hired at the boutique Lothar’s. Two years later, the store owner offered Kors to try himself in clothes design. Happy, Michael accepted the offer; he was so involved in the new occupation that he neglected his university studies. At first, Kors created what he had been told and tried to copy other designers. In a year and a half, he realized what kind of clothes he would like to see in stores and what should be done to sell it.

In 1980, Kors’s dress for Lothar's Boutique appeared in Vogue. Dawn Mello, the manager of the nearby department store Bergdorf Goodman, noticed the youth talent. She watched Michael arranging the window items and offered the young man “to drop in” and show his ideas to the Bergdorf Goodman buyers.

In a while, the designer started collaborating with his friend John Orchulli and launched the first clothing line. The colleagues were creating the collection in Michael’s small apartment in Greenwich Village. Two years later, the brand Michael Kors debuted at a runway show.

In 1987, the designer’s clothes appeared in Vogue again: the magazine readers saw Uma Thurman wearing the brand skirt and crop top. In the 1990s, the designer paid attention to the mass market and presented a cheaper clothes series.

In a couple of years, he began to create men’s clothes. Rumors have it Kors was looking for simple gray panties and a cashmere jumper but failed to find anything suitable. Thus, he decided to create what he needed himself.

In 1997, when Kors was a globally known fashion designer, he headed the French company Céline. The multinational conglomerate company LVMH purchased the third part of his brand. Later, Michael sold 85% of his business to Sportswear Holdings Limited.

In 2000, the first Michael Kors store opened in the center of New York. At that period, the brand perfume appeared: the first women’s perfume was named like the company, and ISLAND MICHAEL KORS became the first men’s perfume.

In 2009, Michelle Obama increased the Americans’ interest in the designer’s works: she was wearing his dress in the official picture with her husband. Later, she often chose the brand products for social events. For example, she selected a sparkly black sheath dress from the newest collection for the inauguration ceremony in 2013.

In 2011, Michael’s company put its stock at the stock exchange. The success of the first public offer proved to be tremendous: 47,2 million shares were sold for $20 per item. The next year, the company increased the price up to $47; 25 million items were sold.

In Project Runway, Kors was one of the jury members from the first to the tenth season. When he got tired of that work, the fashion designer Zac Posen replaced him.

Kors has never changed his views on fashion: in his opinion, the sports style will dominate in the future, and modern women do not need to demonstrate their sexuality openly because they are confident about their body and identity. Thus, his collections stand out for the combination of the external simplicity and exquisiteness.

Utilitarian Americans were satisfied by Michael’s works. At the same time, the designer’s products are notable for straight lines, laconicism, and elegance. Anyone can find various items of clothes and accessories to create a complete image: bags, watches, purses, top garment, and footwear.

Kors is openly gay and discusses personal life issues with no embarrassment. Michael and his partner Lance LePere have been together for 20 years. When same-sex marriages were legalized in America, the lovers were one of the first couples who decided to marry officially. Lance works as a creative director in his husband’s company.

Michael is a public person; he frequently and gladly participates in social events. The man is an active social network user and maintains his personal website. Millions of people follow the designer on Instagram.

Michael Kors is actively engaged in charity work and collaborates with the United Nations World Food Program. He carries out initiatives and facilitates fundraising to help starving people. In 2013, the designer created the series Watch Hunger Stop; each item helped feed 100 children in developing countries.

Today, Kors is one of the most popular fashion designers for the broad audience. His boutique chain operates in Chicago, New York, Hong Kong, and Dubai. Although he produces mass products, the first lady of the United States and many Hollywood stars, for instance, Catherine Zeta-Jones, Jennifer Lopez, and Gwyneth Paltrow, feel free to wear his clothes. The actress Joan Allen appeared at the Academy Awards ceremony in the Michael Kors dress; Jennifer Garner held the ceremony wearing the exclusive dress that the designer created especially for her.

In September 2018, it was announced that the company Michael Kors bought the brand Versace for $2.12 billion. The designer plans to change the name to Capri Holdings Limited and focus on the brand development so that the sales revenue will increase up to $2 billion in 2019. 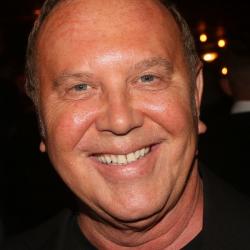