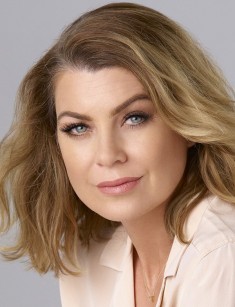 Ellen Pompeo is an actress whose career traditionally causes not only the admiration of viewers but also certain envy of her colleagues. The fact is that Ellen got a role in one of the most popular TV series Grey's Anatomy that have fans all over the world. Besides, Ellen Pompeo’s credentials include many excellent and outstanding movies.

The future actress was born in the small town of Everett, Massachusetts. Ellen Pompeo has Irish and Italian ancestry. The girl's parents were religious; therefore, from early childhood, Ellen had to follow Catholic strict rules and traditions.

When Ellen was four years old, the family life was blighted by misfortune. The girl's mother died of a painkiller overdose. Ellen Pompeo's father was not alone for long. The man remarried soon after, and the girl had to get used to living with her stepmother.

The family was not wealthy, and as a teenager, Ellen Pompeo began working in the nearest bar earning a small salary. She did not want to burden her father and his new wife. The girl also did not give up the dream about an individual life. Therefore, having saved up for a ticket, Ellen went to conquer New York City.

At first, the young woman continued to work as a waitress, but soon an employee of an advertising agency noticed bright and attractive Ellen. They offered her roles in commercials.

This meeting turned out to be fateful. Of course, the shooting in advertising did not make Ellen Pompeo famous, but it gave the girl acting experience, as well as meaningful contacts. Thanks to it, the actress got the first role in a film in 1996. Ellen made her debut by guest-starring in the series Law & Order. Although this role was small, it got Ellen one step closer to her cherished dream.

After the first role, Ellen Pompeo returned to rare shooting in advertising and a starched waitress apron again. For a few years she thought and waited for new serious projects, and then decided to move on and in 2001 she went to Los Angeles. At first, Ellen had a hard time because bit parts and auditions almost shook the girl's faith in herself.

In 2002, the actress’s efforts were rewarded. Ellen was invited to shoot in the film Moonlight Mile directed by Brad Silberling. Ellen Pompeo’s partners on the set were Jake Gyllenhaal, Dustin Hoffman, Holly Hunter. This film did not cause a stir after the release but attracted the directors' attention to Ellen, who had perfectly portrayed the heroine.

Soon the filmography of the actress included another work. This time Ellen was lucky to play in Steven Spielberg’s movie Catch Me If You Can. Ellen Pompeo had quite a modest role, but the woman managed to work with such professionals as Jennifer Garner, Leonardo DiCaprio, Christopher Walken.

The film was also successful for the actress, whose income, as well as fame, gradually increased. However, Ellen Pompeo became really popular one year later.

In 2004, the actress played in two cult TV series. In Friends, Ellen got a cameo role, but in the TV series Grey's Anatomy (released in 2005), Pompeo portrayed one of the title characters, whose career and personal life took center stage in the story.

The story centers on the employees of Seattle Grace Hospital, who save the lives of patients and try to build their own.

Director Shonda Rhimes managed to find a star cast. The partners of Ellen Pompeo (who played the role of intern Meredith Grey) were Sandra Oh, Patrick Dempsey, Isaiah Washington. For her role in Grey's Anatomy, the actress won numerous awards, including the coveted Golden Globe Award for the Best Performance by an Actress in a Television Series – Drama (2007). Ellen Pompeo, as well as the heroine, were changing for many years forcing viewers to empathize with the action on the screen.

In 2015, viewers were pleased to see the favorite actress in Taylor Swift’s video for the song "Bad Blood." 16 more stars appeared in it, including Selena Gomez, Cindy Crawford, Jessica Alba. According to the singer, all the recognized beauties of show business had to demonstrate that women were by no means the weaker sex. And they succeeded because the video turned out to be exciting and entertaining.

Ellen Pompeo has a happy life. The husband of the beautiful actress, music producer Chris Ivery, supports the wife in everything. Chris is aware of the details of the work in show business. Therefore, he understands the particular aspects of acting career, constant rehearsals, and shootings.

Ellen and Chris got married in 2007, but they began dating four years earlier. Having tasted their own feelings, the young people decided to marry. Ellen Pompeo's wedding was modest because the couple did not want to draw attention to this personal holiday. It is interesting that the bride’s dress was unique because Ellen wore a Yves Saint Laurent black dress.

In a while, Ellen realized that she was pregnant. Soon, the actress gave birth to the first child, daughter Stella Luna Ivery. A few years later, Ellen Pompeo and Chris Avery became parents for the second time. However, they welcomed a baby with the help of a gestational surrogate. The second child was also a daughter, named Sienna May Ivery. Two years later, in 2016, the couple had a son, Eli Christopher Ivery. A surrogate mother also carried the boy.

This fact has caused a lot of rumors in the media. People discussed the reasons for the gestational surrogate. There were versions of the woman's addiction to alcohol, as well as the fact that Pompeo was sick with anorexia. Ellen chose not to comment on such speculation in an interview. At any opportunity, the actress stresses that she is satisfied with her personal life and makes every effort to make her family home cozy and happy.

In 2018, Ellen Pompeo’s photos appeared on the pages of news magazines, as well as on Instagram, Twitter, and other social networks again. This time, the reason for the publications was not the regular gossip about the facial plastic surgery that the actress allegedly underwent, but the new project Station 19 with Ellen.

This series was another spin-off of Grey's Anatomy, but unlike the main project, the story centers on the employees of the fire station. Ellen played the familiar role of Meredith Grey. But Jason Winston George, Grey Damon, Danielle Savre portrayed the title characters.

The pilot episode received positive reviews from both critics and viewers, so Station 19 has every chance of becoming as popular as Grey's Anatomy. It is known that they have already begun filming of the second season. 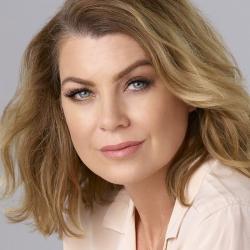