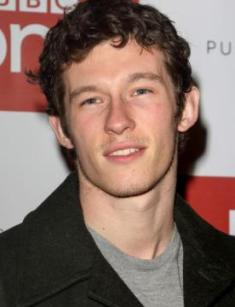 Callum Turner is a young English actor and model who has recently begun an acting career but has already become famous thanks to his roles in the war drama Queen and Country, the TV series Glue, and the historical epic series War & Peace.

Callum was born and raised in the capital of England, in an affluent area of Chelsea. The boy was very friendly with his mother, who encouraged the boy to try his hand at art. Turner liked to watch movies, but his mother tried to choose only worthy movies for her son.

As a result, the boy did not follow the crowd and did not watch the popular blockbusters that his peers liked, preferring real masterpieces. The Canadian drama A Room for Romeo Brass made the most significant impression on the teenager, after which Callum decided to become a screen actor.

However, Turner began his career in a different industry. In 2010, the twenty-year-old man signed the first contract for advertising products of the Next and Reebok brands. As a model, Callum participated in a large number of photoshoots, and one could see the future movie star on many advertising posters.

A year later, success in the modeling business helped Callum Turner make his long-awaited movie debut. The actor was cast in the role of Tony in the drama Zero, after which he appeared in the historical series The Borgias, the melodrama Leaving, the crime detective Ripper Street. Directors paid particular attention to the young actor after Callum participated in the mini-series The Town, in which Turner cooperated with the Sherlock star, Andrew Scott.

The historical drama Queen and Country was quick to follow, where Callum Turner finally appeared in the title role. The actor found it interesting that the director was like a professional psychoanalyst. He asked Callum the secrets of his past and discussed details of the character’s personal life so that Turner could play as realistic as possible. After that, the young man was named one of the most promising British actors who could make the United Kingdom proud in the future.

Callum's next significant work was the crime series Glue, in which he played a gypsy tramp whose younger brother was killed. He also appeared in the fantasy thriller Victor Frankenstein, in which Daniel Radcliffe and James McAvoy also starred. Another popular film with Turner was the teen thriller Green Room about rock musicians.

But the greatest success in the actor's career has become the character in the epic TV series War & Peace, based on the classic novel by Leo Tolstoy. The actor’s hero, Anatole Kuragin, is a frivolous heartthrob and dandy who persuades Natasha Rostova (Lily James) to run away with him. The project premiered in January 2016.

In 2016, one more movie was released. The actor appeared in the fantasy action movie Assassin's Creed, based on the famous franchise of computer games. The actor played a secondary role in this fantasy film.

Like in the game, the action of the movie takes place simultaneously in the fantastic future and 15th-century Spain. They use the plot twist because, in the future, people invent technology that allows them to relive the memories of their ancestors.

The film’s antagonists, the surviving organization of the Templars, want to use these technologies to force the title character, Michael Fassbender, to relive the memory of his ancestor and find out the location of the valuable artifact, the Apple of Eden, which the Templars supposedly need to eradicate human violence.

Instead, the hero realizes that he belongs to the ancient and mysterious order of the assassins. During sessions, the man from the future accumulates combat skills preserved in the memory of his ancestor and finds the strength to oppose the brutal organization.

However, the film disappointed both fans of the game and viewers who were unfamiliar with the franchise. Assassin's Creed received negative reviews from film critics and ordinary viewers, who shared their opinions on movie sites.

Turner is still quite young and too keen on his career to think about a family. The romantic relationship of the actor is still not serious, and the actor does not like to talk about them.

Callum Turner grew up in the area of Chelsea, London, and since childhood is considered to be a loyal fan of the Chelsea football club, owned by Roman Abramovich. The actor has season tickets to the stadium and tries not to miss a single match of his favorite team.

In 2017, Callum Turner appeared in the French-Canadian movie Mobile Homes about a family of young scams who drifted from one motel to another around the USA in the winter.

The same year, the actor played a leading role in the drama The Only Living Boy in New York. Despite the title, the movie does not have a post-apocalyptic plot; it is a life story about a young man who finds out that his father has a mistress. While trying to break their relationship, the guy falls in love with this woman and wants to win the heart of his father’s lover.

Fans around the world were looking forward to watching the film, because the story takes place in the famous magical world of the Harry Potter books, although it is only the second movie about the adventures of Scamander. Fantastic Beasts is a prequel to the world-famous story about the Boy who survived. The story takes place 70 years before the events of the Harry Potter film series, so fans are especially pleased to find references to the adventures of Harry Potter, to look for connections between the characters, to learn about the lives of the heroes mentioned in Harry and his friends’ textbooks.