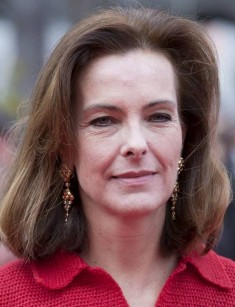 The French actress Carole Bouquet is known to the mass audience as "Bond's girlfriend." The movie experts appreciate her for her roles performed in the movies of Buñuel, Blier, Coppola. Both the spectators and the experts have an agreement in one: Bouquet has been and remains the gorgeous woman. The actress doesn't have accounts in the social networks; she isn't registered on Instagram, that’s why she attracts even more attention of mass media. However, nobody manages to find out her private secrets. It’s not without reason that Carole is considered to be a mysterious woman.

Carole Bouquet was born in the commune of Neuilly-sur-Seine, France in France. When the girl turned three years, her mother left family and Carole, and her elder sister stayed with their father. Robert Bouquet worked as an aviation engineer. By the memories of the actress, he wasn’t a sociable person. The daughters sorely missed maternal education and care. They had nobody to talk about themselves and their maturing and about the fact how it was to become a woman.

In one of the interviews, Bouquet admitted that in her young years she suffered from self-harm (i.e., she consciously damaged herself physically and in such a way she expressed her strong emotions). Till the age of twenty-five she couldn’t adequately talk with other people, she was extremely shy and avoided communication with the young men.

The difficult situation in the family couldn't but leave a trace on the character of the future celebrity. Carole has changed four schools, and she hasn’t stayed for a long time in the boarding school of Dominican nuns. The girl was trying to find herself and has filed the documents for the Philosophy faculty in Sorbonne. Though, she has studied here only for a couple of days. At last, Bouquet began to attend the National Academy of Dramatic Arts where she has finally felt herself in the right place.

Carole was still a student when the agent came to her on the street and offered her to pass the auditions for the leading role in the movie directed by Luis Buñuel under the title That Obscure Object of Desire (1977). During the audition, the actress was nervous and couldn't get rid of the idea that she wasn’t worthy enough to take part in this movie. Bouquet had some doubts during the shooting process. The girl arrived at the premiere of the film in tears and was sure that the results of her work were unsuccessful.

The movie by Buñuel received a couple of prestigious awards and was nominated for Academic Awards and César and Golden Globe Awards. And the actress who performed the role of Conchita began to have the image of the indifferent and mysterious beauty. Bouquet needed a couple of years to get rid of this image. After the premiere in New York, the actress spent some time in the USA where she got acquainted with Andy Warhol, Jackie Onassis, Lauren Bacall.

In 1981 the actress became famous due to her participation in one more film about James Bond. The role of Melina Havelock in the 12th series of Bondiana under the title For Your Eyes Only has made Bouquet a real sex symbol. Her long legs and charming look have brought the actress the whole army of admirers. In the 1982 Carole took part in the movie Bingo-Bongo, in which Adriano Celentano became her partner on the movie set.

In the eighties, the actress participated in the shootings in Italy (Mystery, 1983), the USA (Nemo, 1984; New York Stories, 1989), in her homeland in France (As Right Bank, Left Bank, 1984; Bunker Palace Hôtel, 1989). The picture Too Beautiful for You (1989) of Bertrand Blier has become the turning point in the creative career of the actress. The actress has already worked with this director earlier; she received the episodic role in the movie Buffet Froid (1979). Carole has embodied the part of Florence which has brought to her César Awards for Best Actress on the screen.

In 1994 the girl appeared as herself in the picture of Michel Blanc under the title Dead Tired. This comedy has received the prize at Cannes Film Festival for Best Screenplay. In 1997 there were released two movies at the same time where Bouquet managed to play the leading characters. The first one, under the title Lucie Aubrac was shot by the autobiographical novel written by Lucie Aubrac. In the second picture which was a screen-adaptation of Stendhal’s novel The Red and the Black, the actress performed the role of Louise de Rénal.

Carole has a saturated filmography, but, excepts for her roles, the public has remembered her as a face of the legendary French Christian Dior fashion house. Also, she has appeared in the advertising company of the perfume Chanel No. 5. Moreover, the actress is famous for her philanthropic activities. She takes part in the charity auctions and concerts. She cooperates with La voix de L'Enfant foundation which helps the children who suffered from the violence.

Rodolfo Recrio has become the first husband of Carole Bouquet. The couple got officially married in 1980, but their marriage didn't last for long. Already in a year, the young people separated. The actress calls her second spouse Jean-Pierre Rassam ’’the man of her life’’.

The eccentric producer who has become the legend of French cinematography helped the young woman to become self-confident.

"His love has helped to fall in love with myself", - confessed Carole in one of the interviews.

In spite of the age gap (Jean-Pierre was sixteen years older than the actress), the spouses were happy.

"He made me laugh, he consoled me and made me feel calm", - Bouquet remembers the years which she spent together with her beloved man.

In the marriage with Rassam, she wanted to give birth to the children. In November of 1981 their son, Dimitri was born. When the boy turned four the tragedy happened in their family. Jean-Pierre, who earlier had problems with alcohol and drugs died from the overdose.

After that, the actress had two more husbands. Her beloved spouses were the Corsican photographer Francis Giacobetti with whom Carole gave birth to their son Louis, and the immunologist Jacques Leibovitz. Though, these marriages didn’t last for long.

For a long time, her children were the closest people in Bouquet's life. She refused to take part in the shootings abroad so that she could spend more time a with her children. When the time came for the guys to start their adult life the actress took it painfully.

In 1996 Carole began to have relations with Gérard Depardieu. They broke-up and reconciled, announced their engagement and broke it. Their relationship lasted until 2005. After the separation Bouquet and Depardieu stayed good friends.

"For the rest of my life, I'll admire his character and his strength. He is the embodiment of life", - the actress shared her ideas in one of the interviews.

At present Bouquet is still the same refined, beautiful woman, as before. She keeps in a good physical shape (she weighs 58 kilos, and her height is 173 cm). That’s why the actress is not afraid of paparazzi who try to capture the star in a swimsuit or topless. Carole spends her free time on Pantelleria island (Italy) where she owns her land. The woman is fond of winemaking, her Sangue d'Oro wine ("Gold blood") is very demanded.

The actress prefers to keep her private life in a secret. In July of 2018, she was captured at her son's wedding in the company of the unknown man. There is no information about the man captured on the photo. In autumn of 2018, Carole became a grandmother for the second time. Her eldest son Dimitri Rassam already presented her a granddaughter Darya from the Russian model Masha Novoselova. At present h has relations with Charlotte Casiraghi. 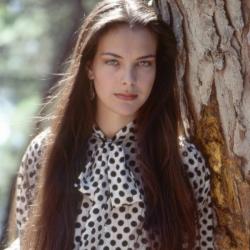