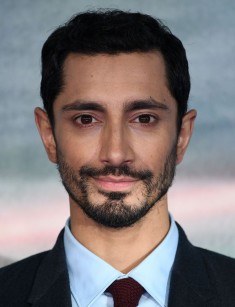 Riz Ahmed is the first artist of the Asian origin who received Emmy as an actor. He is a political activist, musician, and great fan of Eminem: when Riz was young, he recorded his songs on the tape with his parents’ wedding video. Ambiguous, original, and extraordinary, the actor successfully conquers movie Olympus.

Little is known about Ahmed’s childhood. He was born in Wembley, London on December 1, 1982. The neighborhood where the boy spent his childhood was famous for the arena and stadium with the same name. The actor’s full first name is Rizwan; together with his “non-British” second name, it provoked questions about the artist’s nationality.

Ahmed’s parents were migrants from Karachi, the Pakistani province of Sindh. The family belonged to the Muhajirun, Urdu-speaking Muslim migrants and their offspring who moved from India to the then new state, Pakistan, after the British Raj was divided.

There is no information about the parents. However, Riz has outstanding ancestors: the first Indian judge Shah Muhammad Sulaiman and the famous philosopher Mulla Mahmud Jaunpuri.

The boy went to the private Merchant Taylors' School founded in the 19th century. Later on, the young man continued his education in the prestigious Christ Church, Oxford University and got a PPE degree. As for the acting, the future star entered the Central School of Speech and Drama; Laurence Olivier, Vanessa Redgrave, Judi Dench, and Kit Harington finished the same school.

The actor’s filmography began with the 2006 movie The Road to Guantanamo by Mat Whitecross and Michael Winterbottom. The movie tells the story of three British young men of the Pakistani origin who suffered from the US state machine after the September 11th tragedy; it was a fatal coincidence for them.

As the main characters go to Pakistan to attend their friends’ wedding, they find themselves in Afghanistan. The young men are under the jurisdiction of the American government; they are put to prison, Guantanamo, and kept there for two years, tortured and humiliated – the authorities expected them to confess they were related to terrorists. Riz played the role of Shafiq; several actual participants of the events took part in the project as well. The Road to Guantanamo won the Berlin International Film Festival Award.

In 2008, the actor appeared in the movie Shifty. The movie pictured a day from a London outskirts drug dealer’s life. The lead role brought the first nomination for the British Independent Film Award.

The next year, the actor participated in Sally Potter’s Rage; Jude Law and Judi Dench became Riz’s stage partners. 2010 was marked with two movies: the comedy with a political subcontext Four Lions and the historical drama Centurion about Legio IX Hispana. Neil Marshall directed the latter project; Michael Fassbender and Olga Kurylenko starred in the movie as well.

In 2011, two new movies came out; Ahmed had the chance to collaborate with charming Freida Pinto who earned her fame for the Academy-Award-winning Slumdog Millionaire. In the adventurous drama Black Gold, the actor worked with Antonio Banderas, Mark Strong, and Tahar Rahim. The movie is set in the 1930s in the Arabian Peninsula.

The movie Trishna tells the story of two lovers played by Ahmed and Pinto; the plot was based on Thomas Hardy’s novel Tess of the D'Ubervilles. Michael Winterbottom who worked with Ahmed in his debuting movie directed the new project.

In 2012-2017, the actor appeared in nine movies and recommended himself as the New Hollywood. He had four nominations for several awards for the role of Rick in Nightcrawler. The thriller starring Jake Gyllenhaal was nominated for the Academy Award for Best Original Screenplay.

The new spy movie Jason Bourne with Matt Damon and Alicia Vikander gave the actor the role of the CIA technician. The drama Una with Rooney Mara received many warm reviews from critics. The 2016 epic movie Rogue One: A Star Wars Story introduced the actor to George Clooney’s universe. The actor gained the role of Bodhi Rook, a smart pilot from Jedha.

The actor appeared in both full-length movies and series; he had episodic and significant roles. in 2017, the BAFTA laureate Peter Kosminsky invited Riz to the two-part social drama Britz that described the aggression of the second generation of the Muslims to the countries where they were born (on the example of London attacks).

The lead role of Nasir Khan in the mini-series The Night Of made the actor the first actor of the Asian origin who won Emmy.

In 2018, the movie based on Marvel comics came out: Venom told the story about a supervillain. Tom Hardy played Eddie Brock who became a host for a dangerous symbiont; Riz Ahmed got the role of the corporation leader Carlton Drake.

The media were spreading rumors that Riz would play a supervillain symbiont Carnage. The audience noticed the interesting step of the director: in comics, Drake was pictured as a 50-year-old white man which was different from Riz’s appearance.

Apart from his acting career, Riz is fond of music: he creates songs and performs under the nickname Riz MC. Rap is Ahmed’s favorite genre; he admires Eminem’s works and believes the song “My Name Is” is his greatest work. It is peculiar that Eminem recorded a soundtrack for the movie Venom where Riz starred.

The musician has released both solo (MICroscope, Englistan) and duo albums; he collaborates with Himanshu Soni in the hip-hop duet Swet Shop Boys.

The artist also works on music videos; for instance, he cooperated with Plan B and Jim Sturgess in “Sour Times.” Besides, Riz Ahmed is often invited as a music events host; he held the famous cultural festival in Glastonbury and served as a conferencier for Massive Attack.

The man does not share the details of his personal life. There is no reliable information about the actor’s relationship status, a wife, or a girlfriend. Ahmed has no children. Only photos and stories on Instagram give a chance to glimpse the actor’s life.

Today, the actor works on the promo of the 2018 movies. Ahmed appeared in the comedy western The Sisters Brothers starring Joaquin Phoenix and Jake Gyllenhaal who used to be Riz’s stage partner in Nightcrawler.

The movie was presented at the Venice Film Festival.

Venom is the second recent project. In his interviews, the artist likes to talk about his character and emphasizes he does not view him as a supervillain figure:

“For me, when I’m playing a character like Carlton Drake, I’m sure you’ll think I’m crazy, but I totally understand what he’s doing and why he’s doing it. He’s trying to serve humanity, and he just thinks that he’s best placed to do that and he wants to find a future for the human race. And of course, as the most rich, powerful, successful, intelligent member of the human race, he should be at the center of that future as well. So, I think I’m playing the good guy, but that’s sort of what everyone thinks.” 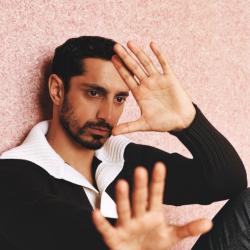