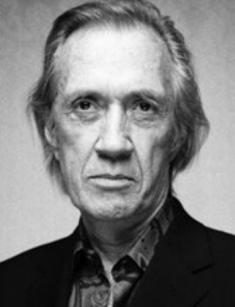 David Carradine is the Hollywood star who rose to prominence in the 1970s and 1980s. The man passed away under strange circumstances. The actor became famous not only for the brilliant acting but also for his art of body control.

Although Carradine did not win titles, he gained fame in America and around the world as a martial arts master. The directors who wanted to shoot action movies invariably recalled David. And they never backed the wrong horse.

Did the boy, who was born in early December 1936 in Hollywood, the world-famous region of Los Angeles, have a chance to choose a profession that was not related to the cinema? Moreover, John Arthur Carradine’s (his birth name) father was the famous actor who starred in 350 films, and dozens of them were included in the classical Hollywood cinema. So, it is clear that David Carradine was meant to become an actor.

The Dream Factory, which turned unknown young people into inhabitants of heaven, beckoned little John Arthur. The atmosphere of the city, soaked in the spirit of cinema, attracted and promised glory. It was normal to meet on the street a world-famous celebrity, a director or a legendary actor.

Of course, from an early age, John Arthur wanted to pursue an acting career, but he did not dream of profound, psychological roles. The young man liked action movies and westerns with brave heroes who did not fear or worry about anything. Therefore, the teenager focused on martial arts, choosing kung fu and karate. For years, he practiced the techniques until they became his second nature.

However, David Carradine had to study acting. After graduation from high school, the young man entered the University of San Francisco, choosing musical theory and composition. David was a diligent student. The actor had a career break while serving in the army. Later, Carradine redoubled his efforts searching for the first roles.

The American actor started his career with minor roles in western TV shows. David appeared in the action movies Gunsmoke and Wagon Train, released in the mid-1950s. The TV projects did not bring fame, but they were a springboard to the big screen. The novice actor changed his name to avoid confusion with his father, John Carradine.

David Carradine became recognizable in the mid-1960s when he played bright roles in Broadway plays. He got parts in the productions of The Deputy and The Royal Hunt of the Sun. The charismatic and tall (6.07 ft. (185 cm)) young man quickly gained authority among stage actors and spectators.

Hollywood filmmakers noticed David. But cinematography made Carradine famous only in the first half of the 1970s. Martin Scorsese invited the 36-year-old American actor to play the leading role in the cult drama Boxcar Bertha. Barbara Hershey became Carradine Jr.'s partner, and his father also played a secondary role.

The actor finally reached the long-awaited fame, although critics gave the movie mainly negative reviews. In 1972, David also starred in the TV series Kung Fu in which he could use his martial arts skills.

The American actor landed the role of the Shaolin monk Kwai Chang by a fortunate coincidence because Bruce Lee was the primary candidate. The famous actor refused to work for unknown reasons. So, Carradine appeared in the project and perfectly coped with the task.

Carradine co-starred with Brandon Lee in the 1986 made-for-television film Kung Fu: The Movie.

In the series Kung Fu, the actor did what he had learned in his youth. The man fought and performed difficult tricks. The role of the brave martial artist made the actor a Hollywood celebrity. Carradine was nominated for the Emmy and Golden Globe Awards. Although he did not win any prize, his name became world-famous, and his income increased significantly.

The American actor appeared in two or three action moves per year, and his career developed rapidly in the 1970s. Viewers and critics admired David Carradine’s martial arts skills, and he attracted the army of fans. The cult action movies Death Race, Ingmar Bergman’s The Serpent's Egg, Gray Lady Down were released.

David Carradine played a leading role and portrayed Woody Guthrie in the screen adaptation of the autobiographical novel of the legendary folk singer, Woody Guthrie. On the set, the actor met well-known colleagues Ronny Cox, Melinda Dillon, and Randy Quaid.

In the next decade, film critics noted that the actor’s popularity declined. David Carradine took up almost all the roles that were offered to him and often spent his energy playing in the box office flops.

The star also had the career ups and downs in the 1980s and 1990s. The American actor starred in fifty films and TV shows, but only a few of them became highly rated. He appeared in the movies Mean Streets directed by Martin Scorsese, Lone Wolf McQuade with Chuck Norris, Bird on a Wire, the mini-series North and South that earned Carradine the Golden Globe nomination. These are all the projects that were worthy of the viewers’ attention and highly appreciated by critics.

In 1993, Kung Fu: The Legend Continues, the continuation of the cult film Kung Fu, premiered.

The same year, the project Highlander: The Series was released, which aired for five years. Adrian Paul, Christopher Lambert, and Peter Wingfield played the leading roles.

As soon as Highlander: The Series ended, David Carradine appeared on the set of the second long-running project, the series Charmed, which aired until 2006. The actor got the secondary role of the Demon Tempus. During this period, he starred in the drama The Defectors.

In the 2000s, Carradine starred in a lot of projects, but viewers appreciated only a few movies with his participation. It is Quentin Tarantino’s crime drama Kill Bill: Volume 1 which premiered in 2003. In the film, the actor played a leading role, the antagonist, Bill (codename Snake Charmer), who opposed Black Mamba (Uma Thurman).

In the 2009 crime drama Road of No Return, the actor played the title character. His partner was Michael Madsen.

The last movie Stretch, in which the actor starred, was released two years after his death, in 2011. The project has a symbolic title.

In 2004, five years before his death, David Carradine celebrated the wedding in Malibu with his fifth and last wife, Annie, who was 24 years younger.

The death of the 72-year-old actor puzzled and shocked his family and fans. In the summer of 2009, David Carradine was found dead at the hotel in Thailand. The police found the body of the American in a hotel room in Bangkok. The cause of death was autoerotic asphyxia.

In 2015, she published her memoir, in which the woman released unknown data of forensic scientists and photos, which proved that Carradine was strangled. Anderson claimed that the circumstances of his death differed from the police investigation report in Thailand.

The actor’s grave is located at the Hollywood Hills Cemetery in Los Angeles.

David Carradine's net worth had an estimated net worth of $500 thousand dollars.