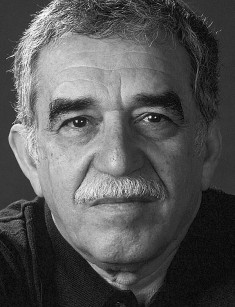 Gabriel García Márquez is a Columbian writer and a representative of magical realism in literature.

The future writer was born on March 6, 1927, in Aracataca, Colombia. Soon after the boy was born, his father got hired as a pharmacist and moved to Barranquilla (northern Columbia) with his wife. Gabriel stayed with his grandparents in Aracataca.

In winter 1936, the father took Gabriel and his brother to Sincé. Several months later, the family moved to Sucre where the would-be writer’s father opened his own drug store.

The grandparents’ upbringing made a significant influence on the boy. The grandfather, Nicolás Ricardo Márquez, was a veteran of the Thousand Days' War and the hero of Columbian liberals. Gabriel called him “Papalelo” and the “umbilical cord with history and reality.” Nicolás was a great story-teller and often told his grandson: “You can't imagine how much a dead man weighs” to remind him that there was no heavier burden than a murder. Later, García Márquez introduced these ideas to his books.

The boy’s grandmother, Doña Tranquilina Iguarán Cotes, influenced the child’s upbringing as well. Gabriel was inspired by the way she “treated the extraordinary as something perfectly natural.” She often told stories about ghosts and omens; the Colonel tried to ignore that. Gabriel liked that the grandmother pictured every story, even an impossible one, as something that was the undeniable truth. This “imperturbable” style manifested itself in several well-known works of the writer.

García Márquez was a shy child at school; he was fond of writing humorous poems and drawing comics. Classmates called the serious, quiet child who was not interested in sports and games “El Viejo” – “An old man”.

During his college years in San José, García Márquez had his first poems published in the school magazine. Later, he received a government grant and was sent to study at the Liceo Nacional de Zipaquirá, not far from Bogotá. The young man was good at various sports and became a team captain in three disciplines: soccer, baseball, and track.

In 1947, García Márquez finished school and entered the National University of Colombia, School of Law, to satisfy his father. However, Gabriel kept dreaming of writing and wanted to create works similar to his grandfather’s stories.

The university was closed after the armed rebellion Bogotazo. Gabriel was transferred to the Universidad de Cartagena and began to work as a reporter in a local newspaper. In 1950, García Márquez decided to concentrate on journalism, moved to Barranquilla, and got hired as an observer and reporter in the newspaper El Heraldo.

Life and new acquaintances in Barranquilla became the rich source of learning global literature. At that period, García Márquez formed his peculiar vision of the Caribbean culture.

In 1955, the first novella Leaf Storm about an old colonel was presented. It took the writer seven years to find a publisher. Once, the Columbian noted Leaf Storm was his favorite work among those created from 1973: it was the “most sincere and spontaneous” book.

Six years later, the second novella No One Writes to the Colonel telling the story of the 75-year-old retired colonel and Thousand Days' War veteran was released. Ernest Hemingway’s influence may be traced in this realist work.

In these novellas, as well as some books created later, one can find references to La Violencia, a cruel civil war between the Liberal and Conservatives parties in Columbia in the 1950s. The characters experience injustice: curfew, underground papers, and press censorship. Such references are present in the first novel In Evil Hour (1962), but the writer decided to avoid making his work a platform of political propaganda.

While the first works of the writer pertained to realism, the writer began to experiment with his style late. For instance, the style of the novel One Hundred Years of Solitude (1967) that brought the writer the global fame is characterized as magical realism. The fragment when a beautiful woman who was hanging clothes out to dry was taken away by a gust of wind is probably the most illustrative example of the genre.

In 1972, García Márquez introduced his early works to the public and presented the collection Eyes of a Blue Dog that included his short stories created in 1947-1955 and published in local newspapers. At that time, Márquez had not identified his style and let himself experiment. He was a master of his job.

In the late 1960s, García Márquez was inspired by the escape of the Venezuelan dictator Marcos Pérez Jiménez and started his dictator novel The Autumn of the Patriarch. He was working on the book for seven years, until 1975. According to the author, it was the “poem on the solitude of power.” The story is presented through an anecdote series describing the politician’s actions and life in a non-chronological order.

In 1981, the novella Chronicle of a Death Foretold, innovative in its form, was published. This work was written in a pseudo-journalist style. The director Francesco Rosi created a movie based on the book.

On December 8, 1982, García Márquez received the Nobel Prize in Literature “for his novels and short stories, in which the fantastic and the realistic are combined in a richly composed world of imagination, reflecting a continent's life and conflicts." The writer’s speech was entitled “The Solitude of Latin America.” García Márquez became the first Columbian and fourth Latino American who gained the Nobel Prize in literature.

In 1985, the next bestseller, Love in the Time of Cholera, came out. The novel explores love in its various forms, ideal and filthy. The tragicomic story of the writer’s parents served as the basis of the book. The girl’s father did not approve of Luisa’s choice: her boyfriend was known as a womanizer. Gabriel Sr. had to write hundreds of love poems and letters before Luisa’s parents allowed the couple to marry.

Four years later, García Márquez published the novel The General in His Labyrinth. It is not an easy task to identify the genre: critics’ opinions are diverse. Some of them even suggested the term “new historical novel,” the genre combining Latin American Boom, post Boom, and postmodernism.

García Márquez was engaged in cinematography as well. He created scenarios for more than 25 movies and series; 17 movies based on his books were made.

In 2000, a Peruvian newspaper La Republica published a poem “La Marioneta” by a Mexican ventriloquist Johnny Welch. For some reason, people believed García Márquez was the author of the poem. The rumors were spreading quickly: the touching lines were said to be the good-bye letter of the seriously ill master. Radio stations were reciting the poem for two days, and the poem went viral on the Internet. However, it was revealed that García Márquez had nothing to do with that work.

The 2014 novella Memories of My Melancholy Whores in Spanish became the writer’s last book. It was the first work after a long break. In 2011, the Danish director Henning Carlsen created a movie based on the novella.

García Márquez met his future wife, Mercedes Barcha, when she was a school student. The young people had to wait for Mercedes’s legal age. In 1958, the lovers married and moved to Caracas. The next year, their first son, Rodrigo García, was born. He became a TV and movie director.

In 1961, the couple traveled across the south of the United States and settled in Mexico. The writer always dreamed of seeing the south because he liked William Faulkner’s southern novels.

In 1999, the man was diagnosed with lymphoma. García Márquez had a round of chemo in a Los Angeles clinic and experienced a remission. This event made the Columbian start writing his memoirs. In his interview to El Tiempo, the writer said:

“I reduced relations with my friends to a minimum, disconnected the telephone, canceled the trips and all sorts of current and future plans.”

In 2012, Gabriel’s brother, Jaime, announced García Márquez had dementia. Two years later, the writer was taken to a hospital with strong dehydration: doctors found infection in his urinary tract and lungs. On April 17, 2017, 87-year-old Márquez died of pneumonia.

The writer’s body was cremated during a family ceremony in Mexico. On April 22, the leaders of Columbia and Mexico visited the official ceremony. The funeral cortege with Márquez’s ashes departed from the house, where he had lived for more than 30 years, and moved to Palacio de Bellas Artes. Residents of Aracataca, the writer’s native town, also held a symbolic funeral ceremony. 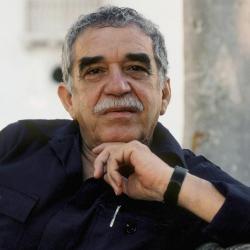