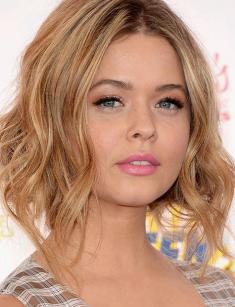 Sasha Pieterse is the actress who played Alison, the most mysterious character in the series Pretty Little Liars and gladly talks about her. The actress does not hesitate to appear in bedroom scenes or deal with the uncertainty of Alison’s sexual orientation. Pieterse began her career from commercials and little episodes in movies. She keeps the way she has chosen, and even health issues cannot stop her.

Sasha Pieterse was born on February 17, 1996, in Johannesburg, South Africa. Her parents, professional acrobats, noticed the child’s talent quickly and moved to Las Vegas so that the girl could build her career.

Sasha debuted at the age of four: the brown-haired, blue-eyed girl attracted producers’ and directors’ attention at once. The series Family Affair brought her first significant role: Buffy Davis, the niece of the main character who turns the bachelor’s life upside down. The girl looked so natural that critics marked the young talent’s work: in 2003, she received Young Artist Awards – Best Performance in a TV Series (Comedy or Drama) – Young Actress Age Ten or Younger.

The episodic role in the series Stargate SG-1 and two episodes of the series Wanted became the next steps toward the international recognition. Andie from the series House became the most brilliant character at that period: Sasha personified a child with cancer.

In addition to her movie career, the girl sometimes participated in commercial photo sessions and fashion shows including Macy's Passport Show. Besides, Sasha learned how to play the guitar and took up singing classes.

In 2007, Jieho Lee offered the beginning actress the role in his drama The Air I Breathe. Pieterse personified young Sorrow whose character is based on sad emotions.

2010 brought the actress the series that made her the international star: she succeeded at the auditions for the series Pretty Little Liars and got the role of Alison DiLaurentis. The beauty’s dead body is found in the first episode, but there are many flashbacks with her in several seasons. Soon, Sasha made friends with her stage partners: Ashley Benson, Lucy Hale, and Shay Mitchell.

The series remained popular for seven seasons. At the same time, Sasha participated in other movies. For example, she appeared in the blockbuster X-Men: First Class and played one of the mutant students who attended Professor Xavier’s school.

In 2013, the artist tried herself in music: she recorded several songs for her own album. It was supposed to be a country album, but Pieterse created four songs and took a break in her music career: she was too busy with cinematography and had no time to record new tracks.

Sometimes, fashion gurus question the actress’s choices. In 2014, Gossip online magazine included Pierse in the top worst-dressed celebrities: critics did not like the dress she had worn for Teen Choice Awards. By the way, she won Choice TV Female Breakout Star at that time.

In 2016, the young woman gained one of the lead roles in the crime comedy Coin Heist. The plot is pretty simple: Dakota (Sasha Pieterse) and her three classmates decide to rob the U.S. Mint to save their school.

In 2017, Sasha was invited to Dancing with the Stars; Gleb Savchenko who was the tenth among professional Latino-American dancers in the world became her partner. Unfortunately, the couple left the show after the fifth show when they performed in the style of the cartoon Little Mermaid.

In 2015, when the actress turned 19, she received a gift from her boyfriend Hudson Sheaffer: he proposed to her. By that moment, the young people had dated for three years.

The long-term screening revealed the woman had polycystic ovaries because of hormonal imbalance and overweight. The disease was diagnosed on time, and the actress began to recover. Hudson proved to be a supportive and reliable partner.

In February 2018, the creators of Pretty Little Liars announced the spin-off of the series. Pretty Little Liars: The Perfectionists is coming soon; Sasha will be one of the central figures. The story is set in a college where the young woman and some of her old acquaintances (the secondary characters of the first series) will study; they will investigate a murder.

The 2018 movie The Honor List is one of Sasha’s recent works. It is a melodrama about the students who decide to do the activities that their deceased friend had no chance to do. Karrueche Tran, Arden Cho, and Sierra McCormick became Pierse’s stage partners.

In May 2018, the long-awaited event took place: Sasha and Hudson married. The wedding ceremony was held in Glaslough, Ireland. The couple rented an old castle and invited their nearest and dearest.

The young woman posted a photo on her Instagram: she was playing the billiard in a wedding dress. According to Sasha, there was nothing like playing in a secret room at five o’clock in the morning after her own wedding.

When the actress has free time, she plays with her dog, answers fans’ questions on Twitter, and plays the guitar. 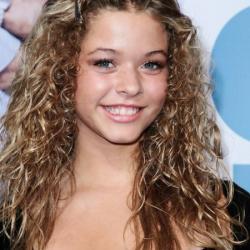