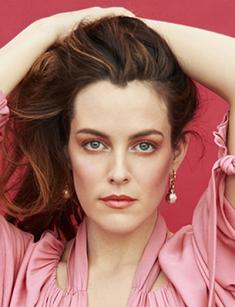 Few people know that the granddaughter of legendary Elvis Presley conquered Hollywood and became a famous actress. Riley Keough tries to hide this information, preferring to win the hearts of viewers with talented acting. She became famous mainly for her collaboration with director Steven Soderbergh, who invited her to his films Magic Mike, Logan Lucky and the series The Girlfriend Experience, for which Keough was nominated for the prestigious Golden Globe Award.

Danielle Riley Keough was born on May 29, 1989, in Santa Monica, California, USA. Mother Lisa Marie Presley is a singer and the daughter of "The King of Rock 'n' Roll," Elvis Presley. Her father Danny Keough is a singer and songwriter. The girl has a brother, Benjamin Storm Keough, and two half-sisters, twins Finley Aaron Love Lockwood and Harper Vivienne Ann Lockwood, from her mother's fourth marriage.

Riley did not see the famous grandfather. He died 12 years before her birth. But she adores her grandmother, an actress and the celebrated beauty of the 1960s, Priscilla Presley. By the way, she is the only person who calls the actress by the first name - Danielle.

The young woman has warm memories of her childhood, and she admits that there were a lot of things in her life that other children lacked. She traveled a lot, talked to the stars, grew up in an atmosphere of music and cinema. Therefore, when she was a teenager, she decided to become either a singer, as well as her parents, or a director, like the legendary Stanley Kubrick, whose films she adored.

At the age of 12, Riley began to shoot in advertising. The first experience was associated with a massive campaign for Tommy Hilfiger. When Keough was 14 years old, she made her runway debut at the Dolce & Gabbana show as part of the Milan Fashion Week. Then, she signed a contract with the talent management company, IMG. For a long time, she collaborated with Dior, Victoria's Secret, promoting underwear and swimwear. Young Keough’s photos appeared on the covers of notable fashion magazines.

In 2010, 20-year-old Riley made her debut in the film The Runaways about the 1970s all-female rock band of the same name. Keough played Marie, the sister of the lead vocalist Cherie Currie (Dakota Fanning). The film also starred Kristen Stewart and Tatum O'Neal, premiered at the 2010 Sundance Film Festival, and received positive reviews.

A year later, Keough got the leading role in the drama The Good Doctor. The actress played Diane Nixon, a young patient with a kidney infection, which her doctor (Orlando Bloom) treats and turn it to advantage to win the respect of his colleagues. Critics considered Bloom's acting mediocre, but praised the drama abilities of the beginning actress.

Riley consolidated the success, playing a new leading role. In the romantic drama Jack & Diane, Keough and Juno Temple portrayed a girl couple who are on the verge of separation. The situation is complicated by the fact that Keough’s heroine, Jack, is a werewolf. The film was released in 2012.

The same year, the film of the famous Hollywood director, Steven Soderbergh, Magic Mike about the life of strippers was released, starring Channing Tatum, Matthew McConaughey, Alex Pettyfer. Keough got a small role of a young stripper, Nora. The film was a huge box office success, grossing more than $ 167 million, and made the actors even more famous.

At the same time, her roles in the drama Yellow and the vampire melodrama Kiss of the Damned were not very prominent. The actress had a new wave of success in 2015 after the release of the top-grossing action movie Mad Max: Fury Road. Riley played one of the wives of the main villain, Immortan Joe. The film won the Academy Award and drew attention to talented Keough once again.

Later, the actress had the busy season. She scrambled between photo shoots and filming. In 2016, viewers saw her in two successful projects. Director Steven Soderbergh offered Keough to cooperate again, casting her in the leading role on the series The Girlfriend Experience, in which he was a producer.

The film tells about the adventures of law student Christine Reade, who also works as a high-end escort. The woman’s acting received positive reviews, was praised by film critic and nominated for the Golden Globe Award.

The same year, Keough starred with Shia LaBeouf in American Honey directed by Andrea Arnold. The movie premiered and competed at the 2016 Cannes Film Festival. Riley was nominated for the Independent Spirit Award for Best Supporting Female for this role.

In 2017, she made her horror film debut. In the film It Comes at Night, the actress played Kim, a woman who secluded herself deep in the woods together with her husband and son to avoid an unknown contagious outbreak. The next work of the actress was Logan Lucky. It is Steven Soderbergh’s third film in her filmography. Keough played Mellie, the sister of the title character, Jimmy Logan (Channing Tatum), who organized the "noble robbery." As always, Soderbergh's work was brilliant and brought Riley another prominent role.

The personal life of the Hollywood beauty has always attracted a lot of attention of fans. It is known that she dated "vampire heartbreaker" Robert Pattinson after he had separated from Kristen Stewart. By the way, the women look so much alike. After the film Magic Mike, she had a love affair with Alex Pettyfer. They say that the young people were even engaged, but then broke up.

The actress met stuntman Ben Smith-Petersen on the set of Mad Max: Fury Road in Australia. The young man replaced the lead actors, Tom Hardy and Nicholas Hoult, filming the most dangerous scenes. Riley and Ben had a torrid love affair, and in 2015, the actress and stuntman became husband and wife. The celebrities' Instagram pages have a lot of photos of happy lovers. The couple has no children.

In 2018, Riley Keough appeared in the psychological thriller The House That Jack Built directed by legendary Lars von Trier. It follows the story of a serial killer, who considers his actions an act of creativity. The film debuted at the Cannes Film Festival and polarized critics.

The same year, the celebrity also appeared in the third season of the popular TV series Riverdale. In 2019, several projects with Keough is scheduled to be released. These are the films The Earthquake Bird and The Lodge. Nowadays the movies are at the post-production phase.