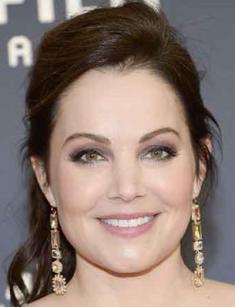 Erica Durance, a celebrity mostly known for acting in Smallville, has more than twenty projects in her filmography. Besides, the woman has also tried herself out in producing and directing pictures. What is her best work? What roles is she famous for? It’s high time for us to know!

Erica Durance passed the majority of her childhood on her motherland – in Alberta, Canada. She was raised in the family of Joel and his wife, Gail Durance. From the very infancy, Erica was involved in music – her parents sent her to take singing lessons. Having completed her high school education, Durance left to Vancouver intending to begin building a professional career in acting.

Erica Durance's career got started as it is usually the case – she appeared in various commercials and got secondary roles in small TV pictures and shows. 2002 brought the actress her movie debut – she was seen among actors of the picture entitled The Untold. Besides, around that time she appeared in such projects as The Chris Isaak Show and The Collector. In 2003 Erica Durance played a girl taking part in a beauty contest in Tru Calling.

2004 is thought to be a real breakthrough in Durance's career. So, she began playing on the hit TV series entitled Smallville (co-starring alongside Tom Welling and Kristin Kreuk). Her character, Lois, was a typical teenager with regular problems. Interestingly, lots of girls applied for an audition for portraying this character. However, the judges unanimously decided Erica Durance would be the best option. She first appeared in the 5th season of the project and remained its regular character.

2006 was marked by Erica Durance's appearances on such pictures as Island Heat and The Butterfly Effect. The following year, she was cast of the movie I Me Wed and was honored with several titles for playing there. In 2009 Durance added the series Charlie's Angels to the list of projects she has starred in.

Three years later, fans could see Erica acting in the TV series Saving Hope as a protagonist. Besides starring there, the celebrity also helped in its production and directing. Interestingly, when the actress got pregnant, the scenario was changed to remain Durance among the series' actors. The project closed in 2017.

Continuing to study Erica Durance's filmography, in 2014 she had a role in the picture Wedding Planner Mystery based on the work by Deborah Donnelly entitled Veiled Threats. 2015 was marked by her appearance in the thriller entitled Painkillers.

Erica Durance’s net worth is evaluated at $5 million.

Apart from acting, Erica Durance is known for her active social position. So, she supports various charitable organizations aimed to help people in need.

As for Erica Durance's affairs, she has had several husbands. 1996 was marked by the beginning of her marriage with Wesley Parker. The two parted ways three years later - in 1999. In 2001 Durance announced her relationship with TV star named David Palffy – they shared vows in 2005. In fall 2014 their fans knew Durance was pregnant with a son. The baby was given birth in February 2015. In December 2016 the couple welcomed their other son. Nowadays, the family lives in their own house, located in Vancouver.

Besides, earlier, there were rumors the woman was romantically linked with Daniel Gillies. However, the two have never admitted the idea.

Durance is related to Christopher Judge – he is her brother-in-law.

Once in an interview, the actress confessed she was obsessed with fashion – she has a big collection of beautiful dresses, costumes.