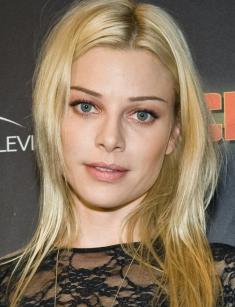 Lauren German is an American actress. The Hollywood actress has recently tried to make a name for herself, appearing in the films of different genres. Despite all efforts to surprise viewers with brilliant acting in full-length movies, the actress plays mainly in series. The police drama Lucifer is the series that made the actress famous.

Lauren Christine German was born in California in November 1978. The future actress grew up in the city of Huntington Beach. Although her family is not connected with the world of theater and cinema, the parents noticed the daughter’s acting skills and encouraged her desire to become an actress.

From a young age, Lauren German attended choreography classes at Orange County School of the Arts. The girl eagerly played in school productions and amateur performances. Lauren German began her acting career on the stage, where she made her debut in the productions of Oliver and Peter Pen.

Lauren German began an acting career in the 2000s when she turned 20 years old. The novice actress appeared in the melodrama Down to You. At the same time, she starred in the teen series Undressed, in which she played a heroine named Kimmy. These projects did not bring success but helped Lauren improve acting skills and gain experience.

In addition to movies, German has appeared in popular television series. So, the actress participated in the highly rated project Going to California. At the same time, the actress played in the family television series 7th Heaven about the parent-child relationship. Lauren portrayed a heroine, Marie. It was the first notable role of the young actress. 7th Heaven is the longest-running family melodrama on American television, which consists of 243 episodes. The series aired from 1996 to 2007.

Lauren German was ranked number 47 on the 2002 Maxim Hot 100 list. A year later, the actress got a role in the horror film The Texas Chainsaw Massacre, where she played a suicide girl. The same year, German also played the jealous lover of the protagonist in the melodrama A Walk to Remember.

Lauren's credentials include comedies, action films, and dramas. But chilling horror films and thrillers, featuring a lot of bloody scenes and violence, hold a prominent place in the filmography of the actress with an angelic face. Besides The Texas Chainsaw Massacre, the actress starred in the thrillers Dead Above Ground and Hostel: Part II. The first movie, released in 2002, is a real horror film masterpiece of Jeff Lucas.

The young actress became even more famous in 2011 after the release of the movie The Divide. It is also a horror film, which tells about the people who survived the deadly fight. Throughout the film, heroes are hoping for salvation and waiting for help.

A turning point in the acting career of Lauren German was an invitation to the first season of the popular police drama series Hawaii Five-0.

In 2012, the actress was cast in the role of Leslie Shay in the new series Chicago Fire. Lauren played in this project from 2012 to 2015 and won the prestigious People’s Choice Award. Another action series, in which Lauren played in 2015, was Chicago P.D.

The latest role in the project Lucifer is called the best work in Lauren German’s career. It is the fantasy drama series directed by Neil Gaiman, Sam Kieth and Mike Dringenberg, which focuses on the devil who is tired of living in the underworld. In the story, the leader of the dark forces abandons Hell for Los Angeles.

Lucifer Morningstar (Tom Ellis) wants to see the pleasures of life on Earth, opens a nightclub and lets the good times roll. The hero is interested only in beautiful women, hot music and wine. He leads such a life until a famous dead singer is found near the elite club. Ellis’s character becomes a consultant to the police.

Lauren played Chloe Decker, a detective at the Los Angeles Police Department, who fell in love with the underworld guest. The heroine of the American actress is a young woman, who becomes the partner of the representative of the dark forces by chance. Lucifer is drawn to the mysterious assistant, but cannot to predict her actions and learn thoughts. It is Lauren’s character who, according to many fans, made them watch this mystical series.

The second season of the series was rated higher, attracting a large number of American viewers. The representatives of the FOX television channel claim that the project drew a 1.1 rating among viewers ages 18-49 and was watched by about 3.83 million people. If we take into account the usage of various online platforms, the audience will rise to 8 million people. This project has become one of the best TV series in the United States.

Despite the popularity of the movie, many people called the television series boring and not funny, but noted that the filmmakers tried to do everything possible to make the story intriguing. Besides, critics have mentioned an unfortunate choice of actors, claiming that Tom Ellis and Lauren German were not suitable for these roles.

The attractive actress with an excellent body (Lauren's height is 5.48 ft. (167 cm), the weight is 119.05 lbs. (54 kg)), has always attracted the attention of viewers, but German's personal life was a closed book. They only know that this representative of the Dream Factory is not married.

The actress is trying to hide the details of her personal life, which makes the representatives of the American press make their assumptions. Some leading US tabloids wrote about Lauren’s love affair with Taylor Kinney, a partner in the series Chicago Fire, as well as with Tom Ellis, who played in Lucifer. German dispelled these rumors saying that she was only on friendly terms with other actors.

In February 2017, fans of the series Lucifer learned that the FOX management decided to officially renew the mystical drama based on the comic book series of the same name, published by DC Comics' Vertigo imprint, for the third season. Lucifer has become the main project in the acting career of the actress. Lauren will continue to participate in the filming of the third season.

It is assumed that the next season will have 22 episodes. They have not announced the release date of the 3rd season of the series Lucifer.

Nowadays, the American actress’s filmography includes more than 30 projects, and TV series have become the most significant work of German. Fans continue to follow their idol's career development, discussing Lauren’s new photos, which she posts on Instagram. Followers have mentioned that Lauren German looks like Margot Robbie, an Australian actress who became famous for the films The Wolf of Wall Street and Suicide Squad.