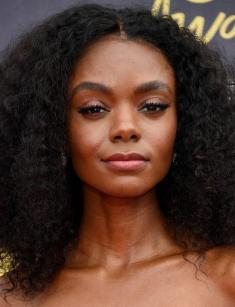 Ashleigh Murray, the star of a popular series Riverdale, can’t boast of having played many roles on TV and films yet. The actress has been filming since 2007 and has played in many projects like Welcome to New York and Deidra & Laney Rob a Train, where she had a major role, but her main character remains to be a talented and ambitious singer, Josie McCoy. Murray combines the career of an actress and a singer, and that’s the reason why she perfectly matches with the image of Josie.

Ashleigh Monica Murray was born on January 18, 1988, in Kansas City, Missouri, in the family of ethnic African origin. There is almost no information about her parents, as Ashleigh doesn’t like to tell the press about her family and personal life.

It's only known that Ashleigh loved music even in childhood. She could spend hours playing the piano and enjoying the sounds. A bit later, in addition to that hobby, the girl got interested in hip-hop.

As the girl was growing up, her love to the music didn't become weaker. On the 5th year of studying at school, she took lessons to learn to play the piano and was interested in jazz. Murray lived with her aunt in Oakland, CA, for some time, but graduated from the school in her native town. After the graduation, she went to New York, where she entered the American Academy of Dramatic Arts.

When Ashleigh was a student, she starred in an off-Broadway play Child of the Movement, which was focused on the story of 15-year-old Claudette Colvin from Montgomery, who fought against the segregation in the 40-es of the 20th century. Ashleigh got her first acting experience when she played the major role in a short film called Finding Harmony.

After the graduation from the Academy, she stayed in New York to make a career as an actress.

In 2012, Ashleigh starred in the film Welcome to New York. It’s a comedy about five young guys who come to New York for the first time and try to settle down in new conditions. Each of those 5 has their own unique story. In this film, Ashleigh played with Sherry Vine, an outrageous, grotesque and scandalous diva of show business, famous for shocking parodies of American stars.

The next five years proved to be very difficult for the actress. She didn’t get offers even for episodic roles and had no opportunity to earn money to pay rent. But Ashleigh didn’t give up so easily. No wonder her zodiac sign is Capricorn. The girl pestered the casting agencies searching for work in advertising or music videos. And in 2013, she was lucky to star in the commercial of "Coca-Cola" with rapper and actor Diggy Simmons, as well as in Lady Gaga’s promotional video for MTV 2013.

2014 was marked by two unnamed roles in the series The Following and the thriller Grind. In 2016, Ashleigh filmed in 2 seasons of the TV series Younger. With such a disappointing "baggage" the actress came to a turning point in her life.

On the eve of great success, Murray felt a total zero. Always cheerful, she often sank into depression and despair. At some point, Ashleigh decided to go home and take a break from acting until better times. The last one, where she decided to go, was the audition to the new TV series Riverdale produced by Warner Bros. on CW channel.

Ashleigh says the following about the happiest day of her life:

“So, I went on the audition, and the next day, I was on my way home from the grocery store with $12 in my bank account”.

The 29-year-old actress got the role of high school student Josie McCoy, founder and soloist of the group Josie and the Pussycats. The decisive factor was not only the youthfulness of the girl and a slim figure (the growth of the actress is 160 cm) but also vocal skills. The one who would get the role of the singer had to possess excellent artistic talents.

In 2017, Ashleigh began working on the set of the series about teenagers facing mysterious events in the hometown of Riverdale. She had to reflect a difficult personality. Josie, the daughter of the former mayor, is an ambitious and arrogant girl, sometimes flighty and frivolous, but capable of kind acts, which she proves in the course of the series.

"I had the honor to embody the icon, a character, though fictional, but who managed to change the way people look at certain things. This is a huge responsibility!", admits Murray.

Riverdale, which won a number of prestigious awards, brought Ashleigh huge popularity. The girls got the army of fans. But most important is that thanks to the role she fulfilled her dream of a singing career. The work in the band Josie and the Cats went beyond the TV project and gained its fans. Fans download the songs of the band and are happy to add them in playlists.

In 2017, Murray played a major role in the comedy Deidra & Laney Rob a Train. Her character, Deidra, is a gifted high school girl who makes money on tests for low-performing students. And when her mother had a nervous breakdown and destroyed shop, and then was arrested, Deidra decides to be engaged in a robbery of trains passing by so that she could support the father and brothers. The film was premiered at the Sundance film festival. The jury of the festival left positive feedback after watching the movie.

There is no information about marriage and having children in the biography of Ashleigh Murray. The actress is a late starter and made success quite late, and now she enjoys the work sought since childhood.

The fans of Ashleigh don't know either if she has a boyfriend, because she keeps her personal life secret. The Instagram of the star doesn’t help to get such information as well, as there are very few photos, and on each of them, she poses alone.

In 2019, the actress continues starring in Riverdale and works on a new role in the musical film Valley Girl, a remake of the famous romantic comedy of 1983. 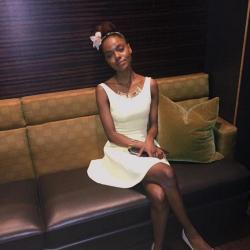