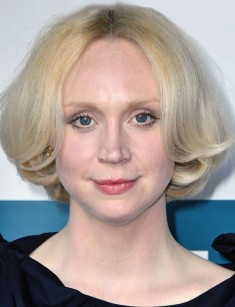 Gwendoline Christie became known for the role of the warrior Brienne of Tarth in the series Game of Thrones. This role was a breakthrough for the woman, who had been an in-demand theater actress previously. Gwendoline was born on October 28, 1978, in the city of Worthing, England. The actress’s mother is a housewife, and her father worked in sales and marketing.

When she was 15 years old, Gwendoline played a prominent role in the school production Lady Macbeth and realized that she wanted to connect her life with the stage, although she was timid in her childhood. When she told her parents about the decision, they unexpectedly supported the girl.

It is worth mentioning that the star of the series Game of Thrones became famous when she tried her hand at a modeling business. In 2002, photographer Polly Borland noticed pretty tall Christie. At that time, she was preparing a new project and invited the charming blonde woman to participate in a trial photo session.

According to Christie, posing nude for Polly’s bold photoshoot helped her accept her body and femininity. Fruitful cooperation of the model and the photographer lasted six years.

Gwendoline studied performing arts at Drama Centre London, which she graduated in 2005 (her future colleague in Game of Thrones, Emilia Clarke, also studied there). During studying, her mentor was an English actor and director, Simon Callow.

According to the actress, the years of study were challenging. Christie often said in an interview with media representatives that teachers every day told the entire batch of students that they were nothing and would not achieve anything. After a couple of years, the actress realized that they did it for their benefit, but at that time it was extremely difficult for her to combine the hours-long activities that lasted until the evening with this pressure.

Gwendoline began acting relatively late; her first film was the little-known fantasy drama The Time Surgeon (2007), in which only three actors played. In 2011, Christie was offered the role of Lexi, Princess of Nekron, in the fantasy television series Wizards vs Aliens. The series did not become very popular, although the actress attracted fans.

The role of Brienne of Tarth in the television series Game of Thrones brought Gwendoline real popularity. Christie’s character is a strong warrior who dreams of knighthood. The readers of George Martin’s novels have liked her very much. They suggested that Christie would brilliantly portray this character in the second season.

Gwendoline said in an interview that after reading the book, she was delighted with Brienne. Moreover, she experienced bullying for being tall and masculinity firsthand.

Brienne wore unisex clothes, began intensive training, lost about 15 kilograms, and built muscle to prepare for the audition and imbue the male thinking.

George Martin said that when Gwendoline went to the set wearing Brienne's costume, everyone immediately realized that there was no need to look for someone else for this role. When Christie was cast, she began to attend riding lessons and learn fight choreography.

Fans of the series, especially the female viewers, adore Brienne of Tarth. She became a symbol of women's independence, along with the heroines of Maisie Williams, Sophie Turner, Emilia Clarke, and Gemma Whelan.

In 2013, the actress’s filmography included a bit part in Terry Gilliam's fantasy film The Zero Theorem. The plot of the movie centers on the eccentric computer genius, Qohen Leth (Christoph Waltz), who has been struggling with an unsolvable theorem for a couple of years.

Thanks to the virtual reality suit, invented by a boy, Bob (Lucas Hedges), Leth manages to make a journey into a hidden space and learn the secret of his soul. Besides him, the mysterious Management, which rules the whole world with the help of all-seeing devices called ManCams, searches for a clue.

In 2015, the movie The Hunger Games: Mockingjay – Part 2 with Jennifer Lawrence was released, and Gwendoline played Lyme, the winner of the next Hunger Games, mentor, and commander of the uprising in District 2. Lily Rabe had been cast in this role previously, but the actress had to refuse the project due to scheduling conflicts.

That year, Christie also appeared in the film Star Wars: The Force Awakens as Captain Phasma, one of the main antagonists of the film, along with Kylo Ren (Adam Driver). It is worth mentioning that Gwendoline became the first female villain in this space franchise.

In 2017, the actress was invited to play the role of Constable Miranda Hilmarson in the detective series Top of the Lake: China Girl, in which Elisabeth Moss, Peter Mullan, and Nicole Kidman played the leading roles.

It is known that Gwendoline has no husband and children. As it often happens to the famous actors, fans have tried to find evidence of her relationship with a colleague on the set. So, there were rumors that Christie dated Nikolaj Coster-Waldau, who played the role of Jaime Lannister in Game of Thrones.

However, there is no evidence that the romantic relationship between actors has ever existed. The version that Patrick Wolf dated the actress was not confirmed, although the woman appeared in his music video.

It has recently turned out that since 2012, Christie has been dating fashion designer Giles Deacon. Gwendoline and Deacon had been friends for a couple of years before they started a romantic relationship. Nowadays, the actress fully supports Deacon and calls him her favorite designer.

In June 2017, the second part of the British-Australian detective drama Top of the Lake: China Girl created by Jane Campion and Gerard Lee, premiered. The plot of the first season narrated about detective Robin Griffin’s (Elisabeth Moss) investigation of the disappearance of a pregnant 12-year-old girl. The second season tells about the life and work of the same detective four years later. Christie played a Constable in the Sydney police, Miranda Hilmarson, who became Robin Griffin’s partner.

Rian Johnson’s space opera Star Wars: The Last Jedi, in which Gwendoline portrayed Captain Phasma, is scheduled to premiere in December of the same year. The eighth episode of the Star Wars saga is planned to continue the chronology of the series. It is also a sequel to the previous films, as well as the second movie in the third trilogy. It is worth mentioning that this is the last film with the participation of American actress Carrie Fisher, who died on December 27, 2016.

Although the actress, who is 191 cm tall and weighs 84 kg, does not have an Instagram account, the star of the series Game of Thrones regularly writes Tweets. Social media is not the only source of the latest news about Christie’s life. The various websites and print media also frequently publish content related to the acting career of the actress (photos, interviews). 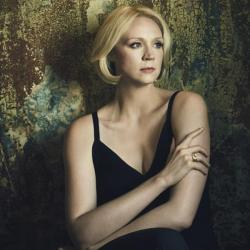