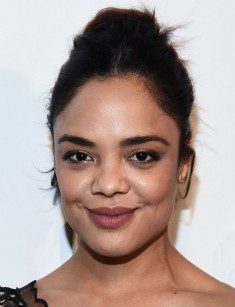 Tessa Thompson is an American actress, singer, and musician who became famous for her roles in the series Cold Case, Grey's Anatomy, and Private Practice.

Tessa was born on October 3, 1983, in Los Angeles, California. The girl went to Santa Monica High School and joined a theater studio. Soon, her parents divorced, and the father, who was a musician by training, moved to New York. As Tessa grew up, she frequented East Coast; she crossed the country twice and visited the majority of American cities.

In 2005, Tessa Thompson appeared on TV for the first time: she played Jackie Cook in the series Veronica Mars that told about a young student Veronica (Kristen Bell) who worked part-time at a detective agency. After her friend’s death, the young woman decides to investigate the murder on her own.

The next year, the actress joined the cast of the medical series Grey’s Anatomy broadcast by ABC. This project shows the daily routine of the Seattle Grace Hospital employees. Ellen Pompeo, Sandra Oh, and Patrick Dempsey took the lead roles. The ratings of the series were high from the first episodes, and it was extended for 12 seasons. Tessa Thompson played Camille Travis.

In 2006, the actress was offered a role in Tim Kring’s series Heroes on NBC channel. The main characters who had extraordinary abilities managed to prevent a catastrophe that could have killed millions. Tessa personified Rebecca Taylor.

In 2006, the artist debuted on the big screen: she appeared in the movie When a Stranger Calls as Scarlet. This thriller tells the story of a young woman, a babysitter; the children under her care are kidnapped by a maniac. The project’s box office was $66 million.

At the same period, the actress worked on the series Cold Case starring Kathryn Morris. In 2007, Thompson appeared in the series Hidden Palms. In the thriller The Initiation of Sarah, Tessa got the lead role; the movie tells a story about a secret student organization.

Later on, the actress gained a role in Life whose main character, a police officer Charlie Crews (Damian Lewis), spent 12 years in prison on false charges and was finally acquitted. The next project, the 2008 drama Make It Happen, pictures the story of Lauryn who makes her dream to come true and becomes a student of a prestigious university. Tessa Thompson had a secondary role of Dana.

Soon, the actress appeared in the movie Mississippi Damned. 2010 was also marked with the horror Exquisite Corpse about a young scientist who discovered a method of bringing people back to life. The same year, Thompson starred in the detective Rizzoli & Isles and personified an FBI agent. Besides, the artist worked on the drama For Colored Girls that shows the lives of nine women; at some point, their ways cross.

In 2011, the high-concept medical drama Off the Map came out; the creators of Grey’s Anatomy produced the new project. The actress received the lead role, Sydney. The shooting took place in Hawaii, where the popular TV series Lost had been made.

The same year was marked with the detective Copper that showed the work of the New York police in the 19th century. The main character, Kevin Corcoran (Tom Weston-Jones) works in the most criminal neighborhood, Five Points. One day, his wife and daughter disappear, and the man begins his own investigation. His friends from the civil war, the son of a rich manufacturer and a black doctor, help him.

In 2012, the actress appeared in the soap opera 666 Park Avenue and the movie Murder on the 13th Floor. In the latter project, Tessa personified Nia. The story is focused on Ariana, the wife of Sean Patrick Thomas (Jordan Braxton) who dares to murder her husband’s lover.

At that period, Thompson also played in the comedy Dear White People showing the students protect that began at a party. Tyler James Williams, Kyle Gallner, and Teyonah Parris starred in the movie. In 2014, the artist got a secondary role in the family movie Grantham & Rose about a troubled teenager who started mending his ways of life.

The same year, the actress played in the movie Selma about Martin Luther King’s activities in Selma, Alabama. The next year, the actress worked on the sports drama Creed and cooperated with Michael B. Jordan and Sylvester Stallone. The story about the relations between a young fighter and an aged boxer brought its creators $175 million.

Tessa Thomson leads a private life. She does not give much information about her personal events in interviews. However, the actress has an Instagram page: she shares the photos from work and indidvidual pictures. Besides, Tessa likes to participate in designers’ photo sessions.

In 2016, John Michael McDonagh’s crime comedy War on Everyone came out. One day, two corrupted police officers (Alexander Skarsgård and Michael Peña) try to be just.

The same year, the series Westworld was premiered. The story is set in a futuristic world inhabited by robots. Androids are supposed to help people at home as well as entertain them in the Westworld theme park. However, one day, they rebel against their owners.

In 2018, Thompson appeared in the thriller Annihilation and had the chance to collaborate with Natalie Portman and Jennifer Jason Leigh. Tessa played one of the scientists who went to the abnormal area to reveal the reasons that caused the phenomena.

Tessa’s character should have appeared in the fantastic action movie Avengers: Infinity War that told the story of the universal threat on the planet. However, she did not. Karen Gillan, Gwyneth Paltrow, and Scarlett Johansson starred in the movie. 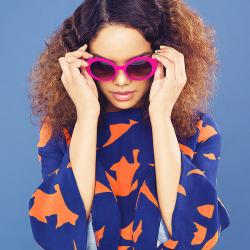