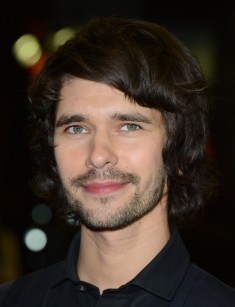 Ben Whishaw is a British actor who earned his fame for the lead role in the drama Perfume: The Story of a Murderer. The artist is also known for other works: agent Q in the popular James Bond blockbuster movies and Robert Frobisher and his future reflections in the experimental drama Cloud Atlas, the screen version of the bestselling book under the same title.

The boy spent his childhood in Bedfordshire, Great Britain. The parents had little to do with art: the mother worked as a cosmetologist, and the father was involved in information technologies. However, the mother dressed Ben in bright scene costumes: the little boy loved that.

In one of his interviews, the actor remembered that he was looking through his childhood photos at Easter and found out that he had no picture where he was wearing ordinary clothes. The man believes that he wanted to stand out among people from an early age.

The boy was not much enthusiastic at school – he was more interested in the drama club. His passion for transformation and love of beautiful clothes manifested themselves to the fullest at the amateurish scene.

As Whishaw graduated from school, he attended Samuel Whitbread Community College. At that period, the young man joined the youth troupe Big Spirit and participated in the majority of its performances. The role in the play about Auschwitz prisoners was one of the most significant events at that time. In 1995, the performance was staged at the international Edinburgh Festival; both critics and theater lovers praised it.

As the young talent finished the college, he attended the Royal Academy of Dramatic Art and graduated in 2003 as a trained actor.

The artist began his career at 17 and got secondary roles in the movies Mauvaise Passe and The Trench; both projects were released two years later, in 1999. Further on, the roles in the series Other People’s Children and Black Cab followed. In 2001, Ben appeared in the short movie Baby and got the lead role in the movie My Brother Tom.

Soon, various roles in comedies, thrillers, and dramas, such as Layer Cake and Enduring Love, followed.

Soon, Ben Whishaw was invited to Stoned about the life of Brian Jones; he played Keith Richards. This work brought the artist fame, and directors began to offer him new roles more often.

In 2006, the actor auditioned for the main character in Perfume: The Story of a Murderer. He surpassed Johnny Depp, Orlando Bloom, and Leonardo DiCaprio and gained the role. Soon, the whole world knew Whishaw. Thanks to this project, the actor won the Bambi Award for Best Film – National.

In 2007, Ben played young Bob Dylan in I'm Not There. The next year brought the mini-series Criminal Justice. Whishaw personified a young man who was accused of a serious offense without any ground. Ben showed a whole spectrum of his character’s emotions. This work brought the artist several prizes including the International Emmy Award for best actor.

Soon, Ben Whishaw took the role of Sebastian Flyte in the movie Brideshead Revisited. The premiere took place at the Cannes Film Festival. The thriller The International, the series The Hour, and the drama All Signs of Death followed.

In 2012, the actor participated in the spy action movie Skyfall, a James Bond movie: he played agent Q, the leader of the British secret service research center. This character, who appears in the first official movie, regularly provides James Bond with the latest technical devices. Ben Whishaw is the fourth actor who personified Q.

The same year, Ben was one of the main characters in the fantastic movie Cloud Atlas by Tom Tykwer and The Wachowskis. It is based on David Mitchell’s blockbuster book under the same title. The movie embraces several independent novellas set in the past, in the high-tech future, and the post-apocalyptic world. The separate parts are united by the same actors who appear in all these parts and the idea of reincarnation traced everywhere. The novellas are also divided into several parts and encourage viewers to see additional meanings as well as create new interpretations. Due to this structure, actors had to personify 5-6 characters. Ben Whishaw played the cabin boy Rafael, the beginning composer Robert Frobisher, a store salesman, Zachry Bailey’s tribesman, and even Georgette, Denholme Cavendish’s wife.

In 2014, Ben Whishaw’s voice sounded in the popular family comedy Paddington. The actor did not appear on the screen but gave his voice to the main character, Paddington Bear.

As the story runs, the polite and intelligent bear from Peru comes to London where he meets a friendly family and struggles the taxidermist villain who wants to have an unusual stuffed animal.

In 2015, Whishaw came back to the role of Q in the new James Bond movie, Specter.

Ben does not keep secret his sexual orientation: the actor came out and announced he was gay.

In 2012, Whishaw entered a civil partnership with the Australian composer Mark Bradshaw. The couple met in 2009 when the movie Bright Star was shot. Today, the actor and composer live together in London.

Ben Whishaw has many hobbies: he loves gardening and dances well; besides, he paints, reads books, and travels. The actor has an opera voice.

Ben Whishaw does not hide from media and fans, yet he is not too public. The actor has no Instagram account or any social pages.

In 2016, Ben took the lead role in the Australian short comedy Family Happiness. The same year, he collaborated with Tom Tykwer again and played the secondary role of Dave in A Hologram for the King. The movie is based on the novel under the same title by Dave Eggers, the laureate of the Pulitzer Prize. It is the story about a bankrupt businessman who is gradually absorbed by the exotic life in Saudi Arabia; he tries to comprehend the unusual world and waits for the audience with the king to sell him a new technology.

In 2017, Ben Whishaw voiced Paddington Bear in the comedy sequel Paddington 2. As the story runs, one can see the bear has settled in the family that gives him shelter and became the favorite of everyone in the neighborhood. However, he has to face new challenges: choosing a present or looking for a stolen book.

In 2018, the actor played Michael Banks in the family fantasy musical Mary Poppins Returns. The story is set in London during the Great Depression. The famous nanny Mary Poppings is in the center of the audience’s attention: her unique approach to children’s upbringing returns happiness to the family and makes people believe in miracles again. 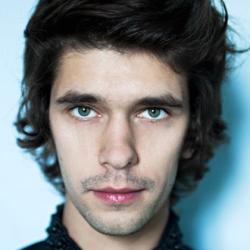