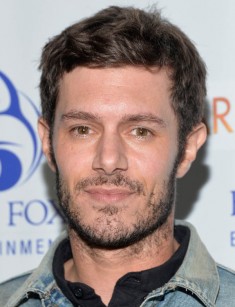 The solar State of California is considered to be the center of concentration of the creative people not without reasons. The fact is that the factory of dreams called Hollywood is located here. And there’s nothing surprising that the locals try to get the monopoly in the mainstream cinema. Adam Jared Brody is the bright example of that.

Adam was born in the town of San Diego situated on the coat of the Pacific Ocean. He was born on the 15th of December, 1979. The boy was the firstborn in the family of Mark Brody and Valerie Siefman. Later they twins – Matt and Sean were born in this family.

Adam has completed his first years of studies at Wangenheim Middle School and got his secondary education at Scripps Ranch High School. The guy didn’t like to sit at the lessons at the school desk and to listen to the teacher, that’s why he often skipped the lessons with his friends and ran to the beach to do surfboarding.

By the words of Brody, if his acting career wasn't successful, he would surely become a professional surfer.

During his studies at the college, Adam got a part-time job in the videotapes hire. As well as Quentin Tarantino, while working at this place, Brody has managed to watch many movies. Unlike Quentin, Adam has been inspired by the movies which he watched, and he has made up his mind to become the actor, but not the director. In 1997 the guy left his studies at the college and relocated to Hollywood to try his chances.

To earn his living in the breaks between the auditions, Adam had to work partly by all means. For example, he has been working as a security guard on the parking and even has worked as a sales assistant at the lingerie shop. For the first time, Adam managed to appear on the screen in 1997 – he received the episodic role of the customer in the series City Guys directed by Frank Bonnaire (Harry and the Hendersons, Shut Up and Kiss Me, Scarecrow and Mrs. King).

Adam has had his debut in the movie two years later – in the film directed by Drew Bell (Freakshow, Zombies in Silverlake) and Jefferson Langley (Missing, Random Acts of Violence).

In 1999 the twenty-year-old actor started to play in the youth series Undressed after which he took part in other series - Judging Amy, Family Law, Once and Again, The Amanda Show and, of course, Gilmore Girls.

In the series Gilmore Girls, the directors of Smallville have noticed the actor and invited him to join their project. In such a way Brody appeared on the movie set together with Tom Welling, Christine Krug, and Michael Rosenbaum.

Next year Adam received the role in the series The O.C. which has brought him popularity (and also the relationship with his colleague from the movie set). Also in 2003, Brody made up his mind to try the role of the scriptwriter and producer. This experiment has resulted in the short-length movie Home Security of Sean K. Lambert. Except for his duties of the scriptwriter and producer, Adam also took part in the project as an actor.

After that, the actor received the role in the adventure comedy Grind directed by Casey La Scala - the producer of the movies - Donnie Darko, A Walk to Remember and The Amityville Horror. Adam spent the year 2004 on the movie set of The O.C. A year later the actor received the role in the comedy Mr. & Mrs. Smith directed by Doug Liman (The Bourne Identity, Edge of Tomorrow, American Made). During the shootings of this movie, Brody had the luck to cooperate with Brad Pitt, Angelina Jolie, and Vince Vaughn.

In 2005 there came out another popular movie featuring the young actor – Thank You for Smoking directed by Jason Reitman (The Office, Up in the Air, Casual). In this movie, Adam appeared together with Aaron Eckhart, Maria Bello, Robert Duvall, Katie Holmes, and J.K. Simmons.

In 2006 Brody took part in the picture In the Land of Women. Jon Kasdan became the director of this movie (The First Time, Roadies), and the artists Kristen Stewart, Meg Ryan, Mackenzie Vega, Elena Anaya, and Ginnifer Goodwin played the roles.

Next year Adam took part in the comedy The Ten directed by David Wain (Wet Hot American Summer, Party Down, They Came Together). Besides, Paul Rudd, Jon Hamm, and Winona Ryder played the roles in this movie.

The year 2008 was marked for the actor by the role in the picture Death in Love directed by Boaz Yakin (A Price Above Rubies, Remember the Titans, Safe). Josh Lucas, Jacqueline Bisset, and Lukas Haas appeared together with Brody in this movie.

A year later there came out the movie Jennifer's Body. Megan Fox, Amanda Seyfried, Chris Pratt, Johnny Simmons, and J.K. Simmons performed the leading roles in this movie. Karyn Kusama became the director of this movie (Chicago Fire, Masters of Sex, The Man in the High Castle).

In 2010 Adam Brody accepted the invitation of the producer of the movies After Life and Labor Pains - Galt Niederhoffer to play in the film The Romantics. Adam appeared on the screen together with Katie Holmes, Anna Paquin, Malin Åkerman and Josh Duhamel.

Also the same year Brody has worked with Bruce Willis, and Tracy Morgan in the comedy Cop Out directed by Kevin Smith (Jay and Silent Bob Strike Back, Jersey Girl, Tusk).

A year later Adam took part in the fourth part of the franchise of Scream 4 directed by Wes Craven (A Nightmare on Elm Street, The Hills Have Eyes, The People Under the Stairs). Neve Campbell, Courteney Cox, Emma Roberts, David Arquette, and Rory Culkin took part in this picture.

Besides, Brody has worked together with Steve Carell, Keira Knightley, Rob Corddry and Martin Sheen in the movie Seeking a Friend for the End of the World directed by Lorene Scafaria. In 2012 the actor appeared together with Jean-Claude Van Damme in the comedy Welcome to the Jungle.

In 2015 Brody appeared in one more directed by Kevin Smith under the title Yoga Hosers. Vanessa Paradis, Johnny Depp, Tyler Posey, and Justin Long also took part in this picture.

Since 2003 till 2006 Brody has had relations with the actress Rachel Bilson.

In 2013 Adam became engaged with the actress Leighton Meester, and already in 2014, they celebrated their wedding. In August of 2015, Leighton gave birth to their daughter called Arlo Day.

Since 2016 Adam began to take part in the series StartUp as a performer of one of the leading roles - equally with Edi Gathegi, Otmara Marrero, and Martin Freeman. After the success of the first season, the series was prolonged. Brody regularly publishes teasers and backstage photos on his Instagram page.

Also, in a short time two movies with the participation of the actor will come out on the screen – Big Bear directed by Jon Kern and Isabelle directed by Rob Heydon. 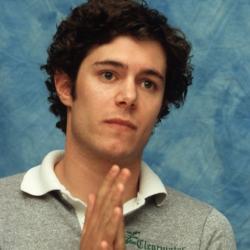