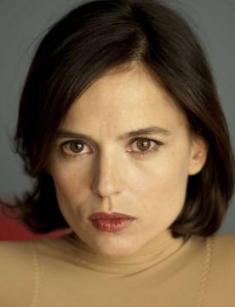 Sex and Lucia, Room in Rome, Van Helsing, and Wonder Woman are only a few projects where the Spanish actress Elena Anaya has shown her talent. The woman has been working on various movies since the mid-1990s. The psychological thriller The Skin I Live In was brought her Goya Awards – Best Actress in 2012.

Elena Anaya Gutiérrez was born on July 17, 1975, in Palencia, Spain, into the family of an industrial engineer Juan José Anaya Gómez and a housewife Elena. The parents divorced when the girl was little. The would-be actress was the youngest among three kids. Her brother Victor is an actor, and the sister Marina is an artist and sculptor who worked as a costume designer for several movies.

Young Elena was full of energy; she was interested in karate and mountain climbing and achieved a lot in both sports. Anaya devoted 15 years to the Shotokan karate. She had no time for studies; in fact, she did not care much about her grades.

When the young woman turned 17, she took fancy in acting and decided to try herself in the show business.

In 1992, Anaya studied drama at Manuel Morón’s classes. Further on, she moved to Madrid and enrolled at the Real Academia de Bellas Artes de San Fernando; she was accepted at the second attempt. In 1996, Elena learned from her tutor about the auditions for Alfonso Ungría’s Africa; she went there and succeeded.

The artist had secondary roles until the late 1990s. She appeared in Fernando León de Aranoa’s Family (1996) and Enrique Gabriel’s Wiped-Out Footprints (1999).

In 2001, Elena appeared in Julio Medem’s drama Sex and Lucia. Critics admired it. It was the actress’s breakthrough; the role of innocent and yet flawed babysitter Belén give her the first prize, Spanish Actors Union – Film: Supporting Performance. Besides, the woman was nominated for Goya Awards – Best Supporting Actress.

2002 was marked with the collaboration with Pedro Almodóvar: the artist was offered the episodic role in the drama Talk to Her (Hable Con Ella). Although Anaya’s participation did not influence the storyline, the actress and the director continued to co-work in the future.

The artist is known as a sexy and charming woman; she does not hesitate to appear in sexually explicit scenes. These traits made her a perfect model for Justin Timberlake’s music video “Sexy Back” where Elena personified a spy. The video was filmed within four days in Barcelona. Critics appreciated the work; music channels were broadcasting it gladly.

2011 brought the Spanish director Pedro Almodóvar’s new project The Skin I Live In. Elena played the lead part along with Antonio Banderas. This psychological thriller became the new interpretation of the classic story about Frankenstein. The movie won four Goya Awards, BAFTA, and the Saturn Awards.

In 2017, the actress pleased her fans with the new movie: she played evil Isabel Maru in the fantastic action Wonder Woman. Critics’ reviews were positive, and many people took an interest in the actress.

Elena prefers to keep the details about her personal life secret; as a result, many rumors appear. The woman mentioned in one of her interviews:

“I am not generous about telling people who I am and what I like to do because it's my life and it only belongs to me and my friends and family”.

Judging by the artist’s roles, one can assume Elena is an open-minded and even salacious person. It was not a big surprise for the audience when the woman came out as gay.

The first same-sex relationship discussed in the media happened with the director Beatriz Sanchís. The Spanish tabloid Cuore posted their photos from a nude beach in August 2011: the women were kissing each other. As it turned out, the couple had begun to date in 2008. They spent five years together.

The costume designer Tina Afugu Cordero became the actress’s new girlfriend. In August 2016, the news about Elena’s pregnancy appeared. She gave birth to a son in August 2010.

Nowadays, Elena and Tina are raising their child together. In summer 2019, Lorenzo will turn two.

In March 2019, the premiere of the series MotherFatherSon took place; Elena played Sofia, one of the main characters.

The artist’s net worth is $14 million in 2019. She is one of the highest-paid Spanish actresses today.