Malin Åkerman is a Canadian actress and model of Swedish descent. At the beginning of her career, the young woman got roles in comedies. She managed to play brilliantly and at the same time make viewers laugh. Later, her credentials included films of various genres. Russian viewers know Malin for the superhero action movie Watchmen and the role of Lara Axelrod in the TV series Billions.

Malin Åkerman was born in Stockholm on May 12, 1978. Her father, Magnus Åkerman, was an insurance agent; mother Pia Sundström was an aerobics teacher and a model. When the girl was two years old, Magnus was offered an excellent job, and they decided to move to Canada. The family settled in Toronto.

Four years later, the parents divorced. The father returned to Sweden, while Pia and Malin remained in Canada. Åkerman did not plan to become an actress, but, looking at her mother, she became interested in the modeling business. Pia supported her in this endeavor and helped the daughter join the fashion industry. At the age of 16, Malin signed her first contract with Ford Models, the largest modeling agency. And at the age of 17, she won Ford's Supermodel of Canada.

Of course, after such a success, the girl was showered with offers. She was invited to shoot in commercials, television shows, participate in photo shoots for glossy magazines. It was good financial support, especially when she decided to enroll at York University with a major in child psychology.

She filmed in commercials and liked acting so much that the young woman decided to leave the university and move to California to pursue an acting career.

Malin Åkerman played the first roles in 1997. These were bit parts mainly in the series. She appeared in the project Earth: Final Conflict and had a small role in the fantasy-adventure television series Relic Hunter.

In 2001 she starred in the series A Nero Wolfe Mystery based on the works of Rex Stout. But Malin’s first prominent work was a role in the comedy series The Comeback, which was created by Lisa Kudrow, known for the TV series Friends.

The series was broadcast on HBO, film critics warmly welcomed The Comeback, but the ratings were low, and soon they reported that the project was closed. In 2006, the series was nominated for three Emmy Awards. Despite the failure of The Comeback, this film became an excellent springboard for Malin Åkerman’s further acting career.

In 2007, the actress got the leading role in the comedy The Heartbreak Kid. Her partner on the set was Ben Stiller. She played Lila, the young wife of the protagonist, but the woman was not so perfect as he imagined. Malin played her role so brilliantly, and what is more important, she created such a funny image, that directors began regularly offer her to film in comedies.

She starred in the films 27 Dresses, Couples Retreat, The Proposal. The actress again got a leading role in the comedy-drama Happy. Thank You. More. Please. The film won the Dramatic Grand Jury Prize at the Sundance Film Festival.

But perhaps Åkerman got the brightest and most significant role in the superhero film Watchmen. The actress played Laurie Jupiter, a superheroine nicknamed Silk Spectre II. The plot of the movie is set in an alternate history of the Cold War between the United States and the Soviet Union.

Preparing for the shooting, the woman had to train for 6 hours a day and keep to a strict diet. According to the actress, it was difficult to do the diet, because she loves sweets very much, and for a while, she had to forget about her favorite Nutella chocolate spread.

But this hard work was not in vain. For this role, Malin was nominated for a Saturn Award for Best Supporting Actress, as well as a Teen Choice Award for Choice Movie Actress: Action.

Åkerman does not hesitate to participate in nude scenes in films, so no one was surprised when she appeared in 2009 on the cover of men's magazine Maxim. The same year, the magazine included the actress in the Hot 100 rankings. In 2012, she posed again for Maxim. The photo session was held shortly before the release of the movie Rock of Ages, which had a starring cast including Tom Cruise, Alec Baldwin, Catherine Zeta-Jones.

The same year, the action movie Stolen was released, in which Malin Åkerman and Nicolas Cage played the leading roles.

2013 was marked by premieres with the participation of the actress. The ABC channel released the series Trophy Wife with Malin in the leading role. Three full-length films were also released. They are Cottage Country, The Numbers Station and CBGB.

In 2016, the actress was offered to join the cast of the TV series Billions. She got the role of Lara Axelrod. Both viewers and critics warmly welcomed the film. Therefore, it was renewed for the second season.

The same year, viewers could appreciate Malin’s work in the Netflix series Easy. Her partner in the film was Orlando Bloom.

In 2007, Malin married musician Roberto Zincone. For a long time, the couple lived without children. But in 2012 it became known that the actress was pregnant. The couple had a son, Sebastian.

The baby was seven months old when information appeared in the media that Malin and Roberto were separating. It was a shock for the actress’s fans because she always spoke about the ideal relationship, inseparability, and mutual understanding.

The former spouses did not comment on the reasons for the divorce, but they said that they remained friends and would do everything for their son.

In March 2017, the paparazzi took pictures of the actress. She appeared together with British actor Jack Donnelly. Their relationship developed rapidly, in the autumn of the same year they announced the engagement. Malin Åkerman regularly posts their photos on Instagram.

In April 2018, the adventure film Rampage was released. It is based on the video game series of the same name. In the story, the title character (Dwayne Johnson) is trying to stop the catastrophe, which occurred due to a strange mutation of some animals.

Malin Åkerman got the role of Claire Wyden. It was she who infected the animals with mutagenic serum, which caused rapid growth and uncontrollable rage.

Nowadays, the shooting of two films with the participation of the actress is underway. These are Hemlock Drive and The Dead Circus, but the exact release date has not yet been announced. 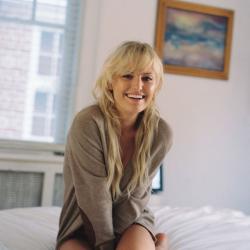