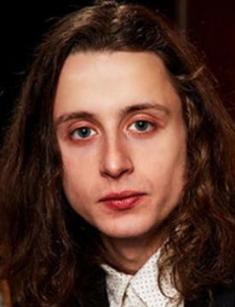 Despite his young age, Rory Culkin is considered to be an experienced actor. He made his debut on the set of a film when he was four years old. Rory had a chance to play the central characters in their childhood years in movies that starred his older brother Macaulay Culkin and Kieran Culkin. On the screen, he usually gets to play mysterious and at first glance clumsy characters. As an actor, he admits his downsides and does not boast about his fame.

Rory was born in New York in a large family of the former stage actor, Christopher 'Kit' Culkin, and Patricia Brentrup. His date of birth is July 21, 1989. There were five brothers and three sisters in the family - Rory, Macaulay, Kieran, Christian, Shane, Dakota, Quinn, and Jennifer. Rory is the youngest of the Culkins.

The children of Christopher and Patricia have mixed ancestry. Their father has Irish, German, English, Swiss, and French ancestry. Their mother has German and Norwegian roots.

The actor's biography has its grave moments. It is known that Rory's sister, Dakota, tragically died in a car crash in 2008. She was hit by a car when she was in a hurry to get to work. There was also a half-sister Jennifer Adamson, who was born in Christopher's previous relationship. She died in 2000 from a drug overdose.

The father of the popular boys, Macaulay, Kieran, and Rory became infamous for pressuring his kids to audition for various movies and television commercials and managed their finances for them. In one of the interviews, Macaulay described the atmosphere in which the children were raised:

"He was a terrible man. Cruel and envious. I could show you the scars, but I don't want to."

As for Rory, he was six years old, when his parents decided to break up. It happened in 1995, and the boy, according to the actor himself, had a normal childhood.

Meanwhile, the split of Christopher and Patricia was difficult and painful because the couple was not officially married. They had to decide who gets the money, the kids, and on other routine procedures. Rory says that since then he had little contact with his father, and when he is asked where Christopher is now, Culkin usually answers:

"I have no idea where that guy might be."

According to the media, Kit lives in Arizona with Jeanette Krylowski, whom he knew since the 70-es of the last century.

The first time Culkin Jr. appeared on the big screen, was in 1993 in the movie The Good Son directed by Joseph Ruben. A year later he starred with his brother Macaulay in the motion picture Richie Rich. In these movies, Rory portrayed the central character in his childhood.

"I remember my dad saying: "Why don't you do your brother a favor and spend a couple of days being his junior version?". And, of course, I always said "Yes," " the actor recalls his first experience on the screen.

The first significant role for Culkin Jr. was Rudy Prescott in Kenneth Lonergan's drama film You Can Count on Me. In 2002, he again played the leading character in his childhood in the comedy movie Igby Goes Down, only this time he acts as a childhood version of another brother – Kieran.

In the same year, Culkin Jr. appeared in the fantastic thriller film Signs directed by M. Night Shyamalan, which starred Mel Gibson and Joaquin Phoenix. Rory played the son of a priest, who together with his family resisted the invasion of aliens.

The following year, the audience saw him as the son of Michael Douglas in a comedy-drama movie called It Runs in the Family directed by Fred Schepisi.

In 2004, Culkin Jr. starred in the drama film shot by Jacob Aaron Estes, Mean Creek. He portrayed Sam – the younger brother of the main character. The film received positive reviews from film critics.

The filmography of the actor was enriched with three films in 2005: the thriller film Down in the Valley, dark comedy movie The Chumscrubber, and the crime drama movie The Zodiac.

In 2008, together with Kieran, Rory starred in the movie Lymelife directed by Derick Martini. For the first time in his career, Rory played a completely different role, moving away from the usual image of a troubled teenager. He made his character Scott Bartlett look cheerful and sensual. In this movie, he had to play a bed scene together with Emma Roberts.

In 2011, Culkin Jr. appeared in the fourth part of the legendary Scream film series.

Rory is among actors who are popular with the public. Every year there come out several movies with his participation. Among the latter is the biographical film Lords of Chaos, in which he played the leading role of the musician Øystein Aarseth with the stage name Euronymous. He forms the first Norwegian band Mayhem, the creative work of which is associated with the extreme style Black Metal.

The film is based on real events. According to Rory, he had to dive deep into the atmosphere of the events that occurred 30 years ago. He talked to eyewitnesses, listened to appropriate music, and as a result, his acting on the screen was very persuasive. The premiere of Lords of Chaos was held at the Sundance Independent Film Festival in February 2018, and in 2019 the film was released in theaters in the United States and Britain.

Among the latest projects with Rory Culkin's participation is the television show Sneaky Pete, Waco, and Castle Rock. In the summer of 2019, the fans are looking forward to seeing the premiere of the first season of the City on a Hill television series.

Little is known about the private life of the actor. In April 2018, Rory married Sarah Scrivener. The young people met on the set of the film Scream 4, in which the girl worked as the camera-man assistant. The famous producer and wrestling promoter Paul Heyman was the host of the ceremony. A lot of photos and video clips from the wedding can be found on the Internet.

Rory's wife continues to work in the film industry. The couple has no children yet.

Culkin Junior is trying to stay away from social media. There are fan pages dedicated to this celebrity on Instagram and Reddit.

Rory Culkin has a net worth of $1.5 million. The star continues to act in new episodes of the City on a Hill television project.

Recently, Rory has done a lot of interviews about his role in the movie Lords of Chaos. There are several controversial scenes that raise a few questions.