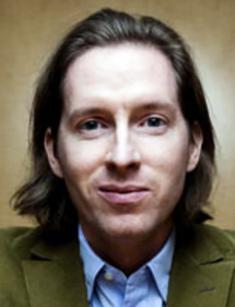 Wes Anderson is a talented American director, every movie of whom without any exaggeration can be called a masterpiece. The Grand Budapest Hotel, Fantastic Mr. Fox, Moonrise Kingdom, and other movies have rightfully taken its place in the list of outstanding projects. Fans are waiting for new works of this extraordinary man.

The future director was born on May 1, 1969, in Houston, Texas. Wes grew up with two brothers, an older and a younger one. The boys' father was engaged in advertising and later opened his own business. Their mother worked in the estate agency, and any free time she spent with children.

From an early age, the Anderson brothers showed increased interest in creativity. This trio could often be found gluing, designing, drawing, and later shooting short videos on a family video camera. It was probably the time when Wes Anderson's talent started being developed.

In 1977, Wes's parents divorced. The boy was barely eight years old. As the director recalled later, this event had turned his life upside down. The comfortable and understandable world around him became rapidly changing and intimidating.

The brothers were anxious about the divorce of their parents, and Wes with his characteristic creative style even reflected his feelings in the movie The Royal Tenenbaums, produced many years later.

The boys stayed with their mother but regularly visited the father. It is interesting that already at that time Wes expressed his feelings in short plays and sketches, some of them became the basis of future masterpieces of the director.

Movies and other works

After graduating from high school, Wes Anderson went to Austin, where he continued his education at the University of Texas at Austin. Wes chose philosophy as a major, but even in this faculty, the young man found a way to show creativity. In drama class, Anderson, along with Owen Wilson (who later became his best friend), wrote a small script for a short film. And a year later, in 1995, this sketch turned into a full-fledged short film called Bottle Rocket.

This criminal comedy, which became the first in Wes Anderson's filmography, failed at the box office and did not bring the director fame and the love of the audience. However, other directors and producers noticed the arising talent, and the inimitable Martin Scorsese even included Bottle Rocket in the list of favorite movies of the 1990s.

After the film debut, Wes Anderson's biography changed radically. The young man realized what he would like to do in life, and continued to take steps towards fame and popularity. The next movie of the director was Rushmore, an exotic mixture of drama and comedy, romance and eccentric chaos.

Wes Anderson managed to attract actors Bill Murray, Jason Schwartzman, and Olivia Williams. And by tradition, Owen Wilson helped his friend with this work. Critics warmly received the movie, and it was a big hit among the moviegoers.

The next striking movie that increased Wes Anderson's fame as a talented director became The Royal Tenenbaums, filmed in 2001. This partly biographical picture indeed revealed the multifaceted talent of the director.

In the same year, the film was nominated for Oscar, but, unfortunately, did not receive the award. In addition to Bill Murray and Owen Wilson, actors Ben Stiller, Gene Hackman, and Gwyneth Paltrow got roles in the film.

The 2004 The Life Aquatic with Steve Zissou became a cinematic dedication to the traveler Jacques-Yves Cousteau. The picture turned out to be very characteristic for Wes Anderson. It is a tragedy, comedy, farce and touching romance in one package.

In The Life Aquatic starred Anjelica Huston, Willem Dafoe, Cate Blanchett and, of course, Murray and Wilson, by the time became a kind of "calling card" of movies by Wes Anderson. Surprisingly for the director himself and the crew, the project failed at the box office, even despite the star cast and non-trivial script.

But the next Wes Anderson's work was a success. We are talking about the movie The Darjeeling Limited. The plot is focused on three brothers who went on a trip to India. In fact, the purpose of this trip was planned by the oldest of them, but for the rest, it would be a surprise.

The charming atmosphere of the tragicomedy did not leave indifferent the audience and critics. The main characters were played by Owen Wilson, Adrien Brody, and Jason Schwartzman. In the movie also starred Bill Murray, Natalie Portman, and Anjelica Huston.

After this work, Wes Anderson decided to realize a long dream and to work on an animated picture. The plot did not have long to choose. The director chose for the screening a favorite story by Roald Dahl called Fantastic Mr. Fox.

By his own admission, Wes Anderson did not expect any stunning success, but despite all doubts, the cartoon received two nominations for Oscar and one for the Golden Globe Award. It was also noted in the nominations for Saturn Awards, BAFTA and National Society of Film Critics Award.

The next work of the director was the movie Moonrise Kingdom. It is also addressed to children and adults who do not cease to believe in the fairy tale. This movie is about a boy and a girl who escaped from adult supervision.

The work turned out to be both sad and funny, like all Anderson's movies. The director worked on the script together with Roman Ford Coppola. Jared Gilman and Kara Hayward played the main characters. The cast also included Bruce Willis, Edward Norton, and Tilda Swinton.

Despite the success of previous works, critics and viewers consider the peak of the director's career the movie The Grand Budapest Hotel filmed in 2014. The script is inspired by the writings of Stefan Zweig.

The plot is focused on Monsieur Gustave (played by Ralph Fiennes), the hotel concierge who by chance was involved in incredible events. The list of the cast also includes Saoirse Ronan, Tony Revolori, Jude Law. This work brought Wes Anderson cherished Oscar (in four categories out of nine), as well as BAFTA, Golden Globe Award and winning film festivals in Berlin and Hollywood.

In many movies of Wes Anderson include autobiographical details, experiences and his cherished dreams. Anderson seems to be completely open to the public. However, this is not so. The personal life of the director is closed from the curious eyes of fans and journalists. And in interviews, Wes Anderson delicately avoids answering questions on this topic.

On the Internet, one can find information about a relationship between the director and Lebanese actress and designer named Juman Malouf. According to rumors, in 2016 the couple had a daughter. The actor has a net worth of $30 million.

In 2018, Wes Anderson's images again appeared on the pages of news publications, as well as on the fan pages on Instagram and other social networks. This can be explained by the release of Anderson's new movie called Isle of Dogs.

The audience enjoyed watching the cartoon on the big screen. It is known that behind the scenes of Isle of Dogs you can hear the voices of Scarlett Johansson, Edward Norton, Tilda Swinton, and Yoko Ono.