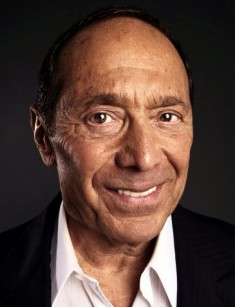 Paul Anka (Paul Albert Anka) is a Canadian-American singer and composer, author of more than 900 songs, including "Diana," "You Are My Destiny," "My Home Town," "Papa" and many others. He released 120 albums which sold 10 million copies worldwide, not including singles. Paul is the creator of music for films and television shows. He received a star on the Walk of Fame in Toronto.

Paul Anka was born on July 30, 1941, in the capital of Canada, Ottawa. His parents Camelia Tannis and Andrew Emile Andy Anka came from the Middle East. They were Antiochian Orthodox Christians of North America. Paul was the oldest of three brothers and spent his childhood helping in the kitchen and talking with visitors of his father’s restaurant called Locanda, a favorite place of journalists, politicians, and businesspeople.

Anka began to study music early. He sang with the St. Elias Antiochian Orthodox Cathedral choir under the direction of Frederick Karam, studied music theory and the piano. The boy attended Fisher Park High School, where he was part of the vocal trio Bobby Soxers. Paul was self-confident and dreamt of the stage. He and his group performed at every amateur party where he could go by his mother’s car without her knowledge.

When he was 15 years old, Anka went to his uncle in Los Angeles hoping to start a singing career. Paul called the recording studios searching for auditions, and soon he was lucky because Modern Records agreed to record the young singer’s song "Blau-Wile Deverest Fontaine."

A year later, the young man persuaded his father to let him go to New York City. Andrew agreed on one condition that in case of Paul’s failure, he would return to Ottawa.

In New York City, Anka met Don Costa, the executive director of ABC / Paramount Records, who devoted time to the persevering young man. When he heard the teenager playing his songs on the piano, Costa called his colleagues, and a few days later Andrew Anka was invited to New York City to sign a contract with the studio on behalf of the minor son.

Paul Anka’s first single "Diana" was recorded in the middle of 1957. The song dedicated to young love caused a stir. It topped the singles charts worldwide for several weeks and sold 20 million copies.

The young singer became the unofficial teen idol. In the late 1950s, Anka toured around different countries successfully, performing the hit songs "Lonely Boy," "You Are My Destiny" and "Put Your Head On My Shoulder" for jubilant fans. The whole world was enthusiastic about the work of the young talented singer, the exception was the hometown, where young people booed the musician’s show, and he did not give concerts in Ottawa for decades.

From 1960 to 1964, Anka hit the Italian music market. He intensively collaborated with the composer and director, Ennio Morricone, singer-songwriter Lucio Battisti and others, repeatedly performed at the festival in San Remo. His official discography has nine singles released by RCA Italiana.

In the early 1960s, Anka has a creative crisis, and his popularity declined. The Beatles, The Rolling Stones, and other bands ruled the music world. Being a canny and resourceful businessman, the singer bought the rights and ownership of his ABC-Paramount catalog for $ 250,000 and began creating compositions for other artists, including Buddy Holly and Connie Francis.

Paul became famous as a songwriter quickly. He wrote the song for The Tonight Show Starring Johnny Carson, which aired 1,4 million times, the English lyrics for Frank Sinatra's hit "My Way," which Anka later performed with Julio Iglesias, Tom Jones’s most famous song "She's a Lady" and many others.

In the 1960s, Anka began acting in motion pictures, as well as writing film soundtracks, most notably the theme for the hit film The Longest Day (which also was the official march of the Canadian Airborne Regiment), in which he appeared as a US Army Ranger. Other songs written for movies are "Lonely Boy" and "My Home Town." At the same time, Paul performed his songs at the Las Vegas casinos.

In the early 1970s, the songwriter and performer signed a contract with Buddah Records and released two albums: Paul Anka and Jubilation, which did not have success. During these years, British singers and musicians dominated the musical Olympus.

Frustrated by the failure of the albums, Anka switched labels and began collaborating with United Artists. In 1974, he teamed up with American singer Odia Coates to record the hit "(You're) Having My Baby," which made the performer famous again and reached No. 1 on the music charts.

The same year, Paul sang several more tracks with Odia. Two of them ("One Man Woman / One Woman Man" and "I Don't Like to Sleep Alone") made it into the Top 10. Nine years later, Anka sang the single "Hold Me' Til the Mornin 'Comes" with Peter Cetera, vocalist and bass guitarist of the band Chicago. The song reached No. 2 on the Hot Adult Contemporary chart.

In 1975, Anka recorded a jingle for Kodak, written by Bill Lane and Roger Nichols, titled "Times Of Your Life." It became so popular that the musician recorded it as a full song, which reached No. 7 on the US pop chart in 1976.

In the 1970s and 1980s, Paul Anka released several albums: Listen to Your Heart, Headlines, Both Sides of Love, Walk a Fine Line and others. The 1998 album A Body of Work caused a new wave of popularity. It included a duet with Celine Dion, the Canadian pop diva, entitled “It's Hard to Say Goodbye.” Subsequently, the music video for this song was shot.

Anka recorded the 2005 album Rock Swings which corresponded to contemporary standards. For this work, the songwriter received a star on the Walk of Fame in Toronto.

In 2009, Paul claimed Michael Jackson’s posthumous hit “This Is It.” Anka stated that he created the song in collaboration with the King of Pop. Upon trial, the composer was granted 50% of the copyright. Paul Anka’s latest studio albums to date are Classic Songs, My Way (2007), Songs of December (2011), Duets (2013).

In 1962, Anka met Anne de Zogheb, a model of Egyptian descent from France, in Puerto Rico. The young people married in Paris in 1963. Anne gave up her career to raise five children: Amelia, Anthea, Alicia, Amanda, and Alexandra. They broke up in 2001, after 37 years of marriage.

Anka’s second wife was Anna Åberg, a Swedish model and actress. She was 30 years younger than her husband. The couple married in 2008, and they had a son, Ethan. After the divorce in 2010, the musician sued his former wife to gain full custody of the boy, who disliked his mother. In 2017, Anka won the case and took his son.

In October 2016, Paul married for the third time. This time Lisa Pemberton became his wife. The musician dated her for six years.

The wedding ceremony took place at the Four Seasons Hotel in Los Angeles, California. The next day, Anka boasted of the changes in his personal life on Instagram. He wrote alongside a snap of himself and his bride at the altar:

"Yesterday I married an incredible woman...the love of my life!!"

In 2013, Paul Anka's autobiography "My Way," co-written with David Dalton, was published.

Paul Anka continues to give concerts. He is currently on The Anka Sings Sinatra tour, dedicated to Frank Sinatra. In addition to the songs of the great singer, the musician performs his hits of various years. In 2018-2019, Paul Anka will perform in the United States, Canada, and Puerto Rico.

The musician is preparing to release a new album, which will include a duet with American country singer Willie Nelson. 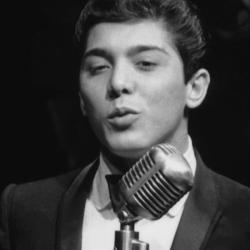