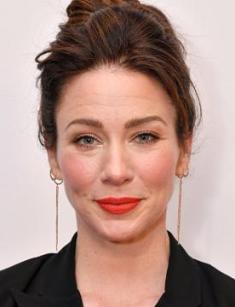 Lynn Collins attracts the audience with her different roles in movies. She does it in the romantic comedy, and thriller and even drama, where she played three roles, playing completely different characters.

Viola Lynn Collins was born on May 16, 1977, in Houston, Texas. It turned out that the newborn had a displacement of the leg. The treatment required the insertion of a special bracket. It lasted for a long time but it ended successfully. The woman told about this moment of her biography. She said that she is proud of her legs because they passed all the tests.

The family lived in Houston for four years until they moved to Singapore for several years. It is known that the girl spent every summer in Japan because her parents were interested in karate and improved their skills, gaining a new belt.

The performer has English, Scottish and Irish roots. She mentioned her Cherokee ancestry in an interview.

Lynn returned to America as a teenager, where she graduated from high school and moved to New York to enter the Juilliard School Drama Division. She received her first awards when she was a student. These awards are prestigious and predict a successful career for aspiring actors.

Lynn Collins made her debut at the age of 21. Her first role was the episodic role in the TV series Law & Order: Special Victims Unit. The actress appeared again in front of the audience a year later but she had a minor role. The tape was called Never Get Outta the Boat.

She worked as an actress but there were no serious offers. Her filmography was replenished with small roles in romantic comedies with Hollywood stars: Drew Barrymore, Adam Sandler, Jennifer Garner, Mark Ruffalo.

In 2004, the girl appeared in the movie adaptation of Shakespeare`s play. She participated in the filming of the historical melodrama The Merchant of Venice on the image of Portia along with Al Pacino and Jeremy Irons this time. The work was first presented at the Venice Film Festival.

It is worth noting that Michael Radford was engaged in the production and the young performer was surrounded by real professionals, who took a significant place in the acting. Critics positively noted Collins' work and she received the Satellite Awards in the nomination of Best Supporting Actress.

Lynn took a break from the movies for a couple of years. She appeared on the big screen in the tape Return to Rajapur. In 2006-2007, she starred in the blockbuster Bug, the comedy The Dog Problem, the melodrama The Lake House with Keanu Reeves and the thriller The Number 23 with Jim Carrey.

The last tape was unique because there are three images at the same time: a jumper, Mrs. Dobkins and the mother of the protagonist. Personalities are different from each other but the TV star coped with the task brilliantly. In 2008, the TV series True Blood, which had high ratings, was released. Collins played a waitress, a colleague of Sookie Stackhouse, the main character.

The actress appeared in X-Men Origins: Wolverine next year. She played Kayla Silverfox, the girlfriend of the protagonist (Hugh Jackman) this time. But this image was intended for the actress Michelle Monaghan, who refused later. Then producers invited Maggie Q for this role. Later, Viola Lynn Collins, a girl with a hypnotic talent, got this role.

There were people among the fans of the Marvel Universe, who reacted to the work of the TV star with criticism. They said that she did not try enough to find a representative of the North American people. The performer took it easy. Later, she reminded about Indian origins and she said that the role of Silverfox was her right role for this reason. As a result, Collins was nominated for the Teen Choice Awards.

In 2010, the woman starred in John Carter in the Walt Disney Studios. The director of the movie was Andrew Stanton (both adults and children remember the animated movie WALL-E). The audience saw Lynn in the role of Dejah Thoris, the Martian Princess. She saved John for the first time and then she became his wife. The premiere took place in 2012. She had a tight schedule. Her work in the filming did not interfere with her participation in theatrical plays.

Viola Lynn married twice. The first husband of the actress was Steven Strait. They were married in 2007, although they began dating in 2003. The couple lived together for 6 years and then divorced.

In 2014, Collins created a family with the musician Matthew Boyle a year later. Their son Asher Hendrix Boyle was born in early 2015.

There were rumors that the celebrity had an affair with Keanu Reeves in 2006.

She is fond of astrology.

Nowadays, Lynn Collins participates in theatrical productions. She does not appear on the set of the movie. But the release of a new season of Manhunt: Unabomber is possible, the premiere of which will be in 2017. Lynn Collins is an American actress who has a net worth of $3 million.

The celebrity has her page on "Instagram", where she puts new photos and videos in 2018. The actress has a lot of pictures, where she is at home and in the theater.