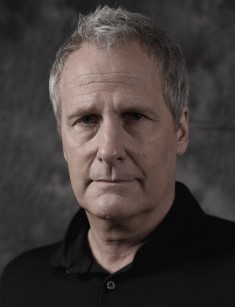 Jeff Daniels is an American actor, musician, playwright, and founder and executive director of the Purple Rose Theater Company. His career includes roles in movies, productions, and television films. He has won two Emmy Awards, was repeatedly nominated for the Screen Actors Guild Award, Tony and Golden Globe Awards for Best Actor.

Jeffrey Warren Daniels was born on February 19, 1955, in the American city of Athens, Georgia. When the child was six weeks old, parents Robert Lee Bob Daniels and Marjorie Ferguson moved to Chelsea, Michigan, where his father became the owner of the lumber company and mayor of the city. Jeff was raised Methodist because his family attended this church.

The young man studied at Central Michigan University, where he participated in a theatre program. In the summer of 1976, Jeff attended the Eastern Michigan University drama school and participated in a special Bicentennial Repertory program, where he performed in Lanford Wilson’s play The Hot l Baltimore and other productions. Guest director Marshall W. Mason noticed the talented young actor and helped him start a career on the big stage.

Before Jeff left his native Michigan, he had built his first car and learned to play the guitar.

Daniels moved to New York City, where he first played in the Circle Repertory Company in the play Fifth of July in the 1977–78 season, and then began to work at a new Second Stage Theatre in Manhattan.

Then the young actor participated in several Broadway productions: The Golden Age, Redwood Curtain, Fifth of July. For his role in the last play, Daniels was nominated for the Drama Desk Award for Outstanding Featured Actor in a Play in 1981. Besides Broadway, the actor was nominated for such prestigious theater awards as Obie Award, Tony and Drama Desk Awards for the productions Johnny Got His Gun, Lemon Sky and God of Carnage.

Daniels made his debut in 1981 in the film Ragtime directed by Miloš Forman. The actor’s next film, the Oscar-winning Terms of Endearment, in which he played Debra Winger's callow and unfaithful husband, was his breakthrough.

In 1986, the young actor garnered a Golden Globe nomination as the star of The Purple Rose Of Cairo, directed by Woody Allen. It was the film that inspired the name of his theater troupe, the Purple Rose Theater Company, founded in 1991.

Jeff turned out to be a talented actor, in 1987 he received the second Golden Globe nomination for the leading role in Jonathan Demme's Something Wild, his partner on the set was beautiful Melanie Griffith. Since then the actor's filmography has expanded rapidly. He starred in Woody Allen’s Radio Days, later in the horror comedy Arachnophobia. In 1991, two films with Daniels were released. These are The Butcher's Wife and Timescape.

In Ronald Maxwell’s movie Gettysburg about the civil war, Jeff played the role of Colonel Joshua Chamberlain, the hero of the Battle of Gettysburg. Daniels took the character seriously, studied the chronicles, and attended a historical society dedicated to his life. Ten years later, the director invited the actor to play the role of the famous warrior in the film Gods and Generals again. According to the actor returning to the image was "like finding an old friend who was waiting for your call."

In 1994, Daniels, along with Jim Carrey, starred in one of his most commercially successful films, Dumb and Dumber. The role of funny Harry Dunne was a noted departure for the career of the dramatic actor and brought him huge income. The same year, Daniels appeared with Keanu Reeves in the blockbuster Speed, which grossed more than $ 350 million.

In 1995, the actor participated in the screen version of the play Redwood Curtain, in which he played the same role as on Broadway stage in his youth. In 2000, the man portrayed a civil war hero in the television film The Crossing again, this time his character was the future US president, General George Washington.

In the early 2000s, Jeff also began to pay great attention to theatre work in the Purple Rose Theater, writing scripts for the troupe’s productions. He was the director and screenwriter of the movies Escanaba in da Moonlight and Super Sucker, for the last work he received the Audience Award at the U.S. Comedy Arts Festival in 2002.

He did not give up acting either. Daniels got a leading role in Clint Eastwood's project Blood Work, which received mixed reviews. Then Jeff appeared with other Hollywood stars in the movie The Hours, which grossed more than $ 100 million and won Stephen Daldry's Academy Award. In 2004, the actor starred in Imaginary Heroes and the screen version of Richard Matheson's bestseller "The Five People You Meet in Heaven."

2005 was fruitful for Daniels. He was invited to play a leading role in Noah Baumbach’s film The Squid and the Whale about the divorcing couple and the actor received the third Golden Globe nomination for it. The same year, Jeff starred in the family comedy Because of Winn-Dixie. The last work of that year was a bit part in the Oscar-nominated film Good Night, and Good Luck directed by George Clooney.

Later, Daniels played mainly minor roles and continued to work in the theater. In 2012, the actor became the new announcing voice for Apple with the iPhone 5 ads, then he played in the HBO series The Newsroom for three seasons, winning a Primetime Emmy Award in 2013.

In 2014, the actor reprised his role as Harry Dunne in the sequel Dumb and Dumber To, then portrayed Apple CEO John Sculley in the biographical drama Steve Jobs.

Throughout his acting career, Jeff has been fond of music, written and recorded songs, distinguishing the significant events of his biography. He often gave concerts, released six studio albums.

Since 1979, Daniels has been married to his high school sweetheart Kathleen Rosemary Treado. As a fan of baseball especially the Detroit Tigers, he celebrated a wedding on Friday the 13th because he had a Number 13 T-Shirt on the field. The couple has three children: sons Benjamin (1984) and Lucas (1987) and daughter Nellie (1990).

The actor has a fulfilling personal life. He lives in Michigan with his wife and children. His brothers and sisters who work for the family company Chelsea Lambert also live there.

The actor continues to work on television. In 2018, the TV series The Emperor's Newest Clothes was released, where Jeff played with the famous American actor, Alan Alda.

In the cinema, Daniels plays in the film Guest Artist directed by Timothy Busfield, and also prepares to shoot in the fourth part of the Divergent series.

Now the actor tours across the USA as a member of his son's musical group Ben Daniels Band. The photos of the concerts are posted on the actor’s official website and Twitter.