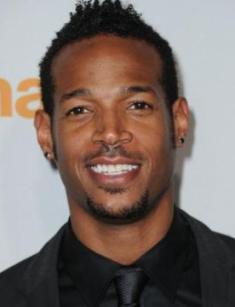 Marlon Lamont Wayans, better known as Marlon Wayans, is a famous American comedian and Hollywood star. He became famous after appearing in the cult comedies Senseless, Scary Movie, The Ladykillers, and Don't Be a Menace to South Central While Drinking Your Juice in the Hood. Marlon is a representative of a creative family where all children have achieved success. Wayans's brothers are the respected actors in the Hollywood Hills.

Marlon Wayans was born in the summer of 1972, under the zodiac sign of Leo, in New York City in a poor family. His father worked as a manager, and the mother was a homemaker who brought up ten children: five boys and five girls. The whole family was involved religiously with Jehovah's Witnesses.

The development of the youngest son, Marlon, was influenced by his older brothers who quickly achieved fame as actors, scriptwriters, and directors. It is noteworthy that they became successful in a comedy genre.

Wayans could not dream of any other profession, but Marlon earned his first money working at a roadside eatery. All of Wayans' s brothers tried to help their father maintain a large family. Nevertheless, the future actor could attain an excellent education. Marlon studied at Fiorello H. LaGuardia High School of Music & Art and Performing Arts, which graduates were Jennifer Aniston, Laurence Fishburne, Sarah Michelle Gellar, Wesley Snipes, Ellen Barkin, Adrien Brody. After graduating from the school, he entered Howard University, after which he immersed himself in the world of cinema.

Marlon Wayans began his acting career when he turned 16 years old. The young actor played in the comedy I'm Gonna Git You Sucka about shoot-out in the old neighborhood. His older brother Keenen Ivory Wayans was its director and played the leading role. He cast Marlon in a supporting role. The film also featured his sister Kim and brothers, Damon (the star of the comedy Major Payne) and Shawn.

At the age of 18, the young man and his older brothers created the popular TV show In Living Color, which was broadcast on Fox. Viewers noticed this talented actor instantly. The gifted comedian won the love of millions of people.

When he was 20 years old, Marlon Wayans starred in the comedy project Mo' Money, written by his older brother Damon, who played the leading role. The film was a success, and viewers remembered the actors well. The young star could consolidate his success in the drama Above the Rim. For the first time, Marlon played a non-funny role, but he did it brilliantly. The movie was released in 1994. Wayans appeared as a criminal who was a member of the gang of the drug dealer (Tupac Shakur).

The real vocation of the man is a comedy genre. Viewers could see it after the release of the TV show The Wayans Bros., which aired from 1995 to 1999. Everyone liked funny tricks of the guys, their jokes and parodies so much that the series was renewed for several seasons.

Glory waited for the American actor in 1996. 24-year-old Marlon Wayans appeared in the cult comedy Don't Be a Menace to South Central While Drinking Your Juice in the Hood. After the release of the movie about the eccentric dark-skinned guys, the Hollywood comedian increased the army of his admirers. The film turned out to be so popular that dozens of European and Asian countries bought the TV rights to it.

Marlon Wayans managed to consolidate his success, starring in the popular comedies The 6th Man, Senseless, and Scary Movie. The actor was also cast for Darren Aronofsky’s drama Requiem for a Dream. The last project was nominated for the Academy Award.

In 2004, Marlon Wayans appeared in the comedy film The Ladykillers, in which Tom Hanks played the title character, a swindler and professor. Keenen Ivory Wayans’s project Little Man was quick to follow, in which Marlon portrayed a very short thief, whom the couple mistook for a child. Over the next two years, Marlon managed to star in several television projects and Eddie Murphy’s film Norbit, after which he could portray the title character in the superhero action movie G.I. Joe: The Rise of Cobra. It is one of the few dramatic roles in the filmography of the actor.

Later, the actor's credentials included the comedy A Haunted House. The highly rated project was the film The Heat. The movie Fifty Shades of Black, a parody of the melodrama Fifty Shades of Grey, also became popular.

Marlon became famous not only as an actor. Like his brothers, he writes scripts and has managed to try his hand at directing. Marlon Wayans has created several films, in which he worked as an actor, screenwriter, and director. Most movies with his participation are comedies created by the Hollywood stars, the Wayans Brothers.

For example, in the comedy White Chicks about the unlucky FBI agents, Marlon and Sean Wayans got the leading roles, brother Keenen Ivory was a director, and they all participated in the writing of the script.

Marlon Wayans has a happy personal life. He is married to beautiful Angelica Zachary. The actor and his wife have been together for a long time and bring up two charming children, son Shawn Howell Wayans and daughter Amai Zackary Wayans.

Marlon has long been friends with the well-known colleague, Omar Epps, who became famous for his role as a dark-skinned intern in House. The families of two Hollywood stars are on friendly terms. They often rest together.

Although Marlon Wayans is famous, he does not have a superiority complex. The actor prefers to prove himself, creating new successful projects. Therefore, when some famous dark-skinned Hollywood stars, director Spike Lee and actress Jada Pinkett Smith, the wife of Will Smith, called for a boycott of the 2016 Oscars after a second straight year with no actors of color represented, Marlon did not support this act. The actor said that instead of imposing their own positions, they should create projects that would be impossible to ignore. Marlon quoted his older brother, Keenen, whom he had respected since childhood:

“When the door is locked, you shouldn't knock at it. You need to kick it down!.” Moreover, it should be kicked down by a top-rated project.

In 2017, Marlon Wayans starred in the comedy Naked. In the film, the protagonist experiences a kind of "groundhog day" on the day of his marriage, when he cannot get to the wedding hall. Soon viewers saw their favorite comedian in the TV project Marlon. The series was so popular that the creators decided to continue it in 2018. The TV show features the actor’s wife and children. New episodes have recently been released, and Wayans posts their teasers on his Instagram and Twitter pages.

Marlon Wayans has an estimated net worth of $40 million.