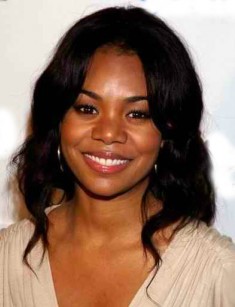 An average movie watcher with some popcorn laughs at Scary Movie and hardy suspects the actress who played crazy Brenda Meeks was going to retire to a convent as she wanted in her childhood.

Regina Hall was born in Washington on December 12, 1970, the same day her future colleague Jennifer Connelly (Requiem for a Dream) was born. Regina’s parents had nothing to do with acting. The father, Odie, worked as an electrician, and the mother, Ruby, was a teacher. The girl did not consider acting at first: she dreamed of becoming a writer.

Writing humorous texts, going to a church, and meditating helped the child manage the overwhelming emotions and reactions on negative events around; this is how she overcame depression. At that time, she wanted to hide from the outside world.

After the young woman graduated from school, she entered Fordham University; later, she received the master’s degree in journalism at New York University. She enjoyed gaining new knowledge:

“I could've gone to school until I was 75 years old as long as somebody would've paid my rent.”

Regina planned to work as a journalist, but the father’s sudden death made her look at things from a different angle and revise her values. Eventually, Hall decided to devote her life to acting. Before she got her first roles, she had to work as a waitress in the Twin Peaks restaurant and a dental assistant.

The same year, the first episode of the franchise Scary Movie came out. It was popular for the parody on famous horrors and brought the actors not only the public recognition but also two awards. Later on, sexy and extravagant Brenda appeared in the next parts except for Scary Movie 5. Hall said in one of her interviews it was the best decision in her career – to take the role in these movies, even though some people believed it would harm her.

The secondary role in the 2003 series Ally McBeal brought the first nomination for the NAACP Image Award. 15 years later, the second nomination for Girls Trip took place. As the artist recommended, people should learn from the movie characters many things: brotherhood and sisterhood, care, mutual support, and faithfulness to oneself.

The actress does not limit herself with comedies (Think Like A Man, The Honeymooners, Superhero Movie) only: she appeared in the dramas Law Abiding Citizen and Danika and psychological movies Paid in Full and When the Bough Breaks.

In 2013, the sequel of The Best Man came out. According to Hall, the preparations for the holidays turn out to be more complicated than the wedding fuss.

In addition to acting, Regina has not stopped writing and continued to publish her texts. For example, her work appeared in Ability Magazine. The woman is also a volunteer who helps aged people in hospitals, but she does not talk about it much.

In 2016, Hall’s solo album One consisting of 15 songs was released.

The media have been discussing the hot beauty’s affairs that she allegedly had. She was “accused” of many romances including the one with her old friend Sanaa. There was a theory that the women lived together because Hall’s house was repaired, and it gave journalists ground to suggest the women were dating.

Damon Wayans and the rapper Common were believed to be her boyfriends. In March 2018, the paparazzi noticed Regina together with Chadwick Boseman; they were leaving Vanity Fair Oscar Party holding hands.

The actress is reluctant to give detailed comments about her personal life; she does not confirm the news which adds more fuel to the fire. As for the woman’s attitude toward marriage, she believes that being a wife and giving birth are not the only goal in her life: it is important to find someone close.

“I love Elizabeth Taylor <…> She was one of the people who I felt equally possessed the same amount of talent as she did beauty <…> Whenever I do red carpet looks one of the things that I like is to always make sure that there’s a sense of elegance and class.”

In 2018, the comedy Support the Girls came out; Hall personified a motorway café boss. The actress also worked on the drama The Hate U Give. Critics’ reviews were positive: they believed this movie should receive many nominations for the Academy Award.

Besides, Hall appeared in the action movie Son of Shaft starring Samuel L. Jackson and Jessie Usher; the premiere has been scheduled for summer 2019.

Regina has personal accounts on Facebook and Twitter; however, she is more active on Instagram. Her page is very Hollywood: photos from red-carpet ceremonies, social events, magazine covers, hot commercial photo sessions, and pictures with her colleagues. Sometimes, she posts “behind the curtains”: makeup and meetings with friends and family. 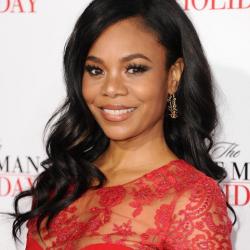