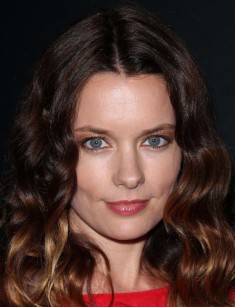 The Canadian actress Gina Holden earned the global fame for the series Blood Ties. The actress began her career when she was a teenager; today, her filmography includes several dozens of projects.

Gina was born in spring 1975 in British Columbia. Although the family moved often, Smithers, a small town in the mountains, became the girl’s home. From early childhood, Holden was an energetic child; the parents took her to various sports clubs. When Gina did not even go to school, she took up dancing and skating; at five, she gave her first skating performance.

When Gina Holden was a school student, she was offered a modeling contract. She did not hesitate to sign it; the parents supported the decision. Thus, the 15-year beauty went to Japan and discovered the peculiarities of modeling from the inside. At the same time, she learned the local culture and Japanese. Later, this country became the young woman’s second home.

Because Holden did not have time to finish school before Japan, she came back to North America to graduate and enter a college. At the same time, Gina took up acting classes which provide to be useful later. She gained her first roles.

The 2002 drama Roughing It and 2004 movie Perfect Romance were the actress’s debuting projects. 2015 brought a role in the popular series Supernatural. Overall, that year was rich in new works: the actress appeared in six series and two movies.

In 2006, the artist played in the horror Final Destination 3. The movie portrays a high school student who feels that something bad is going to happen to her and her friends at the amusement park. When she tricks death and makes sure her intuition did not lie, the young woman and her friends try to change their fate and stay alive.

The series Blood Ties brought success as well. In 2007-2008, she played Coreen Fennel, Vicki’s first client who used to work for the police. She wanted to find her boyfriend’s murderer. Coreen had some knowledge on occultism and became Vicki’s assistant soon.

In 2011, Holden gained the role of Julia Fogg in Mysterious Island. The movie is based on a true story that happened in 1874. Five military men accidentally find themselves in an uninhabited island; nobody knows where they are, so there is no hope for them.

In 2012-2013, the series Suits came out; Gina’s tole was episodic but successful. Today, the series is still broadcast.

In Teen Wolf, the artist personified Claudia Stilinski. The teenage mystic and drama series tells the story of a young man who was attacked by a werewolf. Although he had only a small wound, he noticed some changes. More than two million people watched Teen Wolf; critics’ reviews were positive as well.

The star’s fans also welcomed the horror The Exorcism of Molly Hartley; the premiere took place in 2015. The movie tells the story of a girl who has demons inside her. The relatives take her to a mental hospital where she becomes dangerous for people around. A defrocked priest is ready to help the child.

In 2017, Holden played Kate Johnson in Taken Heart. Her character is a successful detective and a single mom. Her daughter was kidnapped when she tried to help Punta Dia orphanage. Kate leaves everything and begins to look for her girl.

Similar to many celebrities, Gina Holden avoids revealing the details of her private life. In 2017, her son Max was born; there is no information about other children. James Eiswerth became the boy’s father. The actress publishes their photos together on her Instagram: one can see Gina and James are dating. However, it is unknown whether the couple married officially.

After the childbirth, Holden kept her body fit. Judging by the photos in the social networks, she looks beautiful. Although her weight is unknown, she looks slim. The actress’s height is 169 cm.

Gina leads an active life; she is a mother who is engaged in sports, and she also spends pretty much time in nature. Today, the woman enjoys her family life; she will probably have a new baby in the future.

In 2018, Gina appeared in the thriller A Woman's Nightmare by Brian Skiba; she got the lead role.

The movie tells the story of a writer whose marriage is disordered. She gives in to the temptation and spends a night with some young man. Later, the quarrel with the husband is forgotten, and the life seems to be back to normal. However, the stranger fell in love with the woman and tries to earn her favor; as a result, the writer’s family life is threatened.

The movie was premiered in November 2018. 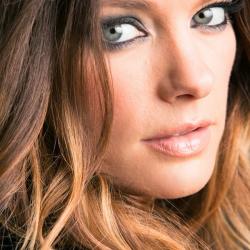