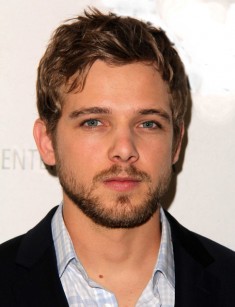 Max Thieriot is an American actor and director who has become famous on the roles in the movies The Pacifier, House at the End of the Street and Disconnect and by the series Bates Motel based on the cult movie Psycho directed by Alfred Hitchcock about the childhood of the serial killer and psychopath Norman Bates.

The actor became the owner of the nomination for the awards of Young Actors Fund in 2006, the winner of the Young Actor 2009 Awards in the category of Best Acting Ensemble in the movie Kit Kittredge: An American Girl.

Maximillion Drake (Маx) Thieriot was born on the 14th of October, 1988 in the town of Los Altos Hills of the district of Santa Clara, in the State of California, the USA. He is a middle son of Bridgit Ann Snyder and George Cameron Thieriot. He was growing with his elder sister Frankie and younger brother Aidan in the small town of Occidental in the Sonoma County. In his childhood Max studied at Sonoma Country Day School in Santa Rosa, California, later he continued his education at El Molino High School in Forestville.

The actor is a descendant of Michael Henry and Charles de Young, who were Dutch of the Jewish origin who once were the owners of San Francisco Chronicle newspaper. Max’s other ancestors, Frances Harrison Thieriot and Ferdinand Melly, perished during the crash of the Italian transatlantic liner "Andrea Doria" in 1956.

Thieriot began his acting career upon the completion of the class of the improvisation of the producer Don Gibble. Before he managed to get on the big screen, he took part in two short-length movies.

Max began his filmography in the full-length movies with one of the central roles in the teenage adventure picture Catch That Kid which was premiered in the world on the 6th of February of 2004.

Later he performed the role of the kidnapped scientist in the comedy with the elements of the fighter under the title The Pacifier featuring Vin Diesel in the major role. After this movie, Thieriot for the first was nominated for Young Actor Awards for Best Actor in the feature movie in 2006.

In 2007 the audience saw two movies with the participation of Max: The Astronaut Farmer and Nancy Drew. And in a year Thieriot took part in the sci-fi movie Jumper directed by Doug Liman in which he played the leading character David Rice who had some supernatural abilities in his youth.

In 2008 the actor joined the star cast of the movie Kit Kittredge: An American Girl which tells the story of the clever and inventive girl in Cincinnati during the Great Depression. For the role of the tramp Will who was accused of the robberies, Max received the award of Young Actor Best for Best Cast.

In 2011-2012 six movies with the participation of Max Thieriot were released. Among these movies, there were independent American tragicomedy Family Tree, the extremely gripping picture House at the End of the Street, the thriller Disconnect.

In 2013 there was released the series Bates Motel on A&E cable channel. This series is the modern prequel of the popular movie Psycho directed by Alfred Hitchcock. This movie took an important place in the actor’s biography. Max Thieriot together Vera Farmiga, Nicola Peltz, Freddie Highmore, and Olivia Cooke were included in the permanent cast of the project.

At first "A&E" channel made the order for ten episodes of the series and after the success, the show was prolonged for five seasons. Bates Motel has become the most long-lasting series in the history of the channel. This series received the Audience Choice Award as Favorite Drama of the cable television.

According to the plot, the character of Max - Dylan Massett, is a stepbrother of the psychopath and serial killer with a split personality - Norman Bates who was jilted by his mother becomes involved in the dark affairs of the relatives in the quiet town of White Pine Bay. Except for his acting work, Thieriot also had his debut a director in one of the episodes of the fifth season of the series.

The project was followed by the talk show under the title Bates Motel: After Hours in which the fans communicated with the starts and creators of the series on the air. The premiere was held on the 3rd of March of 2014 on A&E channel. The participants of the first show Kerry Ehrin and Carlton Cuse and also Freddie Highmore, Vera Farmiga, and Max Thieriot. The audience saw the second programme after the final of the second season of the series on the 5th of May, 2014. That time Olivia Cooke and Nestor Carbonell joined the cast of the first season.

In 2015 Thieriot enriched his filmography with the fighter Point Break – the new version of the same name movie of 1991 with the well-known actors Keanu Reeves and Patrick Swayze and with the mini-series Texas Rising.

After the series Bates Motel was closed in 2017, Max began to perform the role of the "seal" Clay Spenser in the drama project of CBS channel under the title SEAL Team.

In 2012 Thieriot announced the engagement with Lexi Murphy who was an integral part of the actor's personal life for seven years. Max has a proposed to his beloved during their romantic holiday on the Caribbean Islands.

They celebrated their wedding in California on the Lake Tahoe on the 1st of June, 2013. By 2018 Lexi gave birth to two children, sons of Beaux and Maximus.

Max blended families with the professional American baseball player Michael Stats after his sister Frankie got married to the former pitcher of Philadelphia Phillies.

Thieriot together with his friends Myles Lawrence-Briggs and Christopher Strieter are the owners of the family vineyards in the town of Occidental where they grow one of the best Pinot-noir in California. The partners are engaged in the winemaking and distribute products under the brand of Senses Wines.

At present Max continues to work in the series SEAL Team which was prolonged for the second season on the 27th of March, 2018. Participation in this show takes a lot of time at the actor. On the actor's page on Instagram, one can see the photos of his wife and little Maximus whom Thieriot misses o much.

Moreover, in the social networks of Max, there are many publications from the shootings of the previous project and also the advertisement of the non-profit BOOT CAMPAIGN organization which provides financial support to the American veterans and their families. 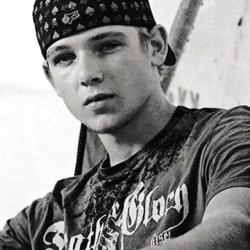