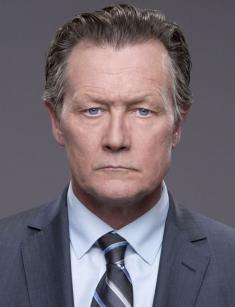 The majority of people know Robert Hammond Patrick Jr. for the role in the popular action movie Terminator 2: Judgment Day where he played the liquid-metal, shape-shifting robot T-1000. Further on, the actor appeared in other famous projects, and fans somehow forgot that the man’s path in cinematography was long and thorny.

The would-be actor was born in November 1958 in Georgia. The boy spent his care-free childhood and youth in a suburban area of Cleveland. The family was wealthy, large, and close-knit; Robert was the eldest among five children. The father was a banker, and the kids could do anything they liked. One of Robert’s siblings, Richard, took an interest in music and became the frontman of the rock group Filter.

Robert liked soccer and track and field; he was not particularly keen on acting. The boy even refused to participate in the school play Peter Pan: he did not want to appear on the stage in tights.

Everything changed when the young man was a student: suddenly, Robert got so passionate about acting that decided to quit the university because it was a waste of time for him. The would-be artist went to Los Angeles to attract directors’ attention. However, the triumph moment was far. To earn his living, the young man worked as a bar waiter and house-painter; he slept in a car. At the same time, Patrick educated himself and studied Stanislavski's system.

Robert Patrick debuted at 28; his first role was starring: the director Cirio Santiago noticed the young man and offered him the role in the movie Equalizer 2000. It was a pretty good start.

Robert also had an episodic part in Renny Harlin’s Die Hard 2; this is where James Cameron saw him. The director was looking for a brutal-looking actor for the role of a cyborg killer in his new project, Terminator 2: Judgment Day. The movie also starred Arnold Schwarzenegger, Linda Hamilton, Edward Furlong, Joe Morton, and others.

Patrick played the famous T-1000 robot; today, people still associate the actor with it and call him “the liquid terminator”. Schwarzenegger’s character, T-800, arrives from the future to save John Connor, Sarah’s son: the boy will grow up and defeat the robots that rose against humanity.

Robert Patrick’s character is the villain: he threatens John Connor because the machine’s goal is to liquidate the future leader of people. The enhanced model T-1000 can shapeshift which makes it almost invincible: the robot can go through walls and ceilings, and bullets cause no harm to it. As long as somebody shoots the cyborg, the holes immediately “heal”.

These impressive transformations became possible thanks to new computer technologies; many new special effects were used in Terminator 2. Robert Patrick skillfully personified the silent, handsome villain wearing the police uniform. His character is pretty smart; it is chasing the Connor family and shapeshifts into Sarah herself to mislead his enemies.

The actor named his daughter Austin in memory of the police officer whose appearance the robot had.

2000 brought the significant lead part: Chris Carter, the creator of the popular series The X-Files, noticed the actor when it was necessary to replace David Duchovny. In 2000-2002, Patrick appeared on the screen as John Doggett who became Agent Scully’s (Gillian Anderson) new partner. The audience and critics welcomed the actor; he gained the prestigious Saturn Awards – Best Actor on Television. In 2001, the artist was included in the Ten Sexiest Men of Sci-Fi according to TV Guide.

The movie Walk the Line (2005) marked the new wave of popularity. The actor personified the main character’s father; the project won the Academy Award. People also appreciated the biographical mini-series Elvis where Robert played Presley’s father; it won Emmy and the Golden Globe.

In recent years, the actor has been working a lot; the most notable projects are: Flags of Our Fathers, Balls of Fury, Bridge to Terabithia, Strange Wilderness, The Men Who Stare at Goats, and Sgt. Will Gardner.

Handsome and tall (6 feet or 183 cm.), the actor has always been the center of public attention. However, tabloids have nothing to discuss: Robert gives no ground for scandalous rumors.

The artist’s personal life is happy. He met his would-be spouse, Barbara Hooper, at the challenging period of his life, when he frequented auditions, lived in a car, and worked as a bartender. By the way, that bar became the meeting place of Barbara and Robert.

Two children were born in the family when Patrick was starring in Terminator 2: the daughter Austin and the son Samuel.

Today, the actor does not think of retirement. In February 2017, the movie Eloise was released; Patrick played Dr. H.H. Greiss.

Robert Legato’s thriller tells the story about the friends who break in the abandoned insane asylum Eloise to find the death certificate: it will give Jacob Martin (Chace Crawford) the inheritance rights. The group learns that Eloise keeps a horrible secret; the past enigmas of the characters are also revealed.

In March 2017, Patrick joined the cast of the Amazon TV project: Aaron Mahnke’s screen version of the horror podcast Lore. The podcast was one of the tops on iTunes in 2015; Entertainment Weekly called it one of the best in 2016 as well; Instagram users were talking about it. It is the collection of the mysterious stories related to medieval mythological creatures. Gale Anne Hurd became the producer.

In 2018, Patrick appeared in the series Mayans M.C. and the drama Back Roads.