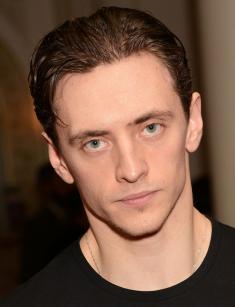 The British media called Sergei Polunin “a bad boy”, and the Russian press frequently discusses the rebel’s personal life. The dancer who has mastered one art form by 29 and started studying another genre continues to look for his place in the world.

The would-be star was born on November 20, 1989, in Kherson, Ukraine. When Sergei was three years old, the parents took him to a gymnastics school, and teachers immediately marked the child’s plasticity and musical ear.

Five years later, the family decided to transfer the boy to a choreography school; a couple of months later, he became the best student there. The first ballet classes did not interest Polunin; in his interviews, the artist mentioned he dreamed of an injury that would make dancing impossible.

At the age of eight, the boy entered the Kiev State Choreographic Institute, and the mother, Galina Polunina, left Kherson with her son. The father went to Portugal to work at a construction site and earn money for the family; the grandmother got hired as a caregiver.

The family’s endeavor was awarded. At 13, the Ukrainian dancer won the Serge Lifar International Ballet Competition. The next year, the young talent moved to London alone and continued his education at the British Royal Ballet School.

The teenager did not lose steam in the new country. In 2006, he reached the final of the Prix de Lausanne. The dancer’s achievements and persistence were appreciated: at 17, Sergei Polunin joined the Royal Ballet in Covent Garden.

The childhood dream seemed to have come true. However, Sergei aimed at being the best dancer and went on and on. At 19, the young man frequently took lead roles and became the youngest first soloist in the history of the troupe. Sergei’s height was 5.91 ft. (180 cm.), and his weight was 143.3 lbs. (65 kg.); he was literary flying in the air as if there was no gravitation for him.

The splendid career changed dramatically in 2011. At some point, Sergei left a rehearsal and never came back to the Royal Ballet. The media published theories about the dancer’s unstable mental state and substances intake which, by the way, the young man did not keep secret.

However, the truth was more complicated: the artist had made a decision a long while ago. The young man got sick of the routine and injustice that ballet dancers had to experience every day.

The standstill period in career and personal life followed. However, the young man continued to be interested in art and spent much time on ballet. At this period, he met the former gangster Anthony Lammin: the love of tattoos united them. Polunin viewed tattoos as art and helped his new friend open a salon in the suburban area of London; they were developing the business together.

Sergei decided he had finished his career but changed his mind in 2012 and moved to Moscow: he wanted to perform at the Bolshoi Theatre. The artist’s talent and tenacity caught the attention of Igor Zelensky, the Stanislavski and Nemirovich-Danchenko Theatre artistic director.

Soon, Sergei became the first dancer at the Bolshoi Theatre; simultaneously, he performed at the Novosibirsk State Academic Theater of Opera and Ballet. Two years later, when the fresh impressions turned pale, the artist went on as a guest star and left the job.

Polunin was looking for new inspiration. He participated in Hozier’s music video “Take Me to Church” directed by David LaChapelle. Soon, he appeared in the Dior Homme commercial by Bruce Weber.

Working in front of a camera impressed Sergei so much that he moved to Hollywood. He got a new goal: to become a popular artist. The man’s first projects are notable for their large scale, just like everything that Polunin does.

In 2016, the documentary Dancer about Sergei’s life from early childhood was released. Polunin wanted the younger audience to notice the project: he believed that popularization of ballet would make this art more liberal.

In 2017, the actor debuted in the movie Murder on the Orient Express and played Count Rudolph Andrenyi. Sergei admitted he felt nervous because of his lack of acting experience; he spent much time watching his colleagues’ work: Johnny Depp, Judi Dench, Lucy Boynton.

Despite his new hobby, the artist has not dropped ballet for good. Since 2016, he has been a guest soloist in the Bayerisches Staatsballett.

In 2017, the international premiere of Project Polunin took place; Sergei worked as a choreographer. The first show was held on March 17 and included several extracts from famous ballets: Icarus, The night before the Flight and Narcissus and Echo.

Sergei Polunin often expresses his emotions through tattoos. There are words on his back: “I’m sorry, tiger” devoted to an unknown lover. The tattoo is complemented by scars imitating scratches; Polunin did the cuts on his own.

The rebellious artist used to date the ballerina Helen Crawford for two years. However, when the woman talked about children, Sergei broke up with her. The next year, journalists often saw him with another ballerina, Yulia Stolarchuk. However, there was no evidence of their romance.

The tattoo “Natasha” on Sergei’s hand is devoted to Natalia Osipova. The young people met in 2015 at the rehearsal of Giselle. David Hallberg was supposed to take the lead role, but he had severe trauma. Thus, Sergei got the part. Soon, Osipova and Polunin liked each other and started dating.

In his interview to Vogue, Sergei confessed he would like to direct a movie about a dancer who could no longer perform. As the man believed, this person psychological state could interest the audience.

The artist plans to found a charity fund for talented children; today, Polunin also considers opening his own school.

In spring 2018, the premiere of the spy action movie Red Sparrow took place; Polunin had a secondary role there.

Sergei does not talk much about his personal life. In May 2017, there were many speculations about Polunin and Osipova split up: according to journalists, the ballerina left the beginning actor for a little-known conductor. However, the recent photos from Polunin’s official page show the couple together on the red carpet.