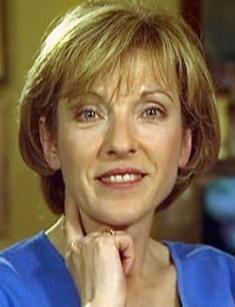 The name of Mary Austin is always mentioned next to the name of the British singer Freddie Mercury. It was known only after the death of the musician what an important role this woman played in his biography. She was little mentioned in the media, even when Austin began to appear in public as Mercury's assistant, nobody heard gossip about their affair. However, Mary is the heiress of the greater part of the state of the singer and the only one who knows the secret of the burial of his ashes.

Mary Austin was born in London. The girl's parents were deaf and communicated with their daughter through lip reading and sign language. Her mother worked as a secretary and her father worked as a woodcarver. Her family lived in a small house with a terrace and needed money, so Mary had to find a job.

Austin met with Freddie Mercury in her youth. The girl worked as a seller in a fashionable store and the musician went to pick up clothes for new stage images there. Some sources mention that Brian May, the guitarist of Queen, introduced them. Brian liked Mary but the girl did not like him but black-haired, handsome Freddie attracted her attention immediately.

Mary was not so beautiful even in her youth but the performer was fascinated by her discretion and charm. Mercury hesitated to ask her out and he made every effort to impress her when he made the meeting.

The couple settled together on Holland Road soon. They had not enough money and they had to rent a small room for £ 10, sharing the bathroom and kitchen with their neighbors. None of them had any plans for the future and Mary was surprised to receive a jade ring from her lover at Christmas. At first, she thought it was just a gift but Freddie proposed to her.

However, the musician realized soon that the proposal was ill-advised and the family life does not interest him. He tried not to talk about their wedding and dissuaded her from buying the antique dress, which she was going to wear to the wedding. Mary was disappointed but not too surprised: such an act was in his spirit and the couple's relationship had already begun to deteriorate.

Mercury was more and more interested in his career. He made his career, he disappeared at concerts and rehearsals and did not come back home at all. Mary tried to be together and even offered him to have a baby; it made him angry.

In 1976, the musician said that he did not see sense in their relationship any longer and admitted that he liked men. Mercury suggested the girl remain friends and, according to her, she was grateful to him for his honesty. They lived together for another year. Freddie had a boyfriend and it surprised fans. And the performer had feelings for his civilian wife. He wrote the song "Love of My Life" the same year, which he dedicated to her.

Eventually, Mary moved out of the apartment. Mercury, who became a wealthy man, bought her the house. She was engaged in her personal life after watching the love adventures of her former boyfriend.

Austin married the artist Cameron Pierce soon and gave birth to two children, Richard and James. Freddie became the godfather of the eldest child and there is a touching photo in the family archive, where the musician gives the baby a Christmas gift.

Mary's marriage was unhappy. Her husband did not like that she was always together with her former partner and they divorced after constant conflicts. She married for the second time in 1998. Her husband was Nicholas Holford; they were together for four years. Mary did not make any attempt to tie the knot.

Austin remained an essential person in Mercury's life after the breakup. She worked as his secretary, helped him solve every day and professional problems, organized meetings. Their photos were always in the media but the press thought that she was just a helper and nobody almost mentioned about their former love affair.

Mary was generally satisfied with this status. She started talking about the fact that she wanted to give birth to a child but Freddie refused. He saved Austin's life because he was infected with AIDS. The performer called Mary his only love and said that no one meant as much to him as she did in a recent interview.

In the summer of 1991, Mercury died of bronchopneumonia. She had this disease on the background of immunodeficiency. He asked Austin for one last favor a few years before his death to take his ashes and bury them in a secret place after cremation. Freddie did not want a posthumous pilgrimage to his grave and was afraid that it would be defiled. Mary carried out his wishes and still keeps the secret of the last refuge of the star. No one knows, except her, about the location of Mercury`s ashes, even his parents do not know about it.

According to the will, Austin became the heir to most of his fortune, including the luxurious villa Garden Lodge. Mary was the first who told the public about his homosexuality after the death of Mercury. The fans did not like it. Many people interpreted this act as a betrayal of privacy and a desire to lit a fuse to make more money.

In 2000, Austin starred in the movie Freddie Mercury, the Untold Story, where she played herself.

Mary lives in London. The wall surrounds her home in Kensington, it is a permanent place of pilgrimage for fans of the musician. However, she does not call anyone. Guests have to be content with the appearance of the house and listen to the guides retell of their love story. Mary Austin has a net worth of $80 million.

Garden Lodge was empty for a long time. According to rumors, the heiress left this mansion because she felt terrible there and suffered from the realization of the invisible presence of the former owner. According to a simpler version, Mary was tired of the crowd of fans, walking around the house and trying to get inside.

However, she decided on the final move over time, keeping almost all of the atmosphere of the house as it looked during Freddie`s life. Antique furniture, paintings and an old piano, where the musician composed his hits, remained on the same places. There are pictures of Mercury on the walls, both stage and those, on which they are together.

The fans went to the villa to make commemorative inscriptions on the fence since the death of the musician. In 2017, Mary ordered to paint over the fan "art" and put warning signs, where it is indicated that she will call the police, if anybody will try to restore them.

According to Austin, she has a lot of haters. Former artists of the group Queen consider it unfair that she owns the house and Freddie's things and continues to receive huge revenues from his records and fans do not like that the mansion of their idol is used as a house, they would prefer to see a museum there.

In 2018, Austin was 67 years old. Nowadays, she leads a reclusive life and rarely leaves the house. She refused to participate in the filming of a new movie about Mercury Bohemian Rhapsody but got acquainted with the script and approved it. The British actress Lucy Boynton played the role of Mary.

Although Austin is grateful to Freddie that he secured her future and the future of her sons, she admits that she considers his wealth a burden. It is difficult for her to manage funds and cope with someone else's envy. She admitted in an interview that she still loves Mercury:

"I would prefer it was backward. I should have died first. I'd rather he missed me than I missed him."