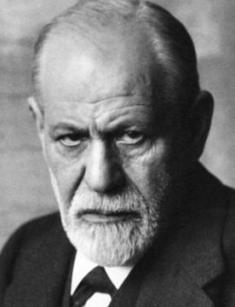 Sigmund Freud is an Austrian psychoanalyst, psychiatrist, and neurologist; he is famous as the founder of psychoanalysis. Freud’s revolutionary ideas are still widely discussed in scientific circles today.

Sigmund Freud was born in Freiberg in Mähren, then Austrian Empire (Czech Republic today), on May 6, 1856. The boy was the first child in the family. His mother was the third wife of Jakob Freud; the man had had two sons in the previous marriage. Jakob’s wool business provided the family with bread and butter, but the revolution came and destroyed it. Thus, the Freuds had to leave their homeland and moved to Leipzig; they settled in Vienna the next year.

The home atmosphere was far from being perfect: a poor neighborhood, dirt, noise, and unpleasant neighbors. Sigmund did not like to remember his childhood and believed those years were not worth paying attention to.

The parents loved their soon deeply and anchored high hopes on him, encouraging the boy to read. Sigmund’s literature choices were not typical for a child – he preferred Shakespeare, Kant, Nietzsche, and Hegel. Besides, the future psychoanalyst was fond of learning foreign languages, and even complicated Latin was easy for the young genius.

Homeschooling helped the boy enter a gymnasium earlier than normal. Freud had all the necessary conditions to improve his knowledge on various subjects, and the parents’ love was awarded: their son successfully graduated from school.

Further on, Sigmund spent pretty much time alone; he was reflecting on his future. The strict laws left not so many choices for a Jewish young man: medicine, law, commerce, and industries. All of them, except for the first one, did not attract Sigmund – they did not seem suitable for such an educated person. However, he did not feel an affinity for medicine as well. There was nothing left to do, though; Freud chose this direction. The would-be philosopher made the final decision when he got familiar with Goethe’s work Nature.

Freud was not an enthusiastic student. The young man spent much time in Brücke’s physiology laboratory and published several substantial articles on animals’ nervous systems. Sigmund planned to continue his academic career after graduation, but life required money; in 1885, when he had worked with some famous therapists of that time, Freud signed up for opening his own neuropathological office and succeeded due to recommendations.

It is a known fact that Sigmund Freud experimented with cocaine. He was astonished by the drug effects and created many works on its properties. Following the cocaine treatment course, one of his close friends died, but the excited explorer ignored that. Many years later, the professor managed to give up the bad habit; he never stopped his philosophical work, attended lectures, and wrote notes.

In 1885, Freud’s friends helped him have training with the famous French psychiatrist Jean-Martin Charcot. Practice made the future psychoanalyst understand the differences among diseases; Charcot taught him how to use hypnosis to cure patients or, at least, ease their suffering.

Freud began to talk to his patients; people could share everything they had and change their consciousness. This technique is known as “free association”: random thoughts and phrases helped the analytical professional understand the core of any problem and find a solution. Thus, it was possible to give up hypnosis and communicate with patients in their consciousness.

The psychiatrist guesstimated that any psychosis was the result of a person’s memories; they were difficult to get rid of. He also created the theory that most psychoses were based on the Oedipus complex and infantile sexuality. According to Freud, sexuality is the primary factor that determined many psychological issues; these ideas were complemented in Three Essays on the Theory of Sexuality.

These ideas provoked a scandal among Freud’s colleagues; many psychiatrists stood against them and claimed that the man himself was a victim of psychosis.

Although the book The Interpretation of Dreams did not bring the author much recognition at first, psychoanalysts and psychiatrists found dreams important for the right treatment later. The scientist insisted that dreams were a notable factor that influenced a person’s physiological condition. Following this publication, the professor was invited to deliver lectures in German and American universities – it was a great achievement for him.

The Psychopathology of Everyday Life is another book that contributed to Freud’s topographical model of the psyche.

A General Introduction to Psychoanalysis holds a specific place among the scientist’s legacy. The book gives the core of the theoretical principles, methods, and philosophy of psychoanalysis. Later, these foundations formed the new concept related to all psychological processes and phenomena – “subconsciousness”.

Freud also tried to explain social phenomena. Group Psychology and the Analysis of the Ego describes the factors that influence a crowd, a leader’s behavior, and the “prestige” that power holders gain. All these publications remain bestsellers today.

In 1910, Freud’s followers split; some of them did not agree that psychoses and hysterias were the results of sexual energy oppression, as Freud believed. The psychiatrist was tired of the disagreement and decided to gather together only those who supported his opinion. In 1913, the Committee society was founded; it was almost secret.

Sigmund Freud ignored women for many years. In fact, he was afraid of them, and this fact caused many jokes and speculations; the famous psychiatrist was embarrassed and tried to convince himself he could live his life without any woman interfering with his personal space. Still, the circumstances were different: the great scientist was also mesmerized by a woman.

One day, when Sigmund was rushing to a publishing house, he was almost run over by a carriage. The passenger felt guilty about the incident and invited the man to a ball to make amends. Freud came to the evening and met his future wife, Martha Bernays, and her sister, Mina.

The engagement was luxurious; the wedding took place soon. However, frequent scandals darkened the family life: jealous Martha insisted her husband should stop all contacts with Mina. Freud did not want to conflict with her and obeyed.

Martha gave birth to six children for the first eight years of their marriage. When the younger daughter, Anna, was born, the psychiatrist decided to give up his sexual activities. He probably kept his word – no new kids were born.

The youngest daughter looked after her father at the end of his life. Besides, Anna was the only one who followed in Freud’s footsteps; today, a child mental health research center in London is named after her.

The hard studies and busy schedule ruined the philosopher’s health: he was diagnosed with cancer. Freud had to overcome many surgeries, but none of them helped. The patient asked his doctor to release him from the torment; a dose of morphine stopped Freud’s life in September 1939.

Many museums have been created to honor the great psychiatrist. The main organization is located in London, where he had to live after the enforced emigration from Vienna. Besides, the homeland remembers its son: there is a museum and hall of fame in Příbor, Czech Republic. One can see many pictures of Freud during psychological festivals and events all over the world.

“'Love and work are the cornerstones of our humanness”.

“The task of making people happy did not form part of the plan of Creation”.

“The voice of the intellect is a soft one, but it does not rest until it has gained a hearing”.

“I was always looking outside myself for strength and confidence, but it comes from within”.

“In one class of cases being in love is nothing more than object-cathexis on the part of the sexual instincts with a view to directly sexual satisfaction, a cathexis which expires, moreover, when this aim has been reached; this is what is called common, sensual love. But, as we know, the libidinal situation rarely remains so simple. It was possible to calculate with certainty upon the revival of the need which had just expired; and this must no doubt have been the first motive for directing a lasting cathexis upon the sexual object and for ‘loving’ it in the passionless intervals as well”.

“My daughter, who died, would have been thirty-six years old today. <…> Although we know that after such a loss the acute state of mourning will subside, we also know we shall remain inconsolable and will never find a substitute. No matter what may fill the gap, even if it be filled completely, it nevertheless remains something else. And actually, this is how it should be. It is the only way of perpetuating that love which we do not want to relinquish”. – Letter from Sigmund Freud to Ludwig Binswanger, April 12, 1929.