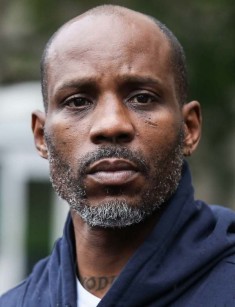 The famous hip-hopper DMX has never stood out for the exemplary behavior: the musician has been imprisoned more than 15 times, yet he did not stop violating legal norms. Rumors have it the singer has a psychological disorder. The rapper keeps denying his problems and using lawyers’ services to avoid new criminal proceedings.

Earl Simmons known as DMX was born on December 18, 1970, in New York. The would-be star began his life in the poor neighborhood: the single mother and her children had to move there after Earl was born.

From an early age, the boy was surrounded by religious people: his mother belonged to Jehovah's Witnesses. Eventually, the child’s weak health and the constant lack of money made the woman take Earl to a foster home.

Bad companies affected the sensitive young man negatively: the teenager was arrested for hooliganism, robbery, and property abuse. According to Earl, he decided to take up music after the release so that girls would like him.

Earl began his music career in beatboxing and DJing. Soon, he realized he was interested in a particular genre. Just like all cool guys, the young man needed a pseudonym. Thus, Simmons chose the abbreviation “DMX” which meant “Dark Man X.”

In 1992, his first song “Born Loser” released by the music label Columbia was broadcast on the radio. The contract with the company was canceled right after the track came out.

Disappointed by his problems in music, the young man went into trouble: in 1994, the musician was arrested with large drug seizures. When DMX got out of prison, he met the representatives of Def Jam Recordings. Finally, the artist’s career started developing, and he presented two successful albums: It’s Dark and Hell Is Hot and Flesh of My Flesh, Blood of My Blood. Between these projects, the musician participated in the movie Belly (1998). Nevertheless, the growing popularity did not sober the singer: in 2000, he was caught with a large amount of drugs.

When the rapper left the troubles behind, he recorded the third album, Great Depression (2001). The majority of the songs were created when the musician was depressed because of his grandmother’s death: the woman was one of the few people who tolerated his behavior.

In 2003, the singer created the music video for one of the most popular hits, “Dogs Out.” He also starred in the action movie Cradle 2 the Grave. The same year, the man presented the next album, Grand Champ, and announced he was leaving the stage.

Nevertheless, after new situations related to drugs, drunk driving, and prison, DMX had another album, Year of the Dog… Again (2006), released. The audience was disappointed: because of the different style and lyrics presentation, the album was not a success.

In May 2008, following neighbors’ complaints about the noise, the police went to the rapper’s house. Three dead and 12 alive pit bull terriers were found in the musician’s yard; there were the marks of abusive treatment on the dogs’ bodies. A similar situation took place in 2002. With all that, the musician had positioned himself as a pet lover; he even had a tattoo of a pit bull on his back.

The next year, the rapper ran to another extreme: he remembered the childish love of religion and told journalists he was going to become a priest. The artist was going to launch a reality show about his own moral reformation; the photos of the repenting sinner went viral in the global media. However, the musician’s idea failed.

In 2016, DMX reminded about himself: the man was found in his own car, unconscious. The police provided the first aid and took the rapper to a hospital. According to the official version, the rapper had an asthma attack, but the police claimed that DMX was on drugs at that moment.

The next year, the Department of Revenue Services turned to the Manhattan court. As it turned out, DMX had not paid taxes from 2000. According to the US laws, the singer could be imprisoned for up to 44 years. Besides, the musician had the alimony debt: $400 thousand.

The young man met his future wife, Tashera, long before he began his music career. The young people grew up not far from each other. When Tashera was 11, she saw DMX rob an old woman; from that moment, the girl decided to become the hooligan’s lover.

In 1999, the couple married; they spent 15 years together. Four children were born in the family: Xavier, Shawn, Tocoma, and Praise Mary Ella. In 2014, Tashera and Earl divorced. It happened after the musician’s random acquaintance, Monique Wayne, claimed that the rapper was the father of her future child. According to the young woman, the man raped her in a nightclub. Before that, Tashera had heard some rumors about her husband’s out-of-wedlock romances and children.

In January 2018, the rapper violated the conditions of the early release: he was granted bail as he was expecting the decision in the tax non-payment case. He was required to go to a rehab clinic and stay there. However, DMX refused to comply with the ban and went to the nearest bar.

In March, the Manhattan court passed judgment on the American rapper’s case: the musician was sentenced to one year of prison for his non-payment of taxes. He was also obliged to pay the debt - $1.7 million - to the tax authorities.

In May, the artist reminded his fans about the 20-years anniversary of the first album It’s Dark and Hell Is Hot and posted the album cover on his Instagram page. 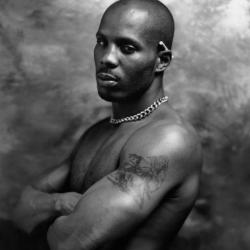