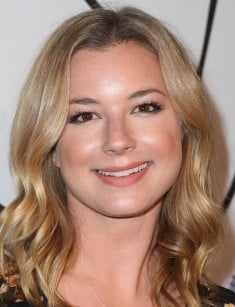 Emily VanCamp is a Canadian movie actress who was remembered to the audience in the series Everwood which was broadcast on The WB TV channel and received positive feedback of the movie critics. Emily VanCamp was born on the 12th of May, 1986 in the small town of Port Perry which is situated to the northeast from Toronto (Canada). The future actress grew in a big family and was the third child from four children: Emily has three sisters (Katie, Alison, and Mollie).

Her father Robert was working as a veterinary nutritionist, and her mother Cindy was a housewife. It’s known that being a child, Emily worked with her father: she delivered food to the clients in her native town and beyond its limits. Since early childhood VanCamp began to have fancy to the creativity, however, she has always dreamt of connecting career with her dances. She began to be engaged in the acting at the age of three and when Emily turned eleven the girl convinced her parents to send for summer training to Montreal. In a year the future actress was enrolled to the ballet higher school which is situated in the French-speaking Province of Quebec.

Even though Emily dreamed of becoming a famous dancer, the destiny has made some steps of its own: due to the accident, VanCamp began to be interested in immense territory of the movie industry. Everything started in 1998: Katie VanCamp by accident took part in the movie Ladies Room by Gabriella Cristiani where she worked on the same film set with Molly Parker and Veronica Ferres.

Emily was inspired by her sister’s work that’s why she began to master her acting skills: she improved her acting skills every Saturday after lunch. In a short time, the girl found the agent, and she began to enrich her creative biography with several commercials. VanCamp had her debut on the screens of TVs in the children's horror series a la Tales from the Crypt – whether Are You Afraid of the Dark? (2000). The audience hasn't remembered the personage of the girl because the silent heroine Emily was present only in one episodic scene.

During a long time, Emily played secondary roles: she took part in the movies Primera Dama (2000), Lost and Delirious (2001) and a couple of series. But the true good luck smiled to the girl in 2002: VanCamp began to take part in the drama series Everwood which was broadcast during four years. The plot of this series takes place in the picturesque town of Everwood in Colorado where the unusual New York Browns family moves.

The leading character Andrew Brown (Treat Williams), a doctor by his specialty, lost his wife in the road accident that’s why he tries to begin life from scratch in the new place. But the quiet place wasn’t hospital from another town: the chief physician starts a war against Browns. Now that Andrew raises his children on his own, he has to face the typical teenage problems. In this movie, Emily has played the role of Amy Abbott, the beloved woman of Ephram Brown.

In 2004 VanCamp played a role in the thriller The Double by Marek Kanievska. Sharon Stone, Rupert Everett, Michael Cochrane and other stars of the movie stars became her colleagues on the movie set. In a year Emily appeared in the short-length movie Rings which is a prequel to the second part of the picture. The plot is based on the mystical videotape which kills people during seven days from the moment of its viewings. There appear the fans of this videotape and organize the secret club. The young guys and girls watch the unfortunate video and share their impressions. Though they even didn’t suspect that they were playing with the death.

Later, in 2005, Emily plays in the chilling sequel of the movie The Ring Two. It’s remarkable that the film will be cardinally different from the Japanese original that’s why the audience saw a new and original story about the gloomy "girl from the well." Except for VanCamp, Naomi Watts, David Dorfman, Simon Baker, Kelly Stables and other actors performed the roles in this movie. In two years Emily took part in the drama Black Irish directed by Brad Gann where she has worked with Michael Angarano and Brendan Gleeson.

In 2008 VanCamp took part in the horror movie, that time in the picture Carriers which tells about the deadly virus which condemns people to the painful death. In 2010 Emily performed in the comedy Norman. The plot is focused on the senior who for the personal gain he pretends to be a cancer patient. While the young man plays to the audience, his father is terminally ill.

In 2011 the actress tried herself as a young teacher Stacey Bess in the picture Beyond the Blackboard by Jeff Bleckner. Stacey is not an ordinary teacher: she gives lessons to the homeless and problematic kids. Having a dream that all the pupils deserve a good education, the girl overcomes her fears and superstitions by the day.

Also, the girl enriched her filmography with the superheroic picture Captain America: The First Avenger (2014) directed by Anthony and Joe Russo. In this movie Chris Evans, Scarlett Johansson, Anthony Mackie, Samuel L. Jackson, and other world-famous stars also appeared together with Emily. In this movie, Emily received the role of Sharon Carter who is also known under her pseudonym of Agent 13. The fragile girl (the actress is 173 cm tall, and her weight is 56 kilos f the actress of 173 cm, and she weighs 56 kilos) is a master of martial arts and knows all the types of the firearms. Moreover, Sharon has an excellent command of espionage and great computer programming skills.

In her free time Emily enjoys communicating with her friends and traveling: on her Instagram page, the girl often publishes the photos from the beach vacations. Also, VanCamp is n active user of Twitter, and she adores cooking and visiting various restaurants. Emily admits that she gets rids of the stress which she gets during her acing activity with the help of meditation. Moreover, the girl confessed that she didn’t like cardinal experiments with her appearance, for example, she would never make a tattoo.

What about romantic relations, since 2012 the girl meets Joshua Bowman. They played together in the American soap opera with the elements of the psychological thriller under the title Revenge. When they only began their relationship, the web was filled with the gossips about the forthcoming marriage of the loving couple. It's also known that earlier Emily had relations with Joseph Morgan, however in a short time the young people separated.

In 2016 Emily took part in the shooting of the second part of the franchise Captain America: Civil War where she played together with Robert Downey Jr., Jeremy Renner, and Chadwick Boseman. Moreover, she performed in the Canadian drama Pays.

In 2017 the spectators will see the American series The Resident in which VanCamp played one of the major roles. 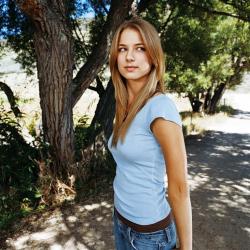