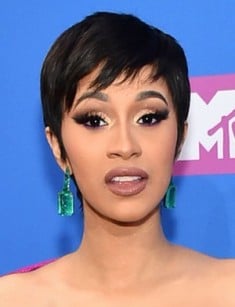 Cardi B’s life began in a troubled area of New York, and the young woman’s career could have been less successful. She gave her first performances in a strip club; people could hardly think that an ordinary dancer would become a star soon. Thanks to her talent and determination, the singer from the Bronx earned her fame and love of thousands of fans.

The would-be musician was born on October 11, 1992. Her father came from the Dominican Republic; the mother was of the Trinidadian origin. It was probably this mixture of roots that gave Cardi B her distinctive appearance and undoubtful talent.

Belcalis Marlenis Almánzar spent her childhood in the Bronx. As the singer said in her interviews, she was brought up by her grandmother. When the girl grew up, she entered a bad company and communicated with a street hooligan band. When Belcalis finished school, she got a job in a local supermarket and later became a strip dancer in a nearby club.

The rapper’s pseudonym pertains to the early period of her career: “Cardi B” is made up of the same letters as the word “Bacardi,” one of the favorite drinks of bar frequenters.

Cardi B admitted that the strip club job saved her: she managed to collect enough money to rent an apartment and stopped living with her relatives who sometimes put hands on her and even sexually harassed her. At that period, the young woman registered on Instagram where she shared beautiful photos and later posted funny sketches.

Little by little, Cardi B became popular. She decided to try herself in a new role and began to perform rap songs.

Initially, the artist collaborated with other musicians: she presented several tracks with Lady Leshurr, Josh X, and other singers. However, the real fame lay ahead.

In fall 2017, the woman had the song “Bodak Yellow” released; it was a hit of many rap music charts. In a while, she presented the Spanish version of the same song and the remix recorded with Kodak Black.

The beginning of the next year was marked with new achievements and top positions in charts: “Bodak Yellow” remained popular, and the audience also took fancy in “No Limit,” “I Like It,” and “MotorSport.” In April 2018, the debuting album Invasion of Privacy that contained these hits came out. This work became the leader of sales and downloads.

According to Cardi B, the numerous sold-out concerts and 12 MTV Video Music Awards nominations (the singer won two) were the best award for her.

Cardi B’s style is often compared to other rappers. The woman emphasized that Missy Elliott and Tweet had an influence on her art. Besides, Belcalis admires Madonna and Lady Gaga; they set the role models for her.

In addition to music, Cardi B is fond of fashion. In 2017, she became spokesperson for several cosmetic brands. Unfortunately, some designers do not appreciate the beauty’s eccentric style, yet the singer believes she will become a trendsetter one day.

Cardi B does not like to remember her first significant relationship: the rapper said that romance was shotgun and preferred to keep the details off scene. Fortunately, the woman’s personal life has improved: in 2017, she married Kiari Cephus known as Offset. Similar to his wife, the man is a rapper and knows the other side of being a show-business person: endless rehearsals, tours, and studio work. Perhaps, the common interests help Belcalis and Kiari understand each other.

The singer often told journalists she liked children and dreamed of having a large family. In 2018, her dream seemed to come true: the woman gave birth to a daughter, Kulture Kiari Cephus.

Fans often discuss the singer’s religious opinions: Cardi B claims she has close connections with God and communicated with Him directly several times. Besides, the rapper is a feminist and always supports women’s rights.

Nowadays, Cardi B tries to spent as much time with her husband and daughter as possible. Still, she finds some time for music and social events. In fall 2018, her name appeared in the media: she had a fight with her colleague, Nicki Minaj.

The conflict began when Nicki allegedly spread some false information about Cardi B. The stars did not feel embarrassed to use the strong language. At last, Cardi threw her shoe in her opponent but missed.

Recently, the singer has presented a new hit, “Taki Taki.” Fans welcomed the composition. Selena Gomez, DJ Snake, and Ozuna contributed to the work. In 2019, Cardi B is going to present the second album which is likely to be as popular as the first one. 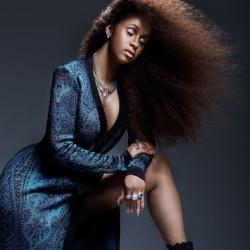