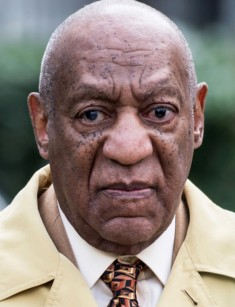 Bill Cosby (William Henry Cosby Jr.) – is an American comedian, actor, director, scriptwriter, a producer who is famous due to his stand-up performances and to the series I Spy. He is the owner of a couple of Emmy TV Awards. At the age of eighty-one, the actor had to finish his career because of the huge scandal, arrest, and imprisonment.

William Henry Cosby Jr. was born on the 12th of July, 1937 in Philadelphia, in the State of Pennsylvania. He is one of four sons in the family of Anna Pearl (née Hite), a maid, and William Henry Cosby Sr., who was on the service of US Navy.

After the father's military recruitment to the army the eight-year Bill, the senior child in the family, stayed at home to look after his minor brothers and replaced the parents for them. The boy was studying at Mary Channing Wister school; he was the president of the class and the captain of baseball and athletics teams, he played soccer and basketball. In childhood, Cosby showed an inclination to the acting art and took part in the school performances. The young man didn't finish the school; he failed the exams in the 10th grade.

In 1956 Cosby enlisted to the USA Navy. At first, he served as a hospital corpsman Marine Corps Base Quantico in Virginia and later at Naval Station Argentia in Newfoundland, Canada; and in National Naval Medical Center in Maryland. He was working in physical therapy, helped Navy military personnel and Marine Corps who got injured during the Korean War.

In 1961 Bill finished correspondence courses and received the diploma about the secondary education. He entered the department of physical education at the college of the Temple University. In his young years, Cosby worked as a bartender in one of the clubs of Philadelphia. Here he began to show his comic talents.

Here, talking jokes to the clients of the club, Bill became conscious of the fact that he was able to make people laugh. This fact made the future comedian appear on the stage what defined his future biography. Having given up his studies, William began to act in stand-up shows in the clubs of Philadelphia, in New York, Chicago, Las Vegas, San Francisco, and Washington. Cosby finished his education in 1972, he received the Bachelor’s and Master’s degrees and wrote the doctoral dissertation.

In the summer of 1963 Cosby was invited to appear on the television to take part in the evening show on the NBC channel. In 1964 he concluded the contract with Warner Bros. Records and released the disc "Bill Cosby Is a Very Funny Fellow...Right!", the first one in the series of comedy albums.

William has achieved success in the stand-up genre, his album "To Russell, My Brother, Whom I Slept With" has become number one in the list of "40 Greatest Comedy Albums of all times", and the Spin magazine has considered his creative work "a masterpiece stand-up comedy." Bill made up jokes from his childhood memories. Unlike other comics, he avoided some delicate and risky topics.

In 1965 Cosby was invited to perform the main role in the series I Spy about the American special agents who found themselves in some ridiculous situations. This role has become one of the most remarkable roles in the actor's career.

This project became the first on the television in which the Afro-American played the central personage. The management of the show was worried that the show wouldn’t be sold because of this fact. This show was refused in Georgia, Florida, and Alabama. However, the perfect acting has overcome racial prejudices, and the series has become a hit. During a long time, it was in the TOP twenty of the most popular TV projects. Cosby's acting was noticed with three Emmy nominations for Best Actor in the TV Series.

During the shooting of the series I Spy Bill continued to perform as a stand-up comic. He recorded half-dozen of albums and got fancy for the music. In 1967 there was released the album with the songs performed by the actor. After this, he broke the contract with Warner Bros. to found his own recording studio.

In 1968 on CBS channel there was released the documentary Black History: Lost, Stolen, or Strayed with the participation of Cosby. In this movie, the actor has bent the rules and frankly commented on the problems of the black actors. The same year the man founded Tetragrammaton Records in Los Angeles. The studio was actively working in 1968-1969, the contract with the British Deep Purple group turned out to be the most successful.

Cosby worked in plenty of TV projects and was a regular guest of Evening Show on NBC Channel. In 1969 Bill began to release The Bill Cosby Show, the sitcom which has lasted for two seasons. Cosby played the role of Physical Education teacher in Los Angeles high school. Even though the show wasn't very popular at the movie critics, it was high-rate. The actor was appreciated for the fact that he involved Afro-American performers to this project such as Lillian Randolph and Moms Mebli as characters.

In the seventies, the man created The New Bill Cosby Show which lasted for one season only. The animated series Fat Albert and the Cosby Kids which was broadcast from 1972 till 1979 was very popular. At the same period William took part in many comedy movies which popularized the idea of the participation of the Afro-American actors in the movies: Uptown Saturday Night, Let's Do It Again and others.

In 1992 The Cosby Show was on air again. At the same time the actor continued to participate in the movies and TV projects Ghost Dad, The Meteor Man, I Spy Returns and others.

In 2001 Bill concluded the contract with 20th Century Fox studio on the release of the full-length movie about Fat Albert. The premiere of the film was held in 2004.

On the 2nd of May, 2015 in the Cobb Energy Center of Performing Arts in Atlanta, Georgia, there took place the comedian’s last concert within Far From Finished tour.

The release of the new season of The Cosby Show was set for 2015 though it didn’t happen because the actor was convinced in the sexual violence. TV channels and studios stopped their cooperation with Bill, and all the videos with his participation were deleted from the websites.

It's known that for the last time Cosby appeared with his stand-up performance in LaRose jazz club in Philadelphia on the 23rd of January, 2018.

William married Camille Hanks on the 25th of January, 1964. The spouses have five children, Erika (1965), Erinn (1966), Ennis (1969), Ensa (1973) and Evin (1976). Bill together with his wife pursued the houses in Shelburne, Massachusetts, and Cheltenham, Pennsylvania. There they placed the collection of the oeuvres of Afro-American culture which they collected since 1967.

The death of their only son Ennis became the real tragedy in the personal life of the actor. His son was killed on the 16th of January, 1997 when he was replacing the wheel on the roadside of 405 highway in Los Angeles. Then the actor lost his daughter, Ensa who died of because of the renal failure on the 23rd of February, 2018 while waiting for transplantation. Bill has got three grandsons.

In 2005 Cosby was accused of rape for the first time. Andrea Constand has filed a lawsuit. The authorities almost left this lawsuit without attention. It was considered that the victim and thirteen other witnesses who suffered from the violence from the actor just wanted fame and money.

In his numerous interviews with the journalists, William denied all the information. The situation has turned to another side after the speech of the comedian Hannibal Buress in which he mentioned his colleague’s crimes. Forty women came to the court to tell about sexual harassments from the side of Bill.

The New York magazine published the photos of Cosby’s victims on the cover of July’s edition in 2015. The statute of limitations was up on many lawsuits. In November of 2015, there were left only eight connected civil suits in the filing system. In July of 2015, there were published the case file of Konstand against Cosby, complete transcript of the actor’s testimonies in which he confessed in the casual sex under the influence of drugs. All this information was sent to mass media and was published later.

In December of 2015 in the district of Montgomery, Pennsylvania, there were brought three charges against Cosby in the commitment of the criminal offense of the second degree. During the first trial in June of 2017, there took place some violations. During the retrial on the 26th of April, 2018 the Jury found the actor guilty of sexual assault with the aggravating circumstances.

On the 25th of September of 2018, Cosby was sentenced to thirty years of imprisonment.

After sentencing Cosby was taken to the correctional facility of Montgomery district.

At present, the actor has been transferred to SCI Phoenix stat prison in the town of Skippack, Pennsylvania. Here he will serve his sentence in the solitary confinement. The lawyers report that the actor has lost his sight. 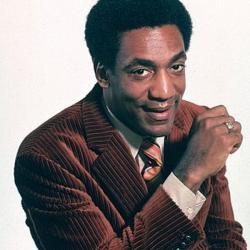